The owner of two UK fertiliser plants whose shutdown sparked a food supply crisis has agreed to restart production after talks with the government.

CF Industries produces carbon dioxide – a critical part of the food production process – as a by-product of manufacturing carried out at the sites in Billingham on Teesside and Ince in Cheshire.

But the US firm said last week that it had stopped work at the plants because of the surge in gas prices while Norwegian company Yara also said it was reducing production at ammonia factories across Europe, including one in Hull. 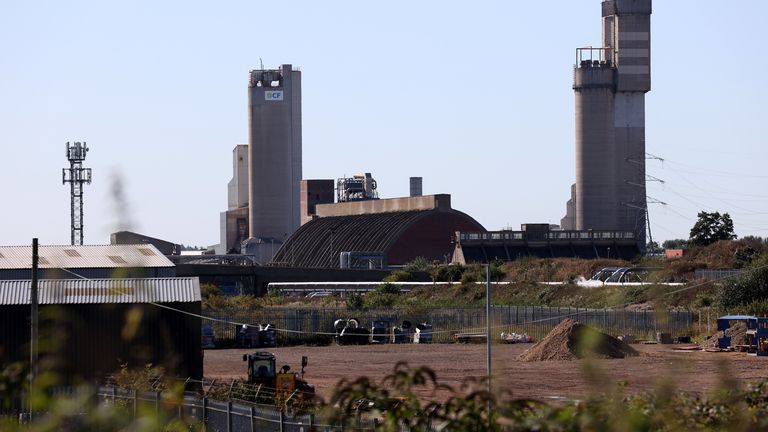 The CO2 shortage had created a crisis in the food industry because the gas, which is a by-product of the fertiliser manufacturing process, is used to stun farm animals before slaughter as well as in the vacuum packing process.

It prompted warnings that shoppers could start noticing shortages in poultry, pork and bakery products within days.

That piled pressure on ministers to act over a knock-on effect of the Europe-wide gas price crisis that threatened to have a major impact on consumers.

Details of the deal to restart manufacturing at CF’s UK sites, after talks between the company and business secretary Kwasi Kwarteng, were not immediately made clear.

But it was welcomed by the British Retail Consortium (BRC), which said the move would “help prevent availability issues arising” and that it was vital production was restarted as soon as possible.

It came as the prime minister told Sky News the energy crisis was a “short-term problem” and said he did not think there would be disruption to food supplies at Christmas. 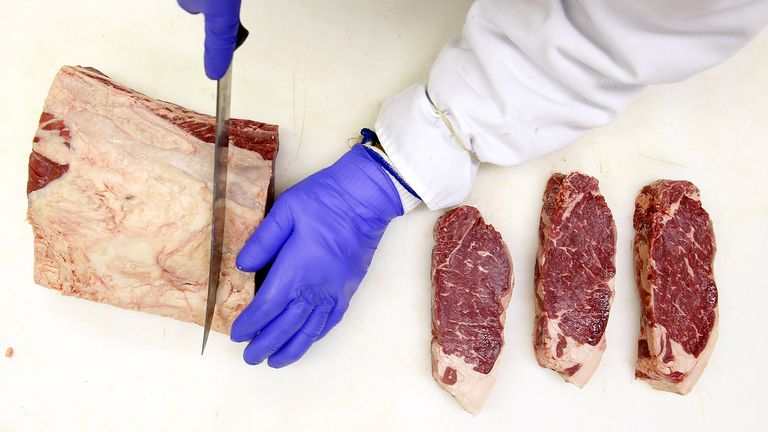 The gas price spike is also having a big impact on domestic energy suppliers – with two smaller players going out of business last week.

Sky News revealed on Tuesday that another firm, Green, had lined up insolvency advisers.

The government has made it clear that it will not offer bail-outs to those firms that go bust.

But the crisis could result in state-backed loans being offered to the larger suppliers, which will have to pick up the pieces by taking on their customers.

Buying gas on the wholesale market for all of those households affected – who could number in the millions – will prove costly at current inflated prices.

The related crisis in CO2 supply follows a previous shortage in 2018 – and the meat industry had voiced fears that the latest one could be worse.

It has said the product plays a “critical and irreplaceable role in the food and drink manufacturing process”.

The food industry has already been wrestling with other big supply chain challenges created by Brexit and the pandemic – including a shortage of 100,000 HGV drivers and a lack of workers in meat processing factories.

Andrew Opie, the BRC’s director of food and sustainability, welcomed the announcement of a “deal to get CO2 production back to normal levels”.

“It is vital that production at the Cheshire and Stockton-on-Tees plants is restarted as soon as possible, and distributed quickly to food manufacturers in need of it.

“To support this, and other supply chain issues that have arisen in recent weeks, the government must also find a solution to the shortage of HGV drivers.”

The British Meat Processors’ Association said it was meeting the government later but had not yet been given details of the deal and when production was planned to resume.