LONDON – Having stepped off social media earlier this year, Bottega Veneta is exploring an alternative way to engage with its collaborators and worldwide audience with a new, visually-focused digital journal called Issue. Issue 01 launches online Wednesday with a variety of collaborators of different ages, talents and backgrounds including Barbara Hulanicki, Missy Elliott and Tyrone Lebon.

The journal, which features original photography, film, images of the collection and vintage advertising juxtaposed with short CGI videos, will publish online four times a year, and coincide with the launch of the Bottega collections in store. It also wants to reflect the mood of each collection, with the first issue looking at the idea of domesticity.

“It’s about allowing people to immerse themselves into our world – by taking their time rather than scrolling past on a feed,” said Daniel Lee, Bottega Veneta’s creative director. He said he’s interested in exploring “a slower pace in consuming culture today.”

Lee added that focusing on a quarterly publication offers a “really exciting opportunity to work with our artists and our community and create visuals, sound and film. It’s about expanding our universe and giving further meaning to the product.” 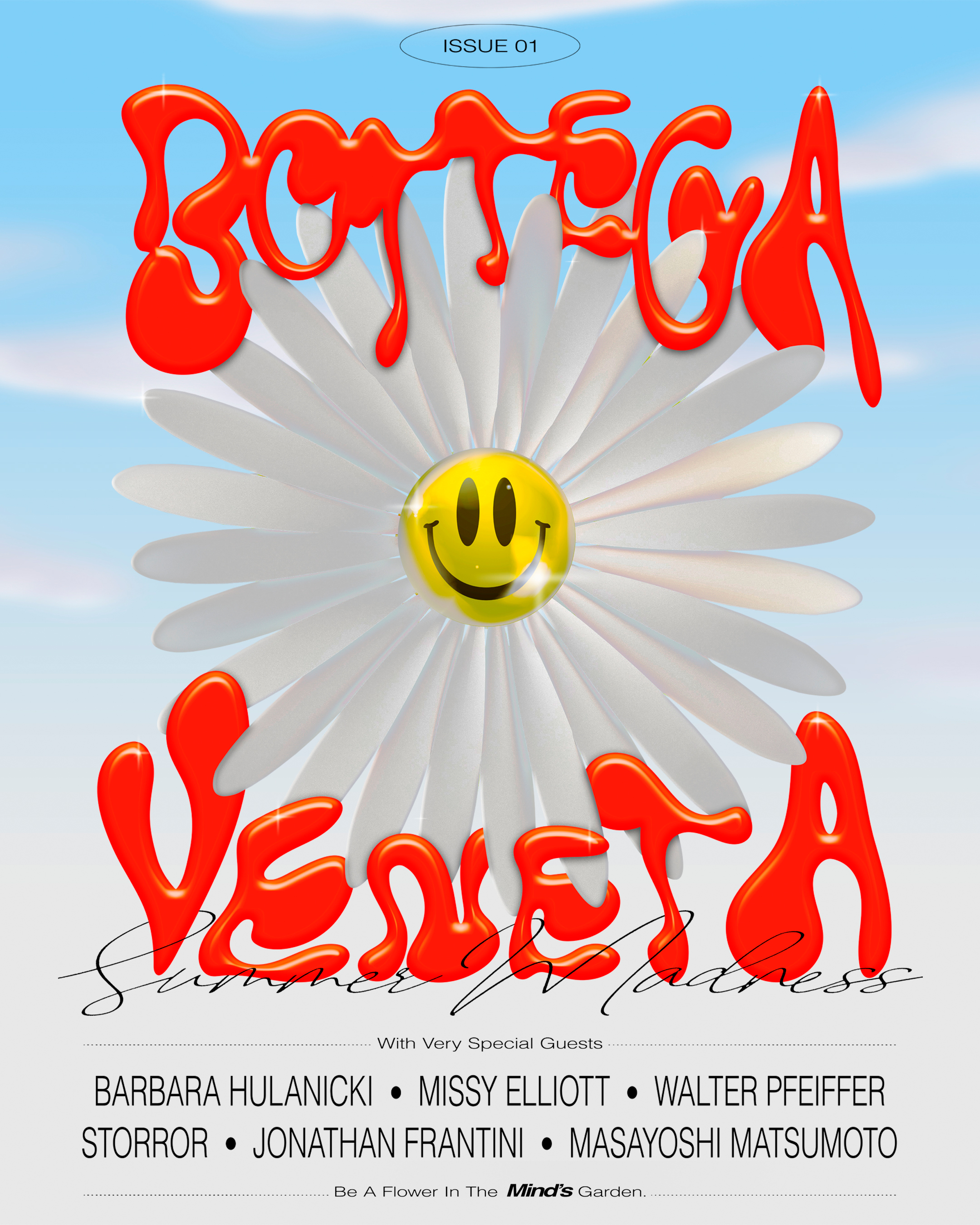 A cover of Bottega Veneta’s Issue 01 by James Lacey.

Lee believes that “social media represents the homogenization of culture. I feel that everyone constantly sees the same stream of information. As a creative, I find that very limiting. At Bottega Veneta, we are all about promoting individuality, so we just wanted to do it our way.”

While there is product on the pages, including chunky chain bracelets, knitwear and runway video from the brand’s show at Sadler’s Wells in London last year, this is not a selling platform. It’s also free and meant to be consumed over time rather than in short spurts.

As reported, Bottega began disappearing from social media accounts earlier this year with no explanation. Having quit Instagram and other social media in January, it wiped its Weibo account — which had 270,000 followers — and other feeds last month. The company had repeatedly declined to comment on the strategy.

Following a results presentation, Kering chairman and chief executive officer François-Henri Pinault indicated that Bottega’s move was not dissimilar to that of its stablemate Balenciaga, which since 2018 has posted what appear to be user-generated images without captions on its Instagram account.

Unlike Balenciaga, Bottega Veneta abruptly deleted its Instagram account, which had 2.5 million followers. In its place now are myriad fan sites and pages, such as @newbottega, which are not officially affiliated with the brand.