PARIS — Calls in some parts of the Islamic world to boycott French products kept amplifying on Monday, after France’s President Emmanuel Macron last week said the country “will not give up caricatures, drawings,” referring to cartoons of Muhammad that have been circulating.

Macron’s been vocal about promising to defend secular values and fight radical Islam after a teacher, Samuel Paty, was beheaded by a Muslim attacker on Oct. 16 for showing cartoons of Muhammad during a class in the Paris suburb of Érgany.

The recently reissued cartoons of Muhammad by the French satirical publication Charlie Hebdo are at the heart of the outcry. They were the same drawings that sparked anger in numerous countries and al-Qaeda, which claimed the January 2015 terrorist attack at the newspaper in which 12 people were killed.

The Islamic tradition forbids depictions of Muhammad and Allah.

Some Arab trade groups have begun removing French products from their shelves. The agri-food, cosmetics and luxury industries are expected to be the hardest hit. 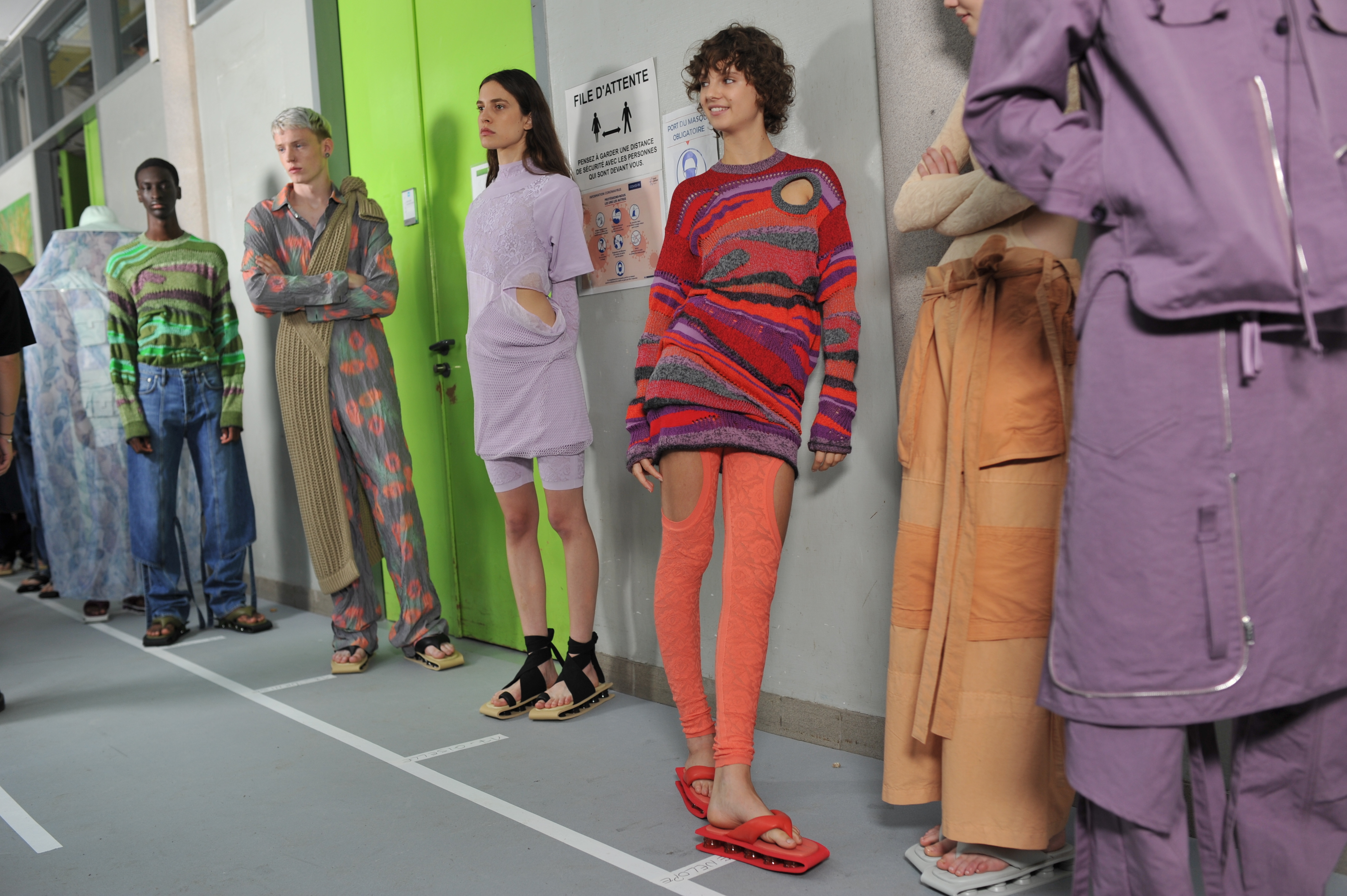 Demonstrations, such as one in front of the French ambassador to Israel’s residence in Paris, have been taking place over the past few days.

Qatar University, a government university, a few days ago reportedly postponed indefinitely its French Culture Week in the wake of the cartoon controversy. Qatari investments in French fashion concerns include the Printemps department store and the fashion house of Balmain.

On Monday, numerous European leaders, from countries such as Germany, Greece and Austria, spoke out in support of Macron.

France’s Minister of Culture Roselyne Bachelot, during an interview on BFMTV Monday morning, said that a strategy of “appeasement” and “explanation” is needed in light of the protests and calls to boycott.

Dozens of small French sites have been hacked to show Islamist propaganda, according to reports.

The cartoon’s displays have been decried by various groups, including the Organization of Islamic Cooperation. Hashtags such as #boycottfrenchproducts and #boycottfrance are gaining momentum online.

“We do not yet have any feedback from the targeted countries allowing us to observe whether the boycott calls are being followed and are impacting or not the sales of French cosmetics products,” said the Fédération des Entreprises de la Beauté. “We trust the French authorities to remind our partner countries of the absurdity of this boycott and call on them to dissociate from it.”

Carrefour, L’Oréal and Kering declined to comment on the burgeoning boycott on Monday.

The Africa, Middle East zone generated 2.3 percent of L’Oréal’s sales in the first nine months of this year.

“Other markets,” which includes the Middle East, represented 6 percent of Kering’s revenues in the first half of 2020.

At LVMH Moët Hennessy Louis Vuitton, the Middle East is included in “other markets,” which accounted for 11 percent of revenues in the first half.

Seref Fayat, chair of the clothing committee at Turkey’s main industry group TOBB, downplayed the diplomatic faceoff, even as lists of French cosmetics, fashion and food brands were making the rounds.

“I really don’t think Turkish consumers care very much about a boycott. Quite often they don’t even know what country which item comes from anyway — especially given that supply chains are so globalized now,” he said during an interview on Monday. “It will blow over in a week at most. And even then, I think it’s more something that will be in people’s minds rather than something that will make a difference to their behavior while out shopping.”

France has said it would recall its envoy to Turkey.

The attack outside Paris came a few weeks after another violent incident late last month in central Paris, not far from Charlie Hebdo’s former offices, when a man stabbed two people and said his actions were a result of the cartoons.