BEIJING (Reuters) – China’s retail sales slipped in July, dashing expectations for a modest rise, as consumers in the world’s second-largest economy failed to shake off wariness about the coronavirus, while the recovery in the factory sector struggled to gain momentum. 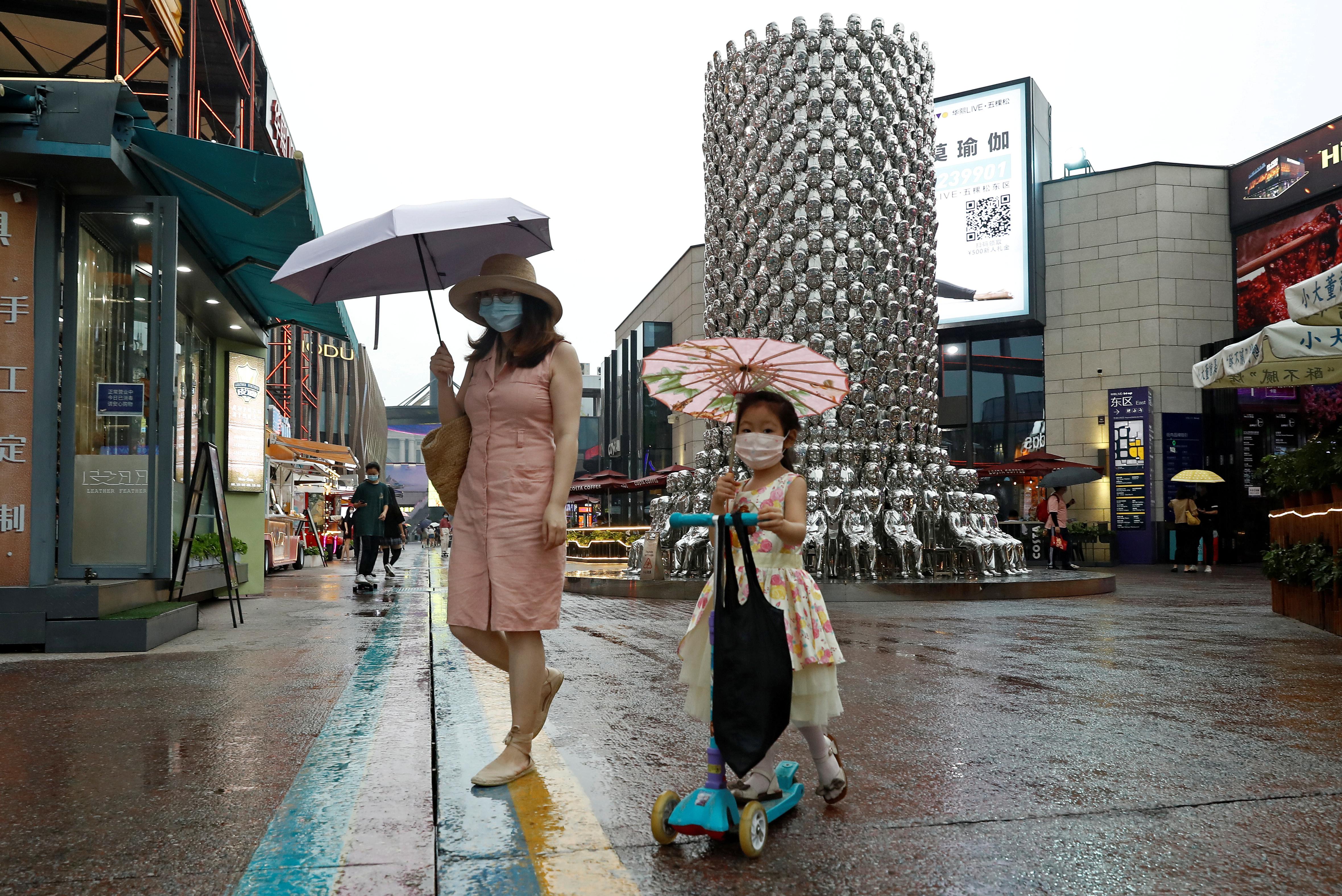 Asian markets pulled back on Friday following the disappointing set of economic indicators, which raised concerns about the fragility of China’s emergence from coronavirus.

China’s recovery had been gathering pace after the pandemic paralysed huge swathes of the economy as pent-up demand, government stimulus and surprisingly resilient exports propel a rebound.

However, the data from the National Bureau of Statistics on Friday showed weaker-than-expected year-on-year industrial output growth and retail sales extending declines into a seventh straight month in July. That was slightly offset by firmer property investment, which showed recent stimulus was supporting construction activity.

“Looking ahead, we expect a renewed acceleration in infrastructure investment in the coming months as planned government bond issuance continues to ramp-up,” said Martin Rasmussen, China Economist at Capital Economics.

“This should drive a further rebound in industry and construction, helping to absorb labour market slack, indirectly shore up consumption and keep the economic recovery on track.”

Industrial output grew 4.8% in July from a year earlier, in line with June’s growth but less than forecasts for a 5.1% rise.

The decline in retail sales was broad based with garments, cosmetics, home appliances and furniture all worsening from June.

Investment, on the other hand, was driven by the fast expansion in the property sector, with analysts expecting infrastructure spending would accelerate in coming months on the back of government support.

China’s economy returned to growth in the second quarter after a deep slump at the start of the year, but unexpected weakness in domestic consumption weighed on momentum.

Fixed-asset investment fell 1.6% in January-July from the same period last year, in line with expectations but slower than a 3.1% decline in the first half of the year.

Infrastructure investment, a powerful driver of growth, fell 1.0% year-on-year, easing from a decline of 2.7% in the first half.

“After the floods are over, I believe the construction work for affected areas will boost fixed-asset investment and industrial production,” said Iris Pang, chief economist for Greater China at ING.