SHANGHAI/BEIJING (Reuters) – A sharp escalation in tensions with the United States has stoked fears in China of a deepening financial war that could result in it being shut out of the global dollar system – a devastating prospect once considered far-fetched but now not impossible. 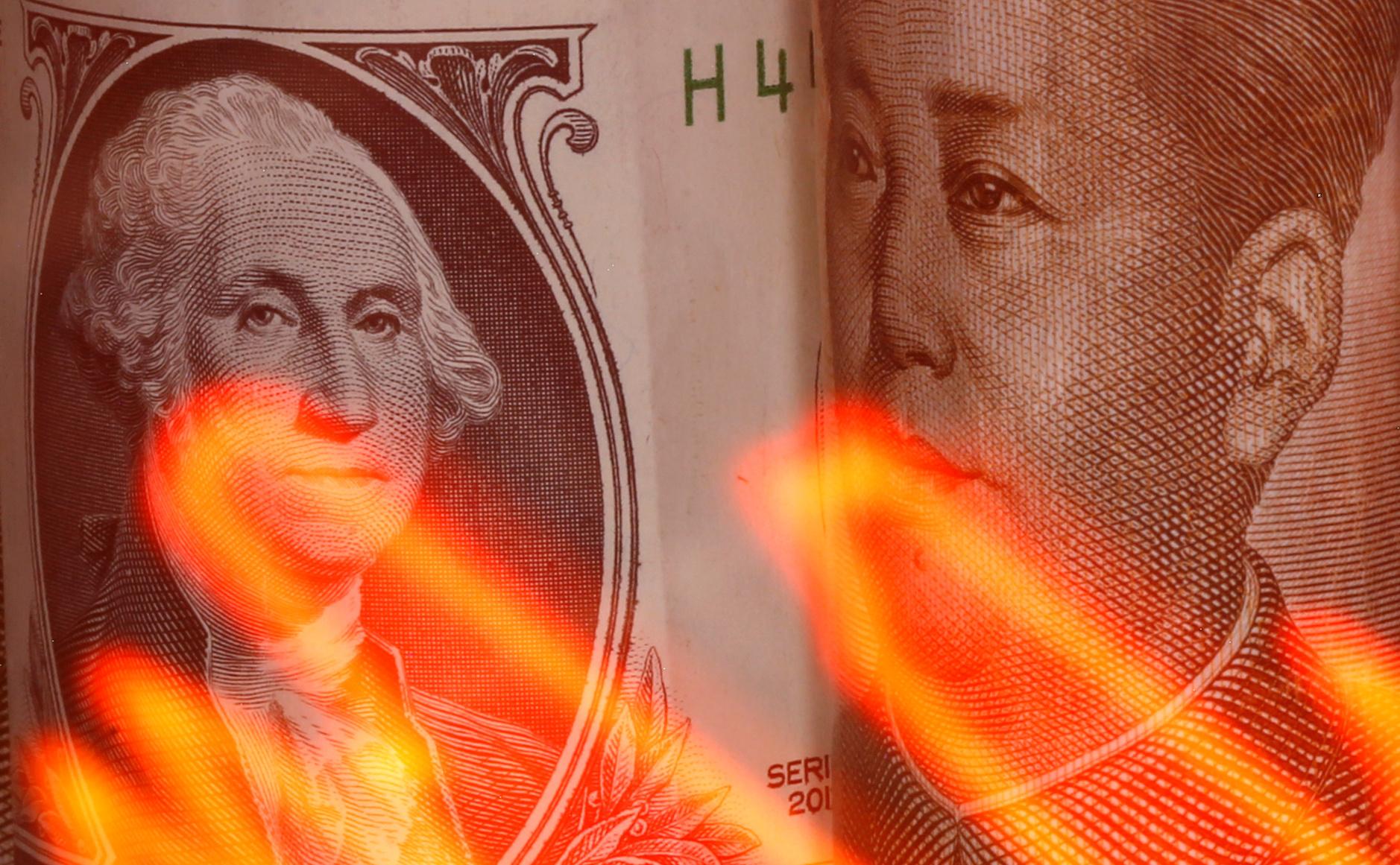 Chinese officials and economists have in recent months been unusually public in discussing worst-case scenarios under which China is blocked from dollar settlements, or Washington freezes or confiscates a portion of China’s huge U.S. debt holdings.

Those concerns have galvanised some in Beijing to revive calls to bolster the yuan’s global clout as it looks to decrease reliance on the greenback.

Some economists even float the idea of settling exports of China-made COVID-19 vaccines in yuan, and are looking to bypass dollar settlement with a digital version of the currency.

“Yuan internationalisation was a good-to-have. It’s now becoming a must-have,” said Shuang Ding, head of Greater China economic research at Standard Chartered and a former economist at the People’s Bank of China (PBOC).

The threat of Sino-U.S. financial “decoupling” is becoming “clear and present”, Ding said.

Although a complete separation of the world’s two largest economies is unlikely, the Trump administration has been pushing for a partial decoupling in key areas related to trade, technology and financial activity.

Washington has unleashed a barrage of actions penalising China, including proposals to bar U.S. listings of Chinese companies that fail to meet U.S. accounting standards and bans on the Chinese-owned TikTok and WeChat apps. Further tension is expected in the run-up to U.S. elections on Nov. 3.

“A broad financial war has already started … the most lethal tactics have yet to be used,” Yu Yongding, an economist at the state-backed Chinese Academy of Social Sciences (CASS) who previously advised the PBOC, told Reuters.

Yu said the ultimate sanction would involve U.S. seizures of China’s U.S. assets – Beijing holds over $1 trillion yuan in U.S. government debt – which would be difficult to implement and a self-inflicted wound for Washington.

But calling U.S. leaders “extremists”, Yu said a decoupling is not impossible, so China should make preparations.

The stakes are high. Any move by Washington to cut China off from the dollar system or retaliation by Beijing to sell a big chunk of U.S. debt could roil financial markets and hurt the global economy, analysts said.

Fang Xinghai, a senior securities regulator, said China is vulnerable to U.S. sanctions and should make “early” and “real” preparations. “Such things have already happened to many Russian businesses and financial institutions,” Fang told a June forum organised by Chinese media outlet Caixin.

“We have to mentally prepare that the United States could expel China from the dollar settlement system,” he told Reuters.

In a report he co-authored last month, Guan called for increased use of China’s yuan settlement system, Cross-Border Interbank Payment System, in global trade. Most of China’s cross-border transactions are settled in dollars via the SWIFT system, which some say leaves it vulnerable.

After a five-year lull, Beijing is reviving its push to globalise the yuan.

Central bank chief Yi Gang said in remarks published on Sunday that yuan internationalisation is proceeding well, with cross-border settlements growing 36.7% in the first half of 2020 from a year earlier.

Still, internationalisation is hampered by China’s own stringent capital controls. It could also face resistance from countries that have criticised China on matters ranging from the coronavirus to its clampdown on Hong Kong.

The yuan’s share of global foreign exchange reserves surpassed 2% in the first quarter, Yi said. It also beat the Swiss franc in June to be the fifth most-used currency for international payments, with a share of 1.76%, according to SWIFT.

One way to accelerate cross-border settlement would be to price some exports in renminbi, such as a possible coronavirus vaccine, suggested Tommy Xie, head of Greater China research at OCBC Bank in Singapore.

Another is to use a proposed digital yuan in cross-border transactions on the back of currency swaps between central banks, bypassing systems such as SWIFT, said Ding Jianping, finance professor at Shanghai University of Finance and Economics.

China has fast-tracked plans to develop a sovereign digital currency, while the PBOC has been busy signing currency swap deals with foreign counterparts.

Shuang Ding of Standard Chartered said Beijing has no choice but to prepare for Washington’s “nuclear option” of kicking China out of the dollar system.

“Beijing cannot afford to be thrown into disarray when sanctions indeed befall China,” he said.