Retailers and brands were spooked by the coronavirus pandemic, which undid the tourist economy of Las Vegas, but Resorts World still managed to bring in more than a dozen brands to its soon-to-open space.

“It’s been a challenge, but most of these partners we were in talks with before the pandemic,” said Scott Sibella, president of Resorts World. “But changes happened with COVID-19, it was hard. Everyone just froze during the last 12 months, but we kept conversations going.”

Alongside about 15 permanent retailers in the massive complex, which sits on the former site of the famed Stardust Resort and is roughly 8 million square feet with a 175,000-square-foot casino and a 3,500-room hotel, there will be a mix of restaurants and entertainments venues, too.

“This is essentially a city within a city that creates all sorts of market segments,” Sibella said. “We don’t think it’s been done before in Vegas and it’s not been easy.”

But the 70,000 square feet of retail space will be first occupied by brands like Judith Leiber, Hervé Leger, O Bag, Black Clover and Fred Segal, which is essentially the compound’s anchor tenant. And some of the space will be dedicated to pop-ups for various brands to change throughout a given year.

“We’re surrounded by luxury and high-end shopping and when it came to retail, we did not want to create a mall,” Sibella said. As for the pop-up strategy, he noted that some major brands are in talks to take over some space this year, but the overall goal is to keep the retail segment of Resorts World from being stale for visitors, many of whom do travel to Vegas more than once a year. 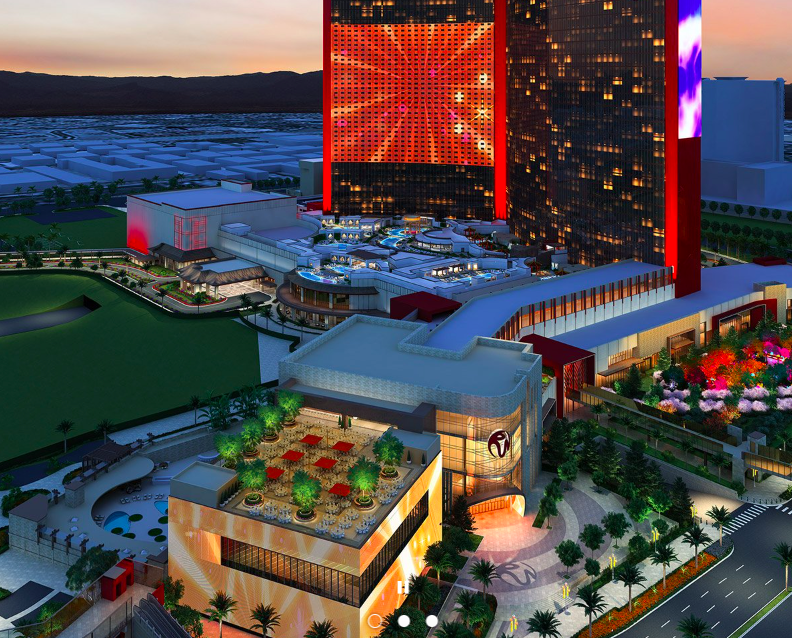 All of the Fashion at the 2021 BAFTA Awards

“When you come to Vegas, you should see different product,” he said.

As for when such people will start returning to Vegas, Sibella said as pandemic restrictions have started to loosen up in recent weeks, there’s already been an uptick in domestic visitors. More flights have been coming in, he said, and at least one convention, for the concrete industry, is scheduled for June and is expected to bring in some 60,000 people. It’s being hosted across the street from Resorts World.

“The return [of tourism] is going to be strong, but we’ve got to get all of the segments back,” Sibella said, referring to the mix of conventions, entertainment, domestic and international tourism Vegas is built on.

“Just in the last six months we’ve almost doubled the airlift into Vegas, but our concern is more the convention business. International business won’t be returning until next year.”

Despite the ongoing impact of the pandemic, Sibella said Resorts World is still on schedule to open this summer, although an exact date has not been set. As construction continued throughout the last year, it’s also coming in on budget of $4.3 billion, making it the most expensive Vegas development ever.

But Sibella did admit that, under the circumstances, it may take a bit longer than initially projected for the center to make the money it expects to.

“We’re being optimistic and what we’ve learned is properties up and down The Strip are still making money, but not at pre-COVID-19 levels,” Sibella said. “So are we going to make what we thought we would make pre-COVID-19? No, that may take us a year. But we plan on making money from the first months we’re open.”