SCAFFOLDING WITH STYLE: There’s a new look on Madison Avenue in front of several storefronts — alternative scaffolding. It’s less of an eyesore and appears more suited to the streetscape than the usual shabby structures.

Urban Umbrella has partnered with the Madison Avenue Business Improvement District to offer businesses and organizations along the avenue a 20 percent discount. “Urban Umbrella is a game-changer. It takes a necessary element of the New York City streetscape, and not a particularly welcome one — scaffolding — and turns it into an amenity,” said Matthew Bauer, president of the Madison Avenue BID. He said the scaffolding allows for passage of light and air, generally looks good and makes the street more inviting for pedestrians.

“We sought a scaffolding provider that would complement our façade and allow us to remain operational, so we could provide our client families with the services and accommodations they deserve and expect,” said William Villanova, president of the funeral chapel, located at 1076 Madison Avenue, at the corner of 81st Street. Urban Umbrella’s scaffolding system at the funeral chapel has LED lighting and scrim printed to look like the facade of the building. “People commented on its beauty and design, and asked if it was being installed for a special event,” Villanova said.

“New York City’s businesses and storefronts need as much support as possible to encourage pedestrian traffic in a way that is safe, in order to cultivate prosperity and stability in the wake of the city’s post-pandemic economic recovery,” said Benjamin Krall, founder and chief executive officer of Urban Umbrella. According to the company, as of March 2021, it has scaffolding and sidewalk sheds installed on more than 100 buildings in New York, Boston, Chicago, Connecticut, Toronto and Vancouver. 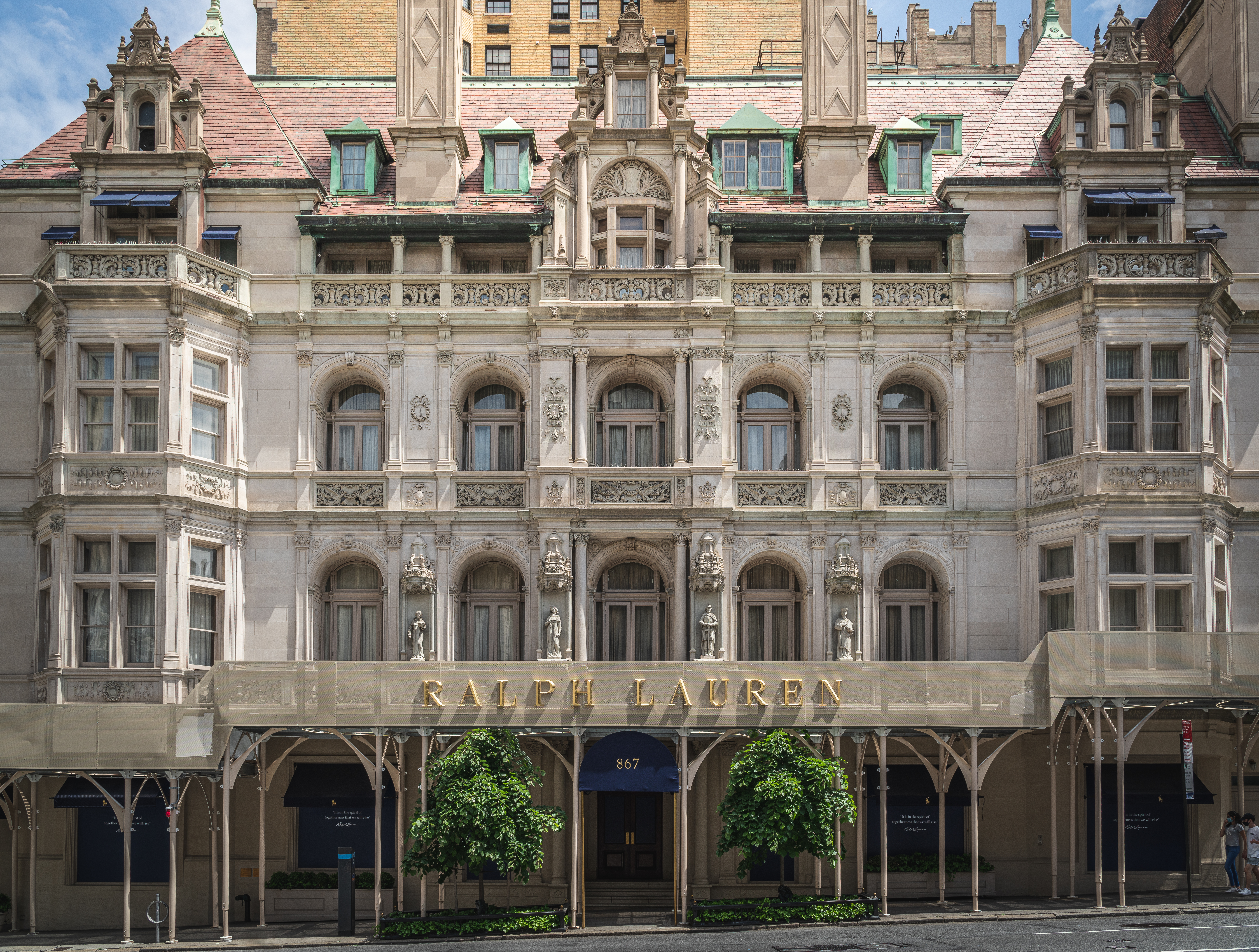