With social distancing rules in place and strip clubs and brothels closed, sex workers around the world have seen their incomes disappear almost overnight as a result of the coronavirus pandemic. Fearing for their livelihoods, as well as their health, some are offering services online to keep their business going, while others are turning to charities for help.

Estelle Lucas has worked as an escort for the past 10 years in Melbourne, carefully building relationships with her clients. But the spread of Covid-19 and the need for social distancing has prompted a ban on sex work, leaving her worried those efforts will go to waste.

“It’s fair to say that if I’m not working for six months, a lot of people are going to forget me,” she says.

“I can’t contact my clients and just have a conversation with them. That doesn’t work in my industry. We need to build intimacy and that’s just not possible in the current environment.”

Before the coronavirus outbreak, Estelle says she was earning an above-average income, and had hoped to soon pay off the mortgage on her home in Melbourne’s inner suburbs.

Now nearly all her income has been lost. She has tried to adapt by moving her business online, but says that cannot replace physical contact. 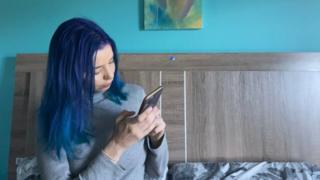 “Unfortunately, there are things that can’t be translated,” she says. “I have made efforts to go online but not everyone is tech savvy. Some of my clients don’t even really know how to use a smartphone.”

While the regional government has outlined a clear roadmap to reopening restaurants and cafes, there has been no plan for the sex industry. That uncertainty, coupled with the many unknowns surrounding the virus itself, has left many sex workers with deep anxiety.

“I’m scared that all my work will come back to zero and I will just have to start hustling like I did when I first started out,” Estelle says. She also fears for her clients’ health. “Are they even going to be there?” she says. “There’s a lot of nervous energy going around.”

Financial assistance from the Australian government is available to those who have lost their income because of the Covid-19 crisis, but to qualify for the payments workers need to be able to show they have been paying tax – something that unregistered sex workers including migrants and trans people, often won’t be able to do.

It’s a problem facing sex workers in dozens of countries around the world, according to Teela Sanders, a criminology professor at the University of Leicester.

“Governments have been very good at providing social protection for the majority of people, particularly self-employed people, but sex workers are not included,” she says.

That’s left sex worker collectives and advocacy groups calling for members of the public to donate to emergency funds.

“These have been a real lifeline to sex workers for immediate bill paying, access to food etc,” says Prof Sanders.

Some sex workers have been forced to continue working, risking hefty fines or exposure to the virus. 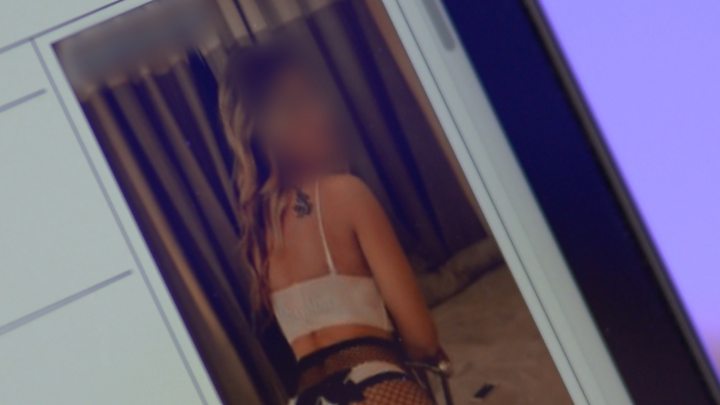 “In developing countries, sex workers are often the main breadwinner for the whole family, for their siblings, their children and their grandparents. So this affects the whole extended family,” Prof Sanders says.

Niki Adams from the English Collective of Prostitutes echoes that view. She told the BBC most sex workers in the UK are mothers and if they are continuing to work, it is because they are desperate for money.

But some sex workers find themselves unable to keep working – even if they would choose to.

In Daulatdia brothel in Bangladesh, police guard the entrance, preventing customers from entering.

It is one of the world’s biggest brothels, a shanty town made up of tin sheds and narrow alleyways that is home to 1,300 women and their 400 children.

The brothel has been closed since March, leaving many of the women struggling to buy essential items and relying on donations from charities.

“We cannot work now, so we don’t have any income, which is scary,” says “Nazma”, who didn’t want to give her real name.

Nazma supports three children who live with her sister back in her village. She came to the brothel 30 years ago when she was just seven. Although she needs money, she worries about the dangers of working during the pandemic.

“Even if we could work, people’s lives are at risk from the virus. We’d be scared to go to bed with our clients anyway, as we don’t know who is affected,” she says.

Daulatdia sits on the banks of the Padma River, near a major ferry terminal. It is the main transport hub that connects the Bangladeshi capital Dhaka with the country’s southern districts.

Prior to the coronavirus outbreak, thousands of truck drivers would pass through the area every day, delivering agricultural products and other goods to Dhaka.

Many of the women and children who live in the brothel are victims of trafficking.

“A lot of them who were kidnapped as children were sold there,” says Srabanti Huda, a lawyer and human rights activist based in Dhaka.

While the Bangladeshi government and local aid organisations have delivered some emergency funds to the women, Srabanti says it hasn’t been enough and some women received nothing at all.

“The amount of donations they’ve received from the government does not even cover a packet of powdered milk for the children,” she says.

In early May, Srabanti organised a private aid delivery, distributing packets of basic supplies for each of the 1,300 women registered at the brothel.

Reduced access to healthcare services is an issue facing sex workers globally, according to Prof Sanders. The problem is particularly acute in areas where there is high demand for regular antiviral drugs from those living with HIV.

Prof Sanders is working with a team in Nairobi to develop an “Uber-style” app that will enable sex workers to order medication using their phones and have it delivered.

“It’s sent directly to them via a mode of transport rather than the person coming into the clinic,” she says.

Back in Daulatdia brothel, another sex worker who didn’t want to be named is returning from a trip to see her daughter, who lives in a nearby home for the children of sex workers.

Even when the brothel reopens, it will take a long time for the industry to recover, she says.