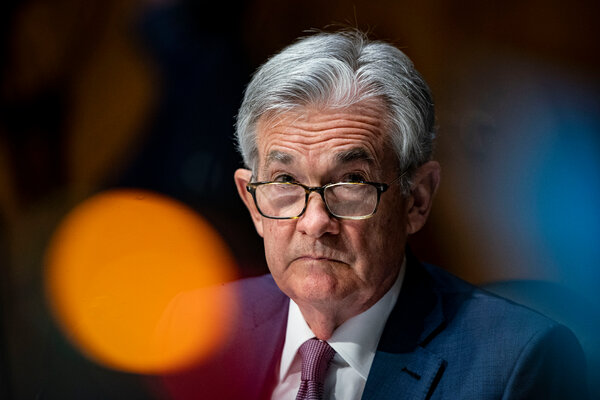 Jerome H. Powell, the Federal Reserve chair, said on Tuesday that the central bank was focused on returning the economy to full strength, and he emphasized that the Fed would be more ambitious and expansive in its understanding of what that meant.

Speaking before House lawmakers on Tuesday afternoon, Mr. Powell emphasized that the Fed was looking at maximum employment as a “broad and inclusive goal” — a standard it set out when it revamped its policy framework last year. That, he said, means the Fed will look at employment outcomes for different gender and ethnic groups.

“There’s a growing realization, really across the political spectrum, that we need to achieve more inclusive prosperity,” Mr. Powell said in response to a question, citing lagging economic mobility in the United States. “These things hold us back as an economy and as a country.”

The Fed cannot solve issues of economic inequality itself, he said. Congress would need to play a role in establishing “a much broader set of policies.”

But Mr. Powell’s explanation of full employment came as many lawmakers wanted to talk about the second of the central bank’s two goals: stable inflation. The Fed chair was quizzed repeatedly about the recent pickup in price gains, with Republicans warning that the trend could become dangerously entrenched — even quoting statistics about recent jumps in bacon and used-car prices — as Democrats warned that the central bank should not be quick to react to the price pressures.

“There’s sort of a perfect storm of very strong demand and weak supply due to the reopening of the economy,” Mr. Powell said, adding that much or all of the recent overshoot in inflation came from short-term bottlenecks. “They don’t speak to a broadly tight economy.”

Mr. Powell added that price jumps have been bigger than expected and that the Fed was monitoring them closely, but he said they were still expected to wane over time. He also acknowledged that economic data was uncertain now, given quirks in supply and demand as businesses reopen.

“We have to be very humble about our ability to really try to draw a signal out of it,” Mr. Powell said.

He said he had “a level of confidence” that strong price gains would be temporary but was not certain when bottlenecks would clear up. Nevertheless, the goods and services categories where costs are picking up quickly, like restaurants and travel, are clearly tied to the pandemic.

“It should not leave much of a mark on the ongoing inflation process,” he said.