New rules over office romances are being rolled out at the investment giant BlackRock.

They will now extend to relationships outside the office in a bid to clamp down on conflicts of interest.

BlackRock staff were already expected to tell managers if they were dating one of their 16,000 colleagues.

But the new policy, shared in a memo with staff, says they must disclose relationships with “external partners” with a connection to the firm.

The size of the New York based firm, which has more than $7tn under management and vast numbers of suppliers and clients around the globe, means that the new rules will have far-reaching implications, shining a probing light into the personal lives of potentially hundreds of thousands of people.

It follows the #Metoo movement, which revealed sexual harassment within a range of professional settings and focused attention on workplace strategies to clamp down on relationships between bosses and subordinates.

McDonald’s chief executive Steve Easterbrook was removed after a relationship with a colleague came to light.

At BlackRock late last year senior executive Mark Wiseman, was fired for failing to disclose an affair with a colleague. He had been tipped as a possible successor to the firm’s high profile chief executive Larry Fink.

While many workplaces now require staff to be open about relationships with colleagues, BlackRock’s new policy is unusual in asking for information about partners at other firms.

The policy says they should disclose any personal relationship they have at any “service provider, vendor, or other third party (including a client), if the non-BlackRock employee is within a group that interacts with BlackRock”, according to the internal memo, seen by the BBC. 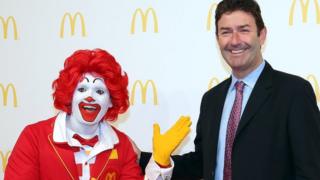 The new policy defines which relationships come under the new policy as any that could be “susceptible to perceived impropriety, bias, favouritism, and/or abuse of authority within a work environment”.

That includes not only romantic or sexual relationships, but family connections and outside business interests.

However it adds: “To be clear, however, you do not need to disclose friendships with work colleagues.”

Disclosures would be treated with discretion, but if deemed to be a problem, “alternative work arrangements” may be put in place, the memo says.