CLYDE, Ohio/OTTAWA (Reuters) – President Donald Trump on Thursday moved to reimpose 10% tariffs on some Canadian aluminum products to protect U.S. industry from a “surge” in imports, angering Ottawa and some U.S. business groups. 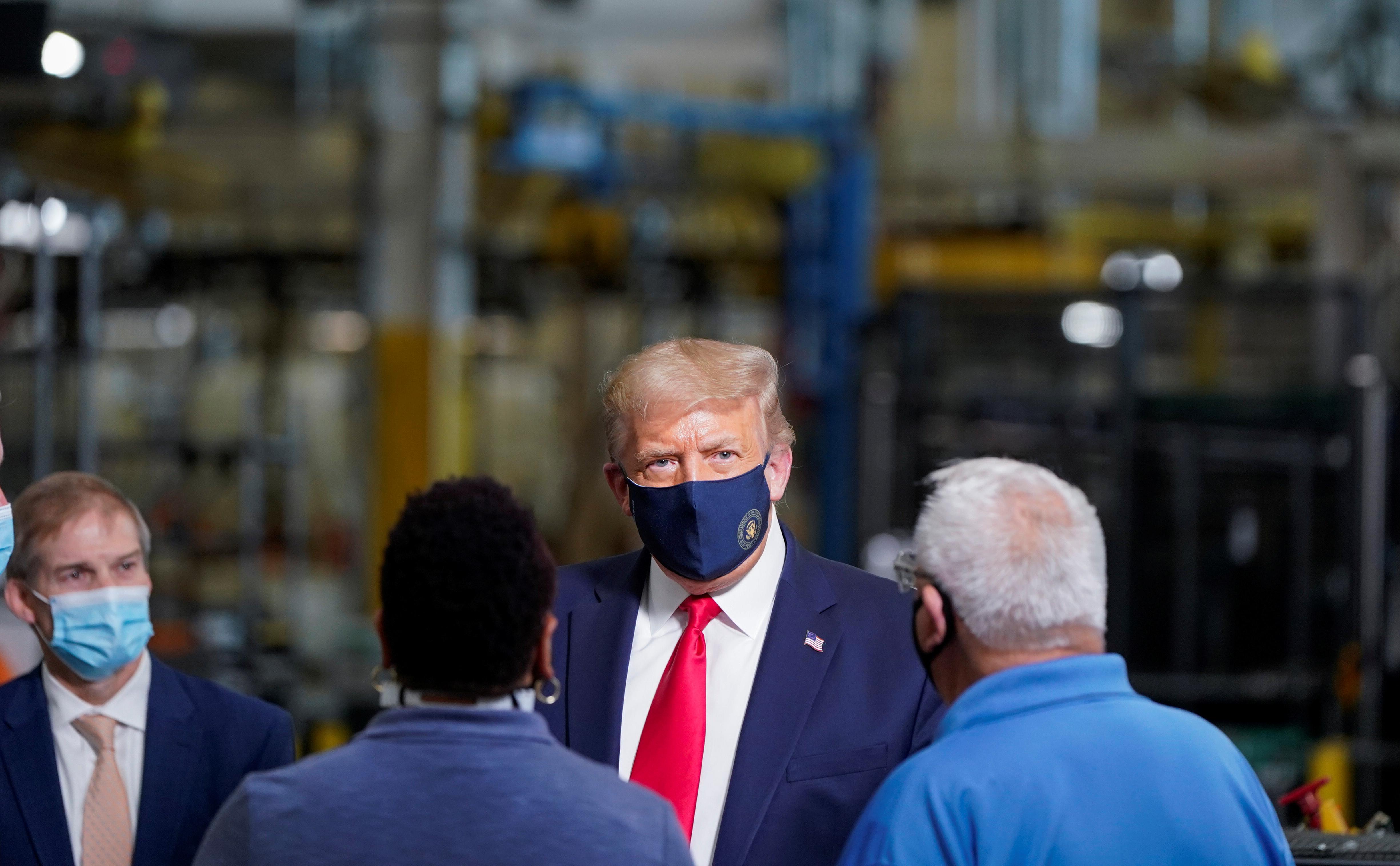 Canada pledged retaliation as tensions heightened between the close allies just weeks after a new continental trade deal between the United States, Mexico and Canada came into effect.

During a speech at a Whirlpool Corp washing machine factory in Ohio to tout his “America First” trade agenda, Trump said he signed a proclamation reimposing the “Section 232” national security tariffs. The step was “absolutely necessary to defend our aluminum industry,” he said.

Ohio is a critical swing state that Trump won in 2016. Polling shows a tight race with Democrat Joe Biden in the state ahead of this year’s Nov. 3 presidential election.

Trump trails the former vice president in national polls and is competing with him for blue-collar working class voters. The tariff announcement could be aimed at showing those voters he intends to fight for their jobs and upend trade policy further if he remains in office.

But some prominent business groups criticized the move as counterproductive and unhelpful to U.S. interests.

The U.S. Trade Representative’s office said the 10% tariffs apply to raw, un-alloyed aluminum produced at smelters. The tariffs do not apply to downstream aluminum products.

“Several months ago, my administration agreed to lift those tariffs in return for a promise from the Canadian government that its aluminum industry would not flood our country with exports and kill all our aluminum jobs, which is exactly what they’ve done,” Trump said. “Canadian aluminum producers have broken their commitment.”

Canada has a natural advantage in primary aluminum production because of its ample supply of hydroelectric power.

Canadian Deputy Prime Minister Chrystia Freeland said the tariffs would hurt workers and regional economies already hit by the coronavirus pandemic and pledged Ottawa would retaliate as it had done in 2018, when Trump first imposed punitive measures on Canadian steel and aluminum.

“In response to the American tariffs, Canada intends to swiftly impose dollar-for-dollar countermeasures,” Freeland said in a statement.

Freeland – in overall charge of relations with the United States – will formally respond to the tariffs at 11 am (1500 GMT) on Friday, her office said in a statement.

In 2018, Canada slapped tariffs on C$16.6 billion ($12.5 billion) worth of American goods ranging from bourbon to ketchup. Trump lifted the sanctions in 2019.

Trump peppered his remarks with criticism of Biden and predicted “depression time” if the Democrat won, higher taxes and put more regulations.

“To be a strong nation, America must be a manufacturing nation and not be led by a bunch of fools. That means protecting our national industrial base,” Trump said.

Trump has sparred with close U.S. allies over trade throughout his presidency.

The U.S. Chamber of Commerce called the move “a step in the wrong direction” that would raise costs on companies and consumers.

The Aluminum Association, which says it represents companies that produce 70% of the aluminum and aluminum products shipped in North America, said the move undermined the new U.S.-Mexico-Canada trade agreement at a time when domestic demand was already down nearly 25% year-to-date.

Michael Bless, chief executive of Century Aluminum, one of the few remaining U.S. primary aluminum smelting companies and which lobbied for the tariffs, said the move “helps to secure continued domestic production of this vital strategic material”.