WASHINGTON (Reuters) – Contracts to buy U.S. previously owned homes rebounded by the most on record in May, suggesting the housing market was starting to turn around after being hammered by the COVID-19 pandemic along with the rest of the economy. 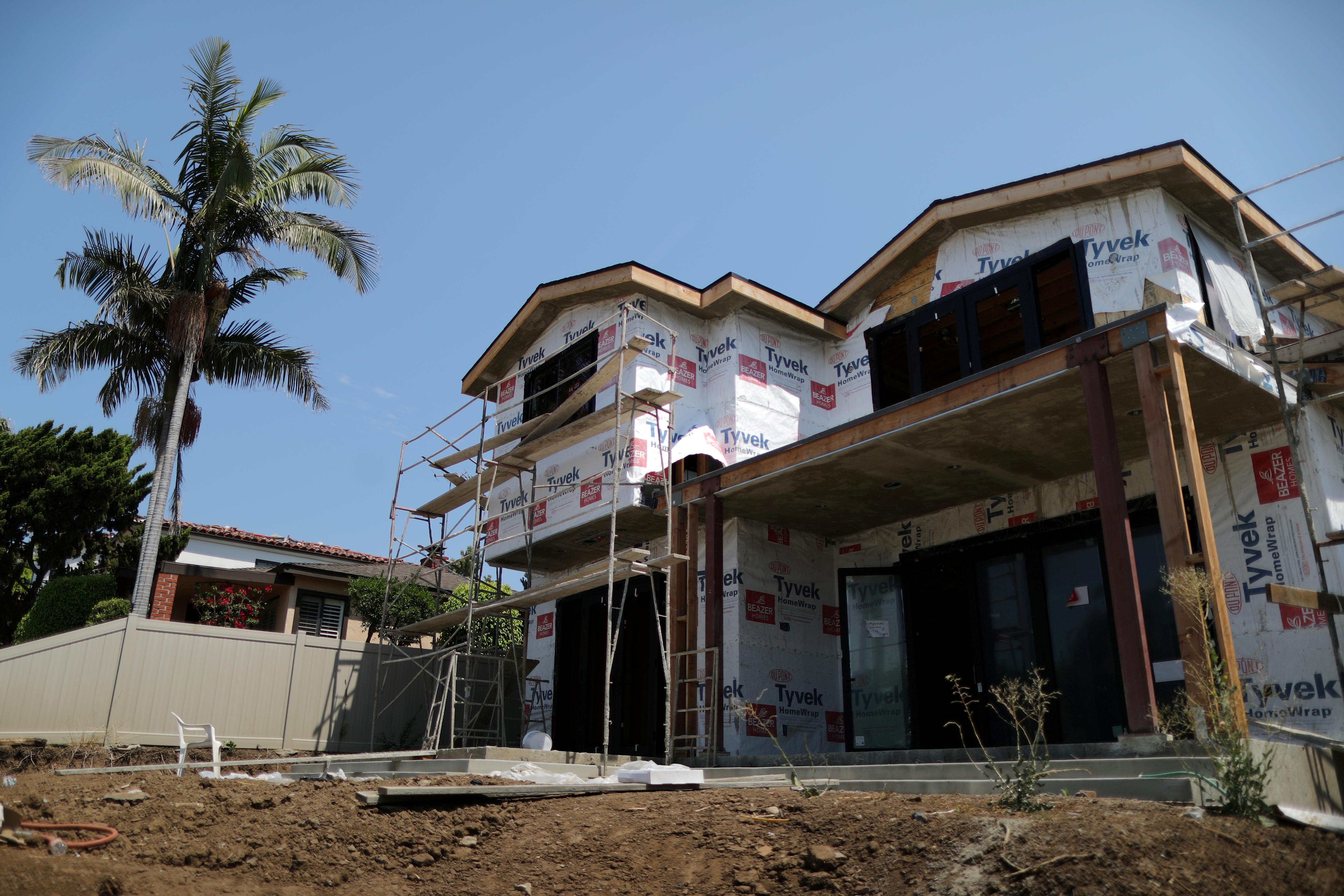 Other data on Monday showed an improvement in manufacturing activity in Texas in June after three months of record or near-record declines in output. But surging infections of the respiratory illness in many regions, including the densely populated Texas, Florida and California, pose a risk to the nascent recovery. The economy fell into recession in February.

The National Association of Realtors said its Pending Home Sales Index, based on contracts signed last month, surged 44.3%, the largest gain since the series started in 2001. Still, contracts remain 10.6% below their level in February before businesses were shuttered in a bid to slow the spread of coronavirus, almost grounding the economy to a halt.

Economists polled by Reuters had forecast pending home contracts, which become sales after a month or two, rebounding 18.9% in May. Pending home sales fell 5.1% from a year ago.

Home resales tumbled to a more than 9-1/2-year low in May. Economists believe the housing market could emerge more quickly from the recession, which started in February, thanks to historic low interest rates.

Applications for home loans are near an 11-year high and building permits rebounded sharply in May as did new home sales. But record unemployment, with 30.6 million collecting unemployment checks in the first week of June, is a challenge.

Stocks on Wall Street were trading higher after a sharp selloff last week. The dollar was steady against a basket of currencies. U.S. Treasury prices were mixed.

There were also signs of green shoots in manufacturing. In a separate report on Monday, the Dallas Federal Reserve said its Texas Manufacturing Outlook Survey production index, a key measure of state manufacturing conditions, increased to a reading of 13.6 this month from -28.0 in May.

It said other measures of manufacturing activity also pointed to a rebound in growth this month, with the new orders index racing 34 points to 2.9, its first positive reading in four months. Nearly a third of manufacturers reported an increase in orders. Measures of capacity utilization and shipments also returned to positive territory in June.

But manufacturers’ views of broader business conditions were mixed. The general business activity index surged 43 points but stayed negative at -6.1. The outlook index pulled back into positive territory, rising to a reading of 2.7 from -34.6 in May. About 29% of manufacturers said the outlook had improved, up from 12% last month.

Factory employment measures remained weak. The employment index rose 10 points to a reading of -1.5, with 15% of firms reporting hiring, while 17% said they had laid off workers. The hours worked index rose to -4.3 from -22.8 in May.

Though manufacturers reported paying more for raw materials, a gauge of prices for finished goods remained negative for the sixth straight month. The wages and benefits index returned to positive territory after two negative readings.