In journal articles, conferences, congressional hearings and meetings with regulators, Carter Catlett Williams illuminated the miseries of nursing home residents with the sympathetic and descriptive powers of a novelist.

She told stories like that of Miss Cohen, whose restrictive diet prohibited the “warm, fragrant chunk of challah” she had eaten on Friday nights her whole life, causing Miss Cohen to refuse food entirely; and of Mr. Denby, a “courtly, dignified former executive” who underwent “identity loss” after he became “unable to rise to greet or bid farewell to his guest because he is tied to his chair.”

She amassed hundreds of accounts along these lines. They helped Ms. Williams influence the 1987 Nursing Home Reform Act, which required skilled nursing facilities to maintain the “physical, mental and psychosocial well-being of each resident.”

The law transformed common practices in nursing homes and strengthened a reform movement, some of whose arguments have been vindicated by the devastation of Covid-19.

“Those words ‘psychosocial well-being’ are in there because of Carter,” said Barbara Frank, a former associate director of the National Citizens’ Coalition for Nursing Home Reform. “That’s a contribution that we can trace back to Carter that differentiates how some people have fared better during the pandemic.”

Ms. Williams died on Sept. 8 at home in Gloucester, Va. She was 97. Her daughter, Mary Montague, said the cause was a heart attack.

Ms. Williams wanted more dignity and autonomy for nursing home residents. She focused on what she called “the homely details of daily life in a nursing home,” like the ability for residents to choose when they eat meals. In the use of restraints, like the one confining Mr. Denby, Ms. Williams found a central target for her advocacy.

Between 1980 and 1987, at least 35 nursing home residents died because of the use of restraints. One woman was strangled when hers was put on backward. The devices included vests strapped to chairs and bands tying hands and feet to bed rails. As Ms. Williams frequently emphasized, restrained people couldn’t go to the bathroom or even scratch an itch.

During the 1980s, 41 percent of nursing home residents were put in restraints every day. In New York State, the figure was 60 percent.

Ms. Williams had a revelation on a trip to Sweden. She visited a nursing home with 210 residents, none of them restrained. Ulla Turemark, the home’s director of nursing, explained her philosophy of “individualized care”: In contrast to Americans institutions, which rotated staff, the Swedish nursing home asked its employees to get to know the residents.

That enabled them to figure out, for instance, which kinds of chairs and beds would be secure for different residents with different sorts of risks.

“The focus on restraints kind of brought home what it means to focus on individualized care,” Ms. Frank said.

The 1987 law severely restricted the use of restraints. “Individualized care” became a widely held goal: In 2006, a memo issued by the Department of Health and Human Services about “nursing home culture change” used the term 28 times in just 16 pages.

Today, only about 1 percent of nursing home residents get restrained, Ms. Frank said.

“Carter, I would say, was the star of the restraint-free movement,” she added.

Even after the 1987 law and regulations that followed it, Ms. Williams’s vision of everyday life in nursing homes had not been fully realized. In the late 1990s, she led the founding of Pioneer Network, a nonprofit devoted to making nursing homes more humane. It supports coalitions working to reform institutional culture in 22 states.

Pioneer Network’s recommendations include giving residents private rooms, facilitating time outdoors and keeping staff and residents paired together, so they can form bonds.

These measures have made a difference during the pandemic, when the coronavirus has spread in nursing homes amongroommates and a changing array of staff members working on rotating basis, all socializing indoors.

“What we have been working to do is change the design philosophy and practices of care communities and senior living communities away from a medical institution model into one that is focused on the person themselves,” said Penny Cook, the president of Pioneer Network. “One wouldn’t think that that would help in infection prevention, but it does.” 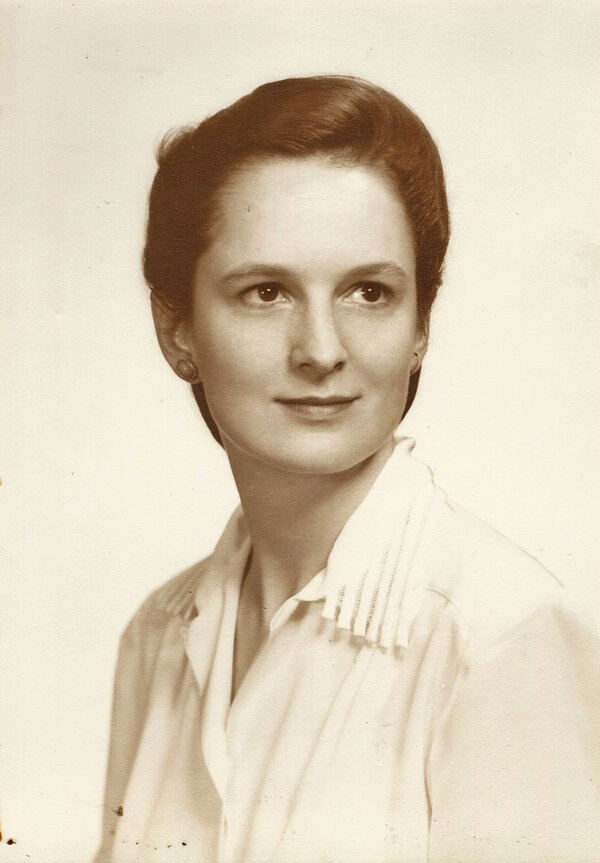 Catharine Mott Catlett was born on Sept. 2, 1923, in San Antonio. Her father, Landon Carter Catlett Jr., an aviator, was stationed at a military base there. He died in a plane crash in 1925, and his wife, Catharine Sanders Mott Catlett, a homemaker, renamed her daughter Carter, the name her father had gone by.

Ms. Williams grew up in Gloucester, in the Tidewater region of Virginia, where her family had lived since the 17th century. Her home was Toddsbury, a 17th-century manor, but she could afford her tuition at Wellesley only through a generous scholarship and sales from her mother’s modest daffodil farming operation.

In 1949, she received a master’s degree from the Simmons School of Social Work in Boston, where she met T. Franklin Williams, who was attending Harvard Medical School. They married in 1951.

In 1968, the family moved to Rochester, N.Y., where Ms. Williams worked at a local nursing home and saw the indignities that would motivate her activism. In 1983, her husband became the director of the National Institute on Aging, a division of the National Institutes of Health. Ms. Williams became involved in national politics, and she and her husband became “a power couple in the world of aging,” Ms. Cook said.

Mr. Williams died in 2011. In addition to her daughter, Ms. Williams is survived by a son, Thomas Nelson Williams; six grandchildren; and three great-grandchildren.

In Ms. Williams’s final years, her defense of old age became personal. When an airline security worker referred to Ms. Williams as “young lady,” Ms. Montague recalled, her mother replied, “Do not rob me of my years.”

As her career slowed down, she found time to look through a small, battered box of letters from her father. In opening remarks at a Pioneer Network conference, she used the experience to show the learning and growth possible even at the end of a life.

“Suppose you didn’t know your father’s love and his very active part in your first 22 months until you were in your eighth decade,” she said. “It’s the glorious adventure of my third age.”

Like so many other writer-directors, Alex Kurtzman grew up worshiping film. But he is adaptable — and in the streaming era, that is a very…