Current scientific techniques are not yet safe or effective enough to be used to create gene-edited babies, an international committee says.

The technology could one day prevent parents from passing on heritable diseases to children, but the committee says much more research is needed.

The world’s first gene-edited babies were born in China in November 2018. The scientist responsible was jailed, amid a fierce global backlash.

The committee was set up in response.

Most countries have regulations in place preventing babies being born after gene-editing, but the incident led to calls for strong international consensus.

Why is gene-editing babies controversial?

Gene-editing could potentially help avoid a range of heritable diseases by deleting or changing troublesome coding in embryos.

But experts worry that modifying the genome of an embryo could cause unintended harm, not only to the individual but also future generations that inherit these same changes.

One example of current technology is CRISPR, a biological system for altering DNA discovered in 2012.

CRISPR scans the genome looking for the right location, and then uses “molecular scissors” to snip through the faulty DNA.

While effective in the lab, the process is less than perfect and can cut out too much DNA.

These unwanted edits could alter other important genes – inadvertently triggering cancer, for example.

But arguably, the most controversial aspect of gene-editing concerns the potential to introduce changes to the germline – DNA alterations that would pass down the generations.

What does the report say?

The commission involves experts from 10 different countries, including members of the UK’s Royal Society and the US National Academy of Medicine.

It made several recommendations, including: 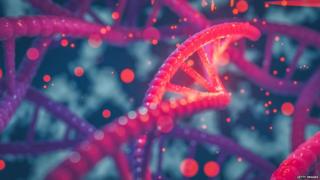 Sarah Norcross, at Progress Educational Trust, said while important lessons needed to be learnt from the world’s first genome-edited babies, the report went too far in the other direction.

She said: “The criteria the report sets out, for the first acceptable clinical use of germline genome editing in humans, are far too narrow.

“Furthermore, the report strays beyond its scientific remit. Much of the report – including a third of its recommendations – concerns governance, which is the focus of a separate genome editing project by the World Health Organization.”

She said: “This area of science could help a group of patients with no other options, but it is not one to be fast-tracked behind closed doors.

“It must be based on strong clinical data showing safety and efficacy, alongside thoughtful public debate that is clearly informed by the best possible scientific evidence.”