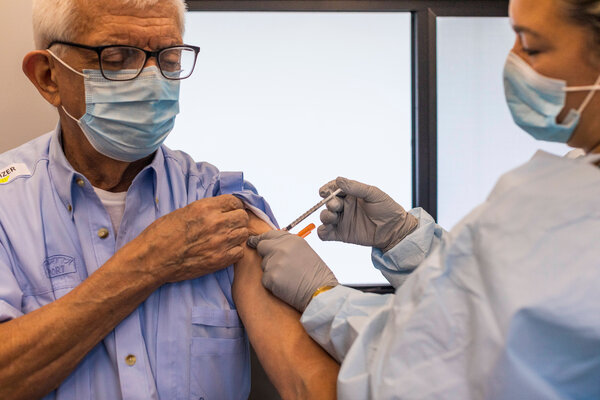 Younger Americans are less likely to be vaccinated than their elders, and factors like income and education may affect vaccine hesitancy, according to two new studies by the Centers for Disease Control and Prevention.

By May 22, 57 percent of adults had received at least one vaccine dose, the authors of one of the new papers found, but the rate varied considerably by age: Among those who were 65 or older, 80 percent had been at least partially vaccinated, compared with 38 percent of those between 18 and 29.

Some of the gap in rates could be attributed to the fact that many young adults did not become eligible for vaccination until March or April. But uptake has also been slower among younger Americans, and a substantial proportion of them remain hesitant.

If vaccine initiation rates remain stable, by late August, just 58 percent of 18 to 29-year-olds will have been vaccinated, compared with 95 percent of those 65 and up, the researchers found.

Vaccination rates lagged for young men, people living in rural counties and people living in counties where a high share of the population was low-income, uninsured or lacked access to a computer or the internet.