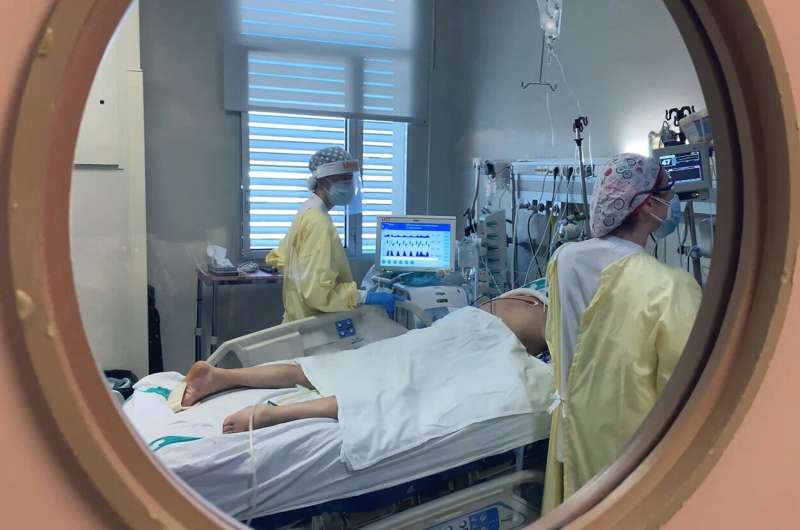 Since the detection of the first SARS-Cov-2 infection cases in November 2019, more than 250 million people worldwide have been diagnosed with the disease, and more than 5 million have died.

Although COVID-19 is primarily a respiratory syndrome, it has been observed and detected in other organs. Several studies have shown affections in the circulatory system, add caffeine treatment children where the virus damages the membrane that covers the inside of the heart and blood vessels, known as the endothelium. The correct circulation of blood in the smallest vessels of our body is of crucial importance. The branching network of these microvessels is the end-point of the circulatory system, where the oxygen transfer and the transport and exchange of heat, nutrients or waste products take place.

To further investigate how the disease could affect microcirculation, an international team of researchers put together a clinical study to monitor the endothelium of COVID-19 patients that had been admitted to different intensive care units (ICUs) around the world. They did this by using a non-invasive, portable, wireless, battery-operated near-infrared optical device to observe microvascular health.

After many months of data gathering and analysis, the researchers have published their preliminary results in the journal Critical Care, where they have provided data for the monitoring of healthy adults versus patients with acute respiratory distress syndrome caused by COVID-19, in six different hospitals across Spain, Mexico and Brazil.

Using NIRS to monitor the microcirculation

The researchers used near-infrared spectroscopy (NIRS) to study the local oxygen saturation on the tissues and the blood and the hemoglobin concentration. They also assessed the severity of the disease in the COVID-19 patients. 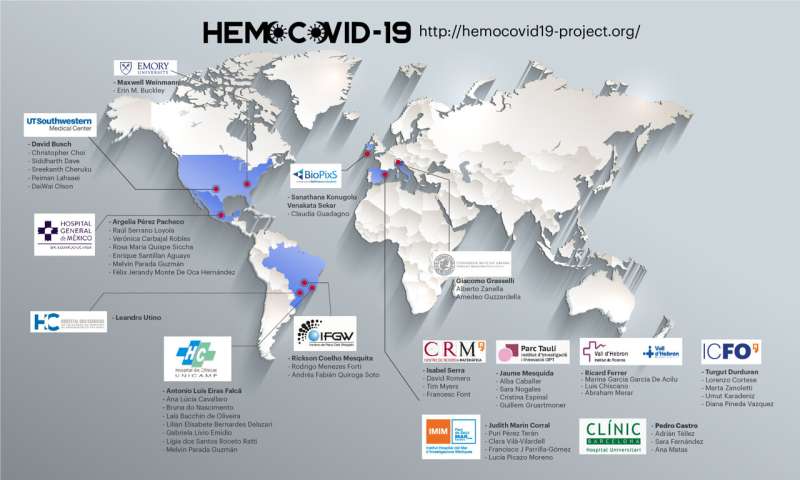 The clinicians first placed the NIRS probe on the forearm of the person. Afterwards, they performed a vascular occlusion test by placing a blood pressure cuff and inflating it, temporarily stopping the blood from flowing through the blood vessels in the arm. They obtained measurements of the oxygen saturation, the metabolic rate of the tissue and the microvascular reactivity.

After gathering data from more than 100 individuals, the team found alterations in severe COVID-19 patients regarding the process of circulation inside the tissue microvessels. They observed that, regarding the respiratory involvement, the degree of those alterations was directly associated with the severity of the disease. The study accentuates the role of the endothelial function, highlighting the relationship between its dysfunction and the severity of the disease. With these observations, the researchers suggest that monitoring the endothelial function could be useful when predicting the course of COVID-19 and other medical conditions.

“These preliminary results are highly relevant in several aspects,” says Dr. Jaume Mesquida, a clinician at the Parc Taulí Hospital. “First, we have reinforced the idea that the severe forms of COVID-19 are a systemic disease that affects the microvessels of the body. Second, we established that the severity of the disease, mainly determined by the pulmonary involvement, correlates with the impairment of the microvascular response in the peripheral skeletal muscle. And finally, we can non-invasively monitor this microvascular impairment. Such findings are promising since a non-invasive tool might be helpful in the early detection of potentially critical patients. Also, it will help us in selecting and monitoring the response to novel therapies targeting the microvessels in the course of COVID-19.”