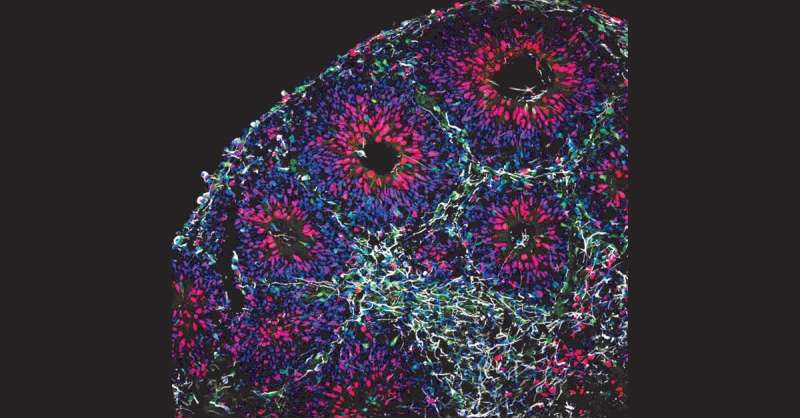 The consequences of prenatal alcohol exposure (PAE) are reflected in the different diagnoses that emerge under the umbrella of fetal alcohol spectrum disorders. At one end of the spectrum, growth deficits and physical differences define fetal alcohol syndrome (FAS), but in most cases, irreversible brain damage leads to behavior and learning challenges even without a physical impact. Experts estimate that 1.1 to 5 percent of U.S. schoolchildren—as many as 1 in 20—may be affected by PAE, with some percentage experiencing FAS.

“The findings underscore the broad threat of alcohol exposure to the fetal brain. The harm inflicted is profound and extensive,” said Alysson R. Muotri, Ph.D., professor in the Departments of Pediatrics and Cellular and Molecular Medicine at UC San Diego School of Medicine.

Muotri is co-corresponding author of the study with Cleber A. Trujillo, a former project scientist in Muotri’s lab and now associate director of stem cell biology at Massachusetts-based Vesalius Therapeutics.

Co-author Kenneth L. Jones, MD, professor of pediatrics at UC San Diego School of Medicine, elaborated, “That is crucial because we can better see what prominent growth and signaling pathways are disrupted and perhaps discover new targets to therapeutically impede or prevent the neuropathology of prenatal alcohol exposure. The good news is that some of these alterations were reversed using specific experimental drugs.”