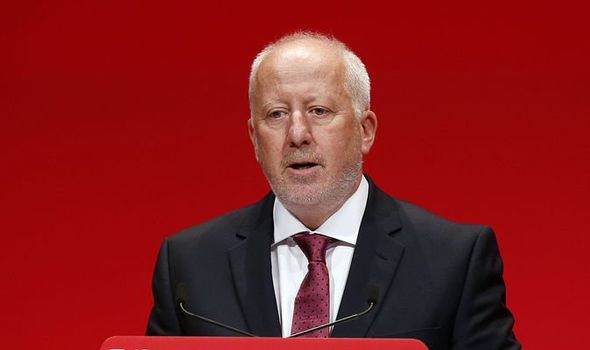 He wrote to Sir Keir: “I joined your frontbench team on the basis of the pledges that you made in the leadership campaign to bring about unity within the party and maintain our commitment to Socialist policies.

“After 18 months of your leadership, our movement is more divided than ever and the pledges that you made to the membership are not being honoured.” The hard-Left MP for Middlesbrough said Sir Keir’s office had told him to argue against a national minimum wage of £15 per hour and against statutory sick pay at the living wage rate.

“This is something I could not do,” Mr McDonald said.

The timing of his resignation, in the middle of Sir Keir’s first full conference as leader, raised suggestions it was meant to destabilise him.

The Labour boss said he is focused on making Labour electable so it can deliver its policies. He added: “I want to thank Andy for his service in the Shadow Cabinet.

“Labour’s comprehensive new deal for working people shows the scale of our ambition and where our priorities lie. My focus and that of the whole party is on winning the next general election.”

Manuel Cortes, general secretary of the Transport Salaried Staffs’ Association, praised Mr McDonald, adding: “Frankly, our leadership needs to realise that our party is a broad church and we need more people with Andy’s type of politics on our frontbench, not less.”

Dowden said the resignation showed Labour was in disarray.

He added: “Labour are divided and fighting among themselves. Labour’s conference gets more chaotic by the minute. How can people trust them to run the country?”

Shadow Communities Secretary Steve Reed said he was surprised by the exit but added: “We all of us need to be disciplined enough to focus on the things that matter. The party is rallying round Keir in a way I’ve never seen in a very, very long time.”

Deputy Leader Angela Rayner caused more trouble for Sir Keir after calling Tories “scum”. She said it was a term “you would hear very often in northern working-class towns”. A YouGov poll found 70 percent of northerners and 58 percent of Londoners said it was unacceptable.

Shadow Cabinet member Emily Thornberry appeared to suggest Ms Rayner had been drinking: “What she was doing at a fringe meeting – where there may have been drink partaken… People just need to know the atmosphere, it was not a sitting around, considered debate.”