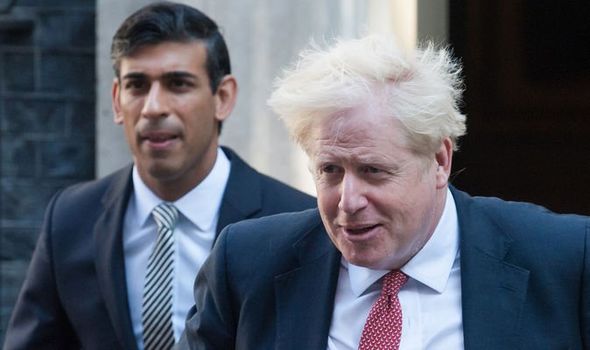 It was claimed over the weekend the Prime Minister was left so angry a note from the Chancellor calling for the easing of travel restrictions had been released that he lashed out in front of officials.

In an open meeting he was said to have suggested Mr Sunak could be demoted in a Cabinet reshuffle.

The Chancellor is one of the most popular members of the Government and sacking him would likely rip open a rift in the Tory Party.