Eurointelligence Director Wolfgang Munchau claimed the competitive rhetoric between France and Germany in the French press has been exacerbating recently. Mr Munchau argued relentless attack by French media on Germany could help eurosceptics gain major victories as both countries prepare for the polls this year and next.

The EU expert argued the anti-German rhetoric in France has been inspired by the language used by Brexiteers in the UK ahead of the 2016 referendum, as well as US President Donald Trump’s legacy.

He warned: “These more frontal attacks may be part of a broader observed change in the use of language since Donald Trump shifted the tone in politics with his demeaning tweets.

“But whatever the context, it may set the scene for more troubles ahead as it can give life to the return of past vulnerabilities.

“As we have seen with Brexit, narratives can diverge very quickly and become a source of an emerging national identity. 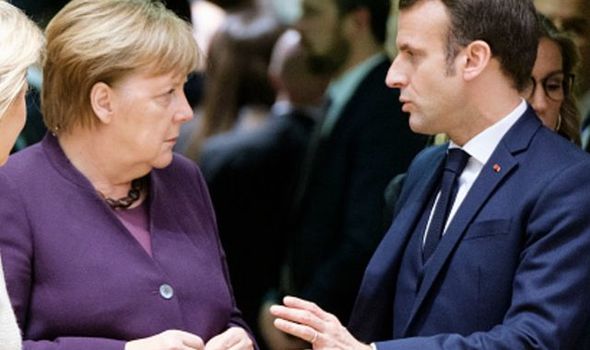 “This shift in language and identification is something to watch out for when both countries are campaigning towards crucial elections only six months apart.

“Marine Le Pen may no longer have to work on her anti-European narratives if the French press does the job for her.”

The right-wing leader of the National Rally is has seen her popularity in the polls soar since the last presidential campaign in 2017 where she suffered a defeat against French President Emmanuel Macron.

Polls suggest the presidential race may be closer than in 2017 with an Odoxa-Dentsu poll finding 66 percent of the 1,005 French respondents saying they do not want Mr Macron running for office next year.

But the French Institute of Public Opinion added to Mr Macron’s election woes when they found Ms Le Pen would win the first round of voting in France with 30 percent of the vote.

Speaking during an election tour, Ms Le Pen said: “I need the regions to accompany the new direction I want to give the country.”

Provence-Alpes-Côte d’Azur in the south of France is predicted to be won by Ms Le Pen’s National Rally Party as is Grand Est just outside of Paris. 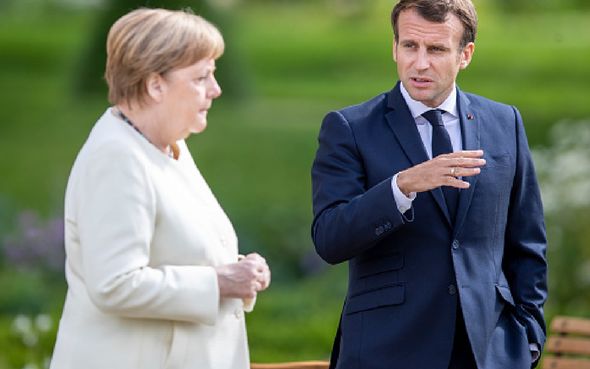 National Rally has seen somewhat of a political shift since the last presidential election with Ms Le Pen toning down the far-right stance of the party.

Ms Le Pen has sought to distance herself from historic xenophobic comments and positions and has changed from being a eurosceptic to a euro-revisionist.

Her party is set to win up to six regions in this weekend’s Regional elections across France.

A total of 18 regions are up for grabs with the second ballot voting being carried out on June 20 and 27.

Regional seats can be broadly compared to elected counties that have certain devolved powers over their area.

Mr Macron’s and Ms Le Pen’s parties do not hold any regional seats due to Mr Macron’s party being founded in 2016 when the last elections were in 2015 and Ms Le Pen not being popular enough to win seats.