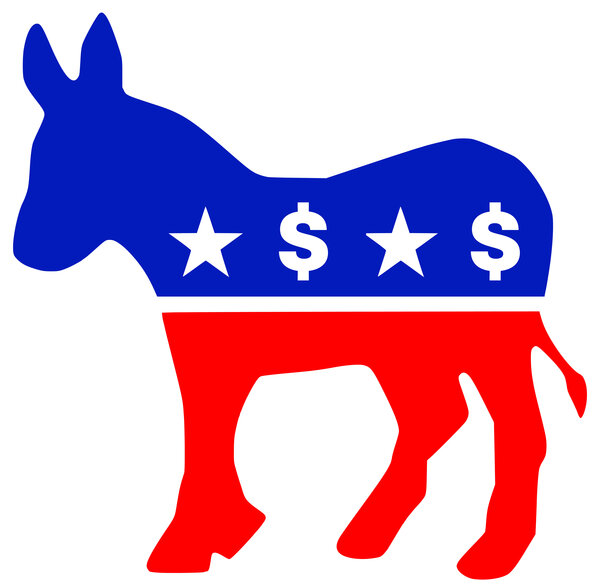 For Democrats who care deeply about progressive causes, Donald Trump’s presidency was a frightening experience. It was also a call to action. Progressive campaigns and causes experienced a huge spike in donations over the past four years, and in 2020 candidates up and down the ballot far outpaced fund-raising records from previous cycles.

So what happens now that Mr. Trump is no longer in power? In a political landscape defined by web advertising, social media campaigns and, yes, online fund-raising, many Democratic analysts and strategists are wondering whether they’ll be able to stir up the same kind of financial support.

“Donald Trump and his policies motivated a lot of giving to progressive organizations,” Mark Mellman, a longtime Democratic pollster and strategist, said Thursday in a phone interview. “Whether that will be sustained is an open question.”

They found that these donors were feeling more positive about Democrats in Washington than in years past, and that they remained energized — but a significant chunk of them were in fact planning to donate less, now that Trump is out of office.

The study found that climate change and environmental issues were among their top concerns, even among donors who had given to causes unrelated to the environment. “Almost all these progressive donors agree that climate change is a pre-eminent issue,” Mr. Mellman said. “It’s obviously one that gets less attention from the press and from politicians — but donors see it as a pre-eminent issue.”

It also discovered that donors to these left-leaning groups had become more strongly partisan, with almost two-thirds of respondents to Mr. Mellman and Mr. Pruitt’s survey identifying as Democrats. That number has steadily climbed over the years: Back in 2007, after Democrats won control of the House as many voters lost faith in President George W. Bush, Mr. Mellman and Mr. Pruitt found that only about half of these kinds of donors were Democrats.

Mr. Mellman and Mr. Pruitt have undertaken studies like this at various moments since the 1990s, usually at what Mr. Mellman calls “serious inflection points” in national politics — “when the potential for giving and activism may change.”

It’s worth noting that these studies don’t use what is known in the polling industry as a probability-based model, so their results are subject to forms of error that more scientific surveys wouldn’t be. Still, their results can be revealing.

After Mr. Trump’s defeat, there have been some signs of donor burnout. Close to nine out of 10 respondents said Mr. Trump had been one of the top factors driving them to donate in recent years. And upward of one in five grass-roots donors said they were now likely to cut back on their gifts to candidates and political parties.

The share who said they planned to increase their giving tapered down to nearly zero.

But Mr. Mellman isn’t hugely concerned. This year’s study found one change from four years ago that he said was particularly heartening for his clients: Just as grass-roots donors to liberal causes have grown more partisan, they’ve also grown more positive about the Democratic Party and its leadership.

Close to half of all donors expressed a positive view of the Democratic Party, and a wide array of top Democratic officials received broadly favorable ratings from the survey’s Democratic respondents. Those include establishment politicians like President Biden and Senator Chuck Schumer, the majority leader, as well as left-wing figures like Representative Alexandria Ocasio-Cortez and Senator Bernie Sanders.

He added, “It’s not the case that any one faction has a hold on these donors.”

The study also revealed that anxiety about Mr. Trump’s continued influence on Republican politics remained a concern for many left-leaning donors. And that Representative Marjorie Taylor Greene — a former QAnon supporter and staunch Trump defender, whom Democrats stripped of her committee posts this year — was nearly as well known and as intensely disliked as the former president.

“Trump and Trump’s policies motivated a lot of gifts — and people recognize that he’s gone. But there is still intense antipathy toward his supporters,” Mr. Mellman said.

With Democrats controlling only a slim majority in both chambers of Congress, he said many donors still saw the opposition party as a threat to legislation on popular issues like climate change and voting rights. “There is also a great fear that the Republicans are going to try to stop these proposals from being enacted,” he said.

How the coronavirus made the radical possible

This piece is part of The Week Our Reality Broke, a series reflecting on a year of living with the coronavirus pandemic and how it has affected American society.

Last spring, as a poorly understood virus swept the planet­, something remarkable happened: Across the country, all levels of government put in place policies that just a few months earlier would have been seen by most people — not to mention most politicians — as radical and politically naïve.

Nearly 70 percent of states ordered bans on utility shut-offs, and more than half did so for evictions. Mayors authorized car-free streets to make cities safer for pedestrians, and the federal government nearly tripled the average unemployment benefit. Within weeks, states eliminated extortionist medical co-pays for prisoners and scrapped bail. New Jersey passed a bill that released more than 2,200 incarcerated people all at once.

The pandemic has been a long nightmare, but those were progressive pipe dreams turned reality. The arrival of the coronavirus, along with the wide-scale economic shutdowns to slow its spread, pushed American policymakers to admit that a new world wasn’t just possible — it was necessary.

While the United States ultimately failed to deliver a coordinated response to the pandemic and millions of people are still struggling, there are important lessons here. Over the past several months, I’ve interviewed dozens of activists and policy professionals who have recounted stories of politics shifting quickly on issues they have worked on for years. Measures that were once viewed as likely to cause a spike in crime or a collapse of the housing market, or that were considered just too expensive or simply impractical have, in fact, worked out pretty well.

But many of these emergency interventions are set to disappear. The pandemic’s end now finally appears to be on the horizon, and millions are desperate to return to normal — to our schools and offices, our family visits and holiday celebrations. But when it comes to so many issues — from climate change to child care — a return to “normal” is aiming far too low.

The pandemic offered glimpses of what is possible. But will all of this become a blip in history, or will it provide impetus for long-term change? The public has a genuine but brief window over the next few months to make America a fairer, more just and more humane place. If people recognize that, seize that and demand that, they could reshape this country for decades.

You can read the full article here.