WASHINGTON (Reuters) – The prospects for a deal in the U.S. Congress to help Americans suffering due to the coronavirus pandemic dimmed on Friday, with the Senate and House of Representatives in recess and no fresh talks scheduled with President Donald Trump’s negotiators. 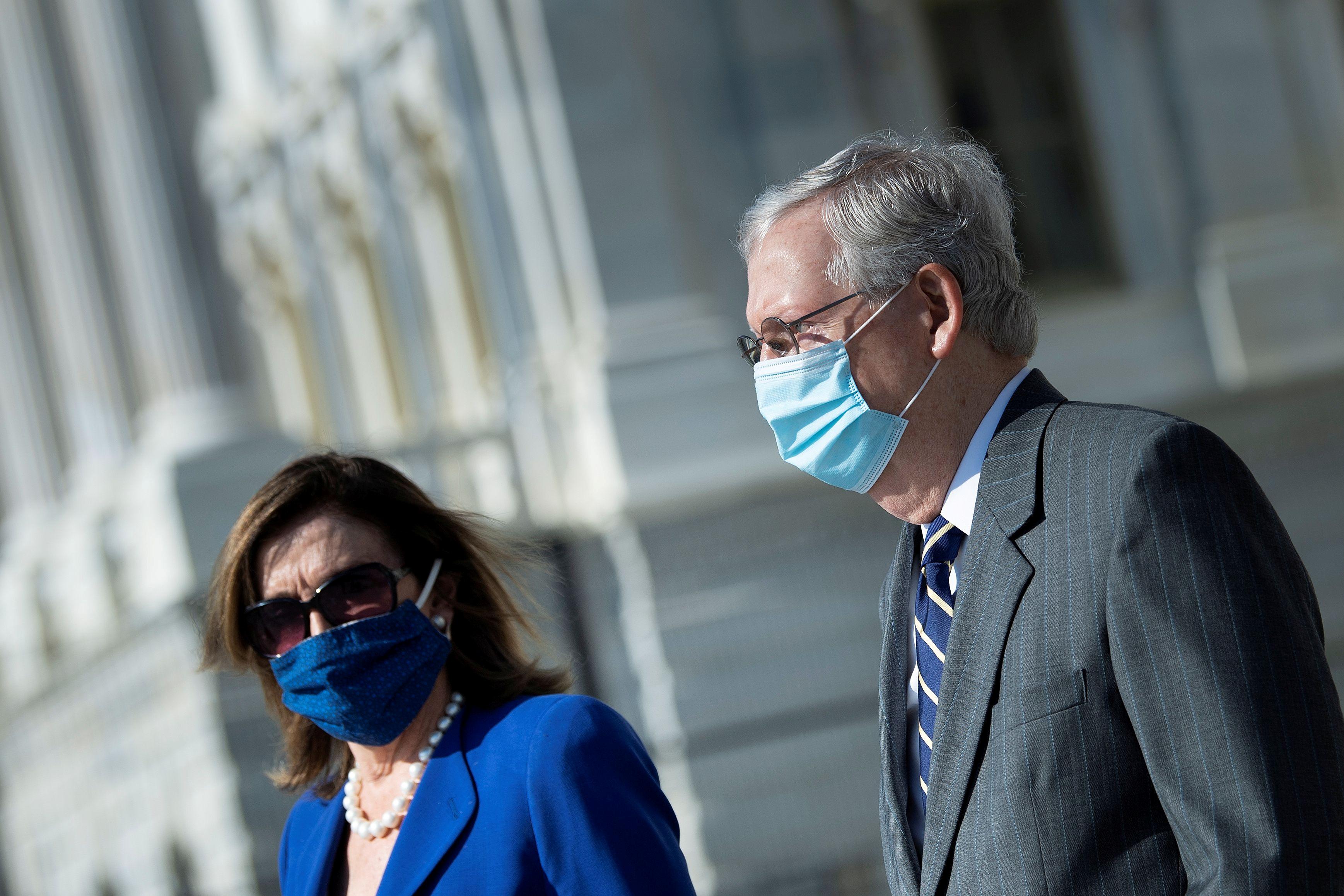 After a week that the leaders of the Democratic and the Republican parties spent blaming each other for a breakdown in talks, lawmakers were not due to reconvene until next month, though the leaders of both parties said they could recall their members with 24 hours notice if a deal emerged.

The two sides formally remained about $2 trillion apart, with wide gaps on funding for schools, aid to state and local governments, and unemployment pay. Trump on Thursday added that he opposed any money to help the U.S. Postal Service handle an expected flood of mail-in ballots for the Nov. 3 elections, though he later said he would not veto a bill that included it.

An impasse over $600-a-week in enhanced unemployment benefits, which expired on July 31, kept financial markets on edge as the Commerce Department reported weaker-than-expected July retail sales growth due to the effects of the spiraling pandemic and the cessation of the enhanced unemployment payments.

The unemployment payments had helped the U.S. economy by buttressing consumer spending, according to Federal Reserve officials and economists. Trump tried to act alone on Saturday with a memorandum proposing an additional $300 per week in unemployment, though economists questioned the effectiveness of the limited measure.

But House Republican leader Kevin McCarthy on Friday contended that investors are looking for “surgical” action on coronavirus aid rather than the comprehensive approach sought by Democrats with the $3 trillion-plus Heroes Act the House passed in May.

“If we went forward with what the Democrats asked for in that $3 trillion? I believe the market would drop hard because it would put greater debt on all taxpayers,” McCarthy told CNBC.

Democrats offered to reduce their proposal by $1 trillion during negotiations with White House officials last week. The White House rejected the offer.

A Reuters/Ipsos poll published early this week found that Americans blame both parties for the inaction.