Both Conservative leadership candidates have unleashed policy bonanzas as they take part in a string of hustings to win over Tory party members. Their respective tax plans have faced significant scrutiny as the UK continues to battle through a cost of living crisis, with inflation now at its highest in 40 years. But Antonia Medlicott, personal finance expert at InvestingReviews.co.uk, has said that despite the bitter infighting over who’s tax plans are better, Mr Sunak’s policy for the economy comes out on top.

She told Express.co.uk: “Liz Truss and Rishi Sunak are facing growing calls to ease the tax burden on ordinary workers and businesses, but recently published data on public finances suggests they have less room for maneuver than some might think.”

The coronavirus pandemic has had a substantial impact on the economy and has increased public sector borrowing.

Expressed as a ratio of UK gross domestic product (GDP), borrowing in the financial year ending FYE March 2021 was 14.8 percent, the highest for 75 years.

However, provisional estimates indicate that this ratio has fallen by 8.4 percentage points over the last 12 months, down to 6.4 percent. 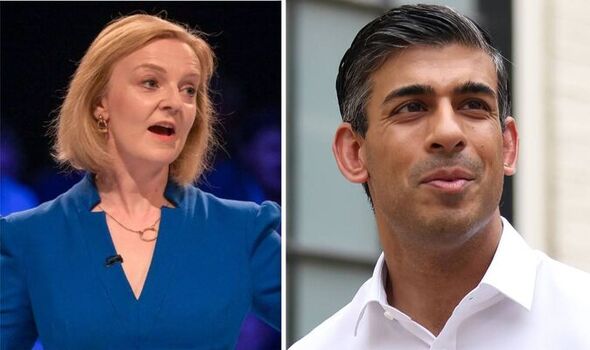 Ms Medicott continued: “The cost of public debt is soaring, and against this backdrop Miss Truss’ pledge to hold an emergency tax-cutting budget once elected looks increasingly problematic, even if it is winning the hearts and minds of Tory MPs.”

Ms Truss has pledged to cut taxes but reversing Mr Sunak’s National Insurance hike, saying: “The tax cuts I’m talking about will be delivered on day one because we have an immediate issue that families are struggling with the cost of fuel, with the cost of food.

“That’s why I will reverse the increase in National Insurance. I’ll also have a temporary moratorium on the green energy levy to cut fuel bills.”

But Ms Medicott is not convinced by Ms Truss’s immediate tax plans, claiming the timing of quick cuts could actually worsen the UK’s cost of living crisis. 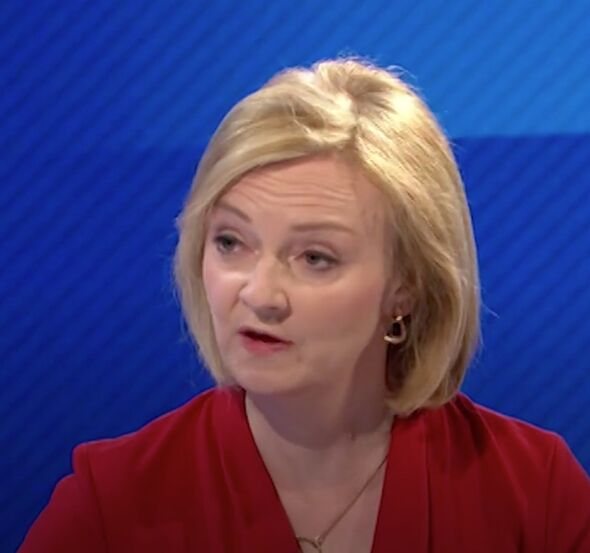 Ms Medicott continued: “At the heart of this debate over tax-cuts is a question of timing.

“Mr Sunak has accused his rival of ‘fairytale’ economics, pointing out that cutting taxes now only risks fuelling inflation even further, though he has committed himself to tax cuts in the future.”

Mr Sunak has attempted to shake off his image as the tax-hiking former Chancellor by promising the “biggest income tax cut since Margaret Thatcher’s government” as part of his “radical vision” for the economy.

The former Chancellor has committed to shaving 4p off income tax within seven years. 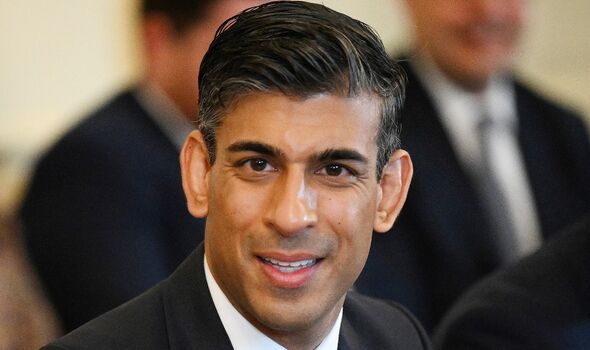 The move was immediately branded as a “flip-flop” by allies of his opponent after weeks of Mr Sunak’s team labelling her plans for sweeping tax cuts as “comforting fairy tales”.

Cutting the basic rate from 20p in the pound to 16p would amount to a 20 percent tax reduction, the largest cut to income tax in 30 years.

He said: “We’ll do that responsibly over time, continuing to reduce our borrowing, and we’ll do it by growing the economy, taking advantage of our Brexit freedoms and getting our businesses to invest more and innovate more through the tax reforms that I am going to put in place.”

But Mr Sunak has said this won’t become reality until the current sky-high inflation rate has been brought under control.

Ms Meditcott said the former Chancellor “has it right” when it comes to his tax plans.

She told Express.co.uk: “While low taxes should of course be a central plank of any Conservative manifesto, in the current environment fixing public finances and taming inflation must come first.”