Brexit Party leader Mr Farage, who was been instrumental in Britain’s decision to quit the bloc four years ago when leader of Ukip, and who has remained closely involved ever since, tweeted the snap with a simple one word message: “ITALEXIT.” His tweet attracted plenty of backing, with Hetti Puntin commenting: “Gianluigi Paragone has pushed for this for months now. “After seeing how the Dutch especially, treated us during the Recovery Fund meeting, I have no other choice but to support it, too.”

Karl Downey added: “#Italeave sounds better than #Italexit. I’m sure they’ll probably have another phrase for it in Italian too. Good luck to them. If #Italy leaves then the EU is over. The EU can’t survive with two of the big 5 leaving.”

Robert Davies said: “Bravo Italy. Ever since it adopted the Euro in 2000, their economy has stagnated.

“Join the UK as a free and independent state. 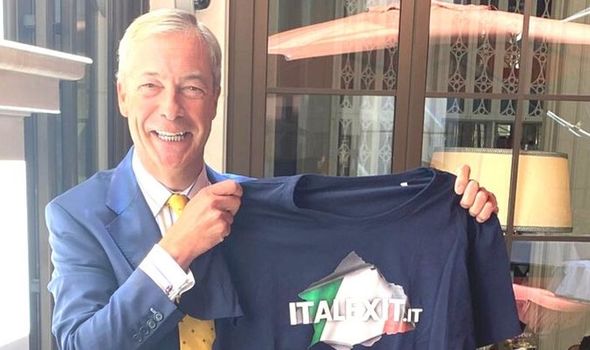 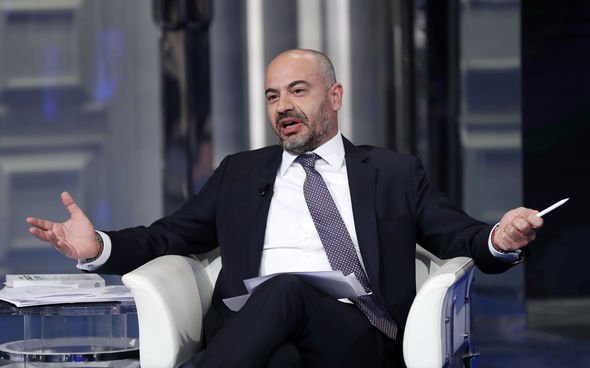 Look at how much effect your friend had when backing the LibDems. He probably added ten points to the Brexit vote

He asked: “Big fan of yourself in the past, but leave other countries to make their own minds up.

“Look at how much effect your friend had when backing the LibDems. He probably added ten points to the Brexit vote.” 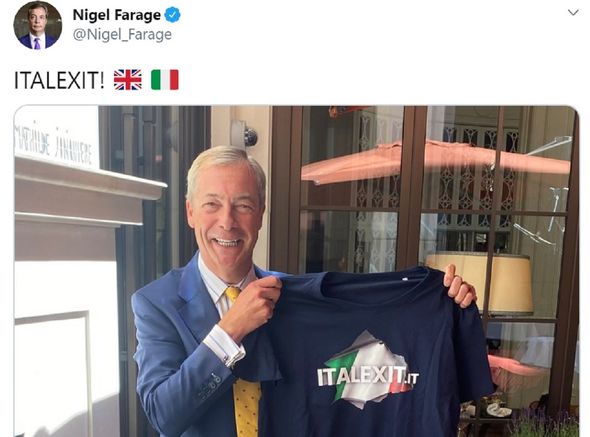 The stunt will generate fresh publicity for Mr Paragone prior to the official launch of his No Europe for Italy campaign tomorrow.

Yesterday, Mr Paragone revealed he had met Mr Farage to discuss Brexit, which he will be using as a template for his own campaign.

He added: “I met Nigel Farage, leader of the Brexit Party in London, who triumphed in the British referendum by bringing the United Kingdom out of the European Union cage.

“A true British patriot, the only one who sent away the technocrats from Brussels.

“I confronted him on the present and future of a truly sovereign country which, even more so after Brexit, is able to give real answers to citizens in the midst of the post-COVID economic crisis.”

Outlining his objective, the former 5Star Movement senator explained: “This is the way forward: we can no longer be blackmailed by tax havens that allow themselves to offend the great prestige of Italy. 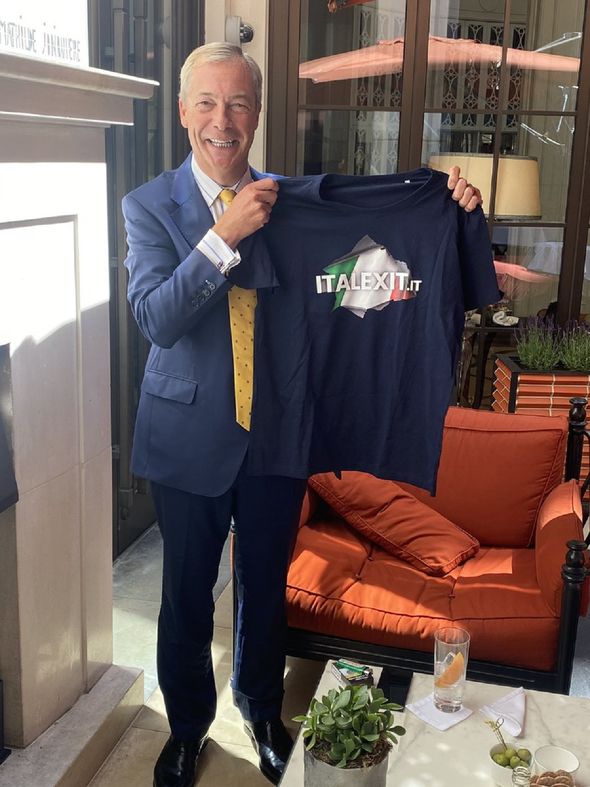 “For this reason, on July 23, at 10 am, in the press room of the Chamber of Deputies, I will officially launch my party for Italexit, presenting the name and logo.”

His announcement comes in the wake of the approval of the EU’s £677billion coronavirus rescue package by the European Council. 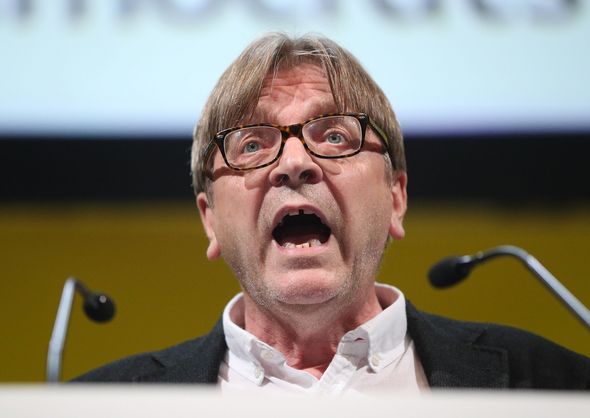 He said: “This is a capitulation top to bottom without conditions to the decisions that in Greece were by the Troika and now they are by the Commission.

“On the amount we will receive nothing is written yet. A part of this allocation will be decided in 2023.

“The conditions written in this loan rhyme with tears and blood.”