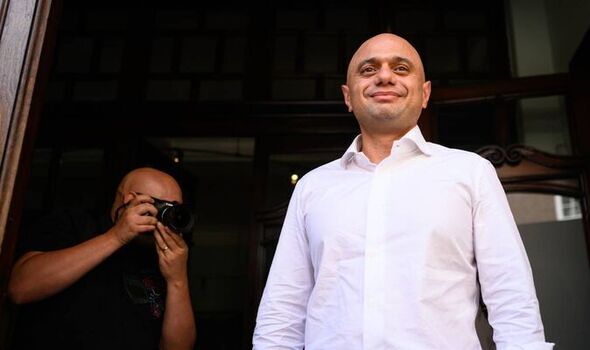 He said: “The Conservatives have got so used to being the natural party of government that we have lost the core skills and values that earned us that title in the first place. “We Conservatives have to get much, much better at reclaiming and explaining our moral purpose.”

He added: “Over the last couple of years, our reputation on most values and policies has slid away. Too many people now believe that Labour are fit to govern.

“Some of them say that Labour are more competent and even more likely to cut taxes.”

Mr Javid feared the Tories were becoming engulfed in infighting similar to the feuds that dogged the party after Labour’s 1997 general election victory.

He said: “The way things were going recently, I feared our party was on a trajectory to the same electoral oblivion once again.”

“We cannot be complacent about the situation we are now in. This is a ‘wake up and smell the coffee’ moment.”

He added: “I’m sorry to say that, looking at some of the stories in the weekend press, it’s not been our best start.”

Poisonous gossip, attack memos, allegations thrown around. And in a message to his colleagues, Mr Javid said: “This is a time for pulling together, not apart.”

He promised a “new Conservative economic plan” if he clinches the Tory crown. He said: “I’ve always believed in free enterprise, low taxation and sensible regulation as the conditions that are necessary for growth and levelling up across the country.”

“Some say you can’t have tax cuts until you have growth, but I say, ‘no, it’s the other way around’. We need tax cuts to kick-start growth.”

And he insisted the National Insurance hike introduced by former Chancellor Rishi Sunak was “no longer needed.”

Mr Javid claimed rising inflation meant the Treasury’s financial situation was very different from when he supported the tax rise in order to provide more money for the NHS and social care.

He said: “The assumptions that were made at the time, especially on tax revenue in coming years, turned out to be incorrect. That’s because no one predicted the high inflation.”

“But we now don’t need that tax because the revenue situation has changed and given the impact on cost of living, given the impact NI [National Insurance] changes can have on jobs, I think it’s the right time to scrap it.”

Mr Javid was repeatedly challenged about his personal tax affairs.

He has previously disclosed that for six years while working as an international banker, he was non-domiciled for tax purposes.

He said: “I lived in the [United] States, I lived in the UK, I lived in Singapore, I was tax resident in different countries, as part of my job. It had an impact on my statuses. That’s not unusual.

“I had a tax adviser, accountants that would help me with my international taxes, I moved around a lot.

“And the test for me was to make sure that whatever you do, when it comes to your taxes, that is always correct, proper, within all the rules, and that was met at all times.

Asked which countries he had been domiciled in for tax purposes, Mr Javid said: “I haven’t been non-domiciled in all my time in public life.”