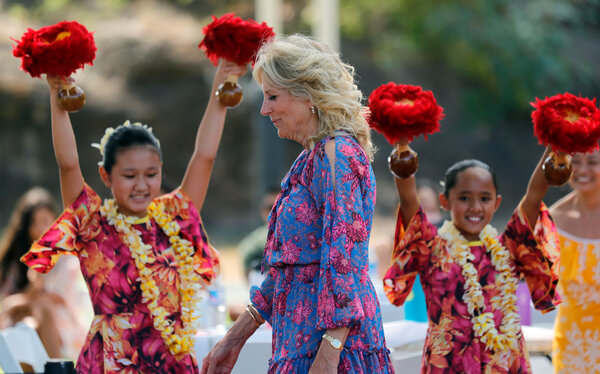 President Biden will travel with Jill Biden, the first lady, to Walter Reed National Military Medical Center on Thursday evening as she undergoes surgery on her foot.

Dr. Biden was walking on a beach in Hawaii over the weekend when she stepped on an object that became lodged in her left foot, Michael LaRosa, her spokesman, said on Thursday. Dr. Biden stopped over in the state after spending part of the week in Tokyo for the Summer Olympics. While in Hawaii, she participated in an event to promote Covid vaccinations at a high school in Honolulu.

“She will undergo a procedure today at Walter Reed National Military Medical Center to remove the object,” Mr. LaRosa said. “The president will join her.”

Mr. Biden has made it a point to travel with his wife to medical procedures. In April, he attended an appointment for what her office called a “common medical procedure” at a medical facility in Washington. Dr. Biden returned to her normal schedule shortly after that procedure.