WASHINGTON — Senator John W. Warner of Virginia, the genteel former Navy secretary who shed the image of a dilettante to become a leading Republican voice on military policy during 30 years in the Senate, died on Tuesday night at his home in Alexandria, Va. He was 94.

Susan Magill, his former chief of staff, said the cause was heart failure.

For a time Mr. Warner may have been best known nationally as the dashing sixth husband of the actress Elizabeth Taylor. Her celebrity was a draw on the campaign trail during his difficult first race for the Senate in 1978, an election he won narrowly to start his political career. The couple divorced in 1982. 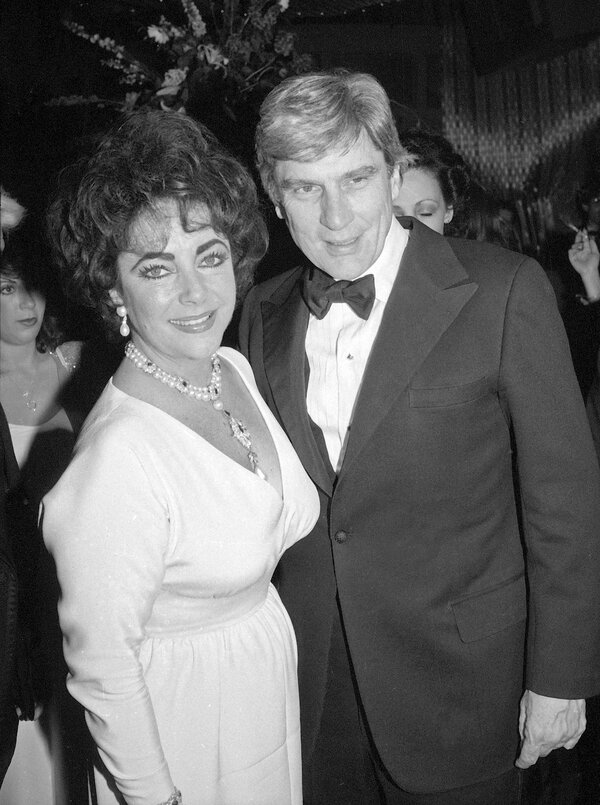 In the latter stages of his congressional service, Mr. Warner was recognized as a protector of the Senate’s traditions and credited with trying to forge bipartisan consensus on knotty issues like the Iraq war, judicial nominations and the treatment of terror detainees.

Though a popular figure in his state, Mr. Warner was often at odds with Virginia conservatives. He became the Republican nominee in his first campaign only after the man who had defeated him at a state party convention was killed in a plane crash.

He angered the National Rifle Association with his backing of an assault weapons ban. He infuriated some state Republicans in 1994 when he refused to support Oliver L. North, the former White House aide at the center of the Iran-contra scandal during the Reagan administration, in Mr. North’s bid for the Senate. And he opposed Reagan’s ultimately unsuccessful Supreme Court nomination of Judge Robert H. Bork.

In his retirement years, the rightward shift of the Republican Party further alienated Mr. Warner, prompting him to endorse select Democrats, including both his former Senate colleagues Hillary Clinton and Joseph R. Biden Jr. in their presidential runs against Donald J. Trump.

But his support within the party mainstream during his Senate years, coupled with backing from independents who were attracted by his moderate views on social issues like abortion and gay rights, allowed him to fend off challenges from both the right and left. He won election to his fifth and final term in 2002 against only token opposition.

Mr. Warner announced in August 2007 that he would not run in 2008, noting that he would be 88 if he finished his term and telling friends that he questioned whether he could continue to have the energy for the job.

The peak of his power in the Senate began in 1999, when he became chairman of the Armed Services Committee. Though his chairmanship was interrupted briefly when Democrats took back control, he evolved into a Republican force on military issues, his credibility enhanced by his reputation for solid contacts in the Pentagon, his previous work there and his own service in both the Navy and Marines.

Mr. Warner was ahead of others on the terrorism issue and created a subcommittee to focus on the threat. He was among Republicans who expressed reservations about the Iraq war, and he convened hearings on the abuse at the Abu Ghraib prison near Baghdad when many of his fellow Republicans were hoping that the issue would disappear.

Mr. Warner also was skeptical about President George W. Bush’s 2007 troop buildup in Iraq. But he never broke with the administration to back a fixed deadline for troop withdrawals. That position frustrated Democrats, who had hoped that Mr. Warner would lend his influence to their opposition to the war, and they accused him of not following through on strong talk against the conflict.

Joining with Senator John McCain, who had been a prisoner of war in Vietnam, Mr. Warner thwarted Bush administration efforts to reinterpret the Geneva Convention on the treatment of prisoners in wartime, an approach that the senators said would open captured American military personnel to abuse.

Mr. Warner was not averse to stepping into difficult political situations in the Senate. In 2002, he was among the first to come out against Senator Trent Lott, Republican of Mississippi, after Mr. Lott had made a racially charged comment; Mr. Warner’s stand contributed to Mr. Lott’s decision to step aside as majority leader. He was also a leading member of the so-called Gang of 14, a bipartisan group of senators who struck an independent agreement on judicial nominations in 2005 and averted a fight over the future of the Senate filibuster.

John William Warner III was born on Feb. 18, 1927, in Washington to John Jr. and Martha (Budd) Warner and attended schools in Washington and Virginia. He left high school at age 17 to join the Navy and serve in the final months of World War II. He graduated from Washington and Lee University in 1949 and enrolled at the University of Virginia Law School before leaving to join the Marines during the Korean War. He returned to law school to obtain his degree in 1953.

Mr. Warner was afterward a law clerk with the United States Court of Appeals for District of Columbia Circuit and then an assistant U.S. attorney in the district from 1956 to 1960. After working in private law practice for most of the 1960s, he was appointed Navy under secretary by President Richard M. Nixon. He became secretary in 1972, serving for two years. In 1976, he was the federal coordinator of the national bicentennial celebration.

Mr. Warner endured a reputation as something of a playboy after his first divorce from a member of the wealthy Mellon family, his marriage to Ms. Taylor and a public relationship with the newscaster Barbara Walters. But his long service in the Senate and a record marked by an independent streak ultimately overshadowed much of that image.

He had three children from his first marriage, to Catherine Mellon. His survivors include his wife, Jeanne (Vander Myde) Warner. Complete information on survivors was not immediately available.

Both of Virginia’s current Democratic senators, Mark Warner and Tim Kaine, praised Mr. Warner on Wednesday as a friend, ally and informal adviser and described him as a model of what a politician should be. Mark Warner, who is no relation, had once tried to unseat him.

“John Warner and I ran against each other back in 1996,” Mr. Warner said in a statement. “I’ve often said since that the right Warner won that race.”