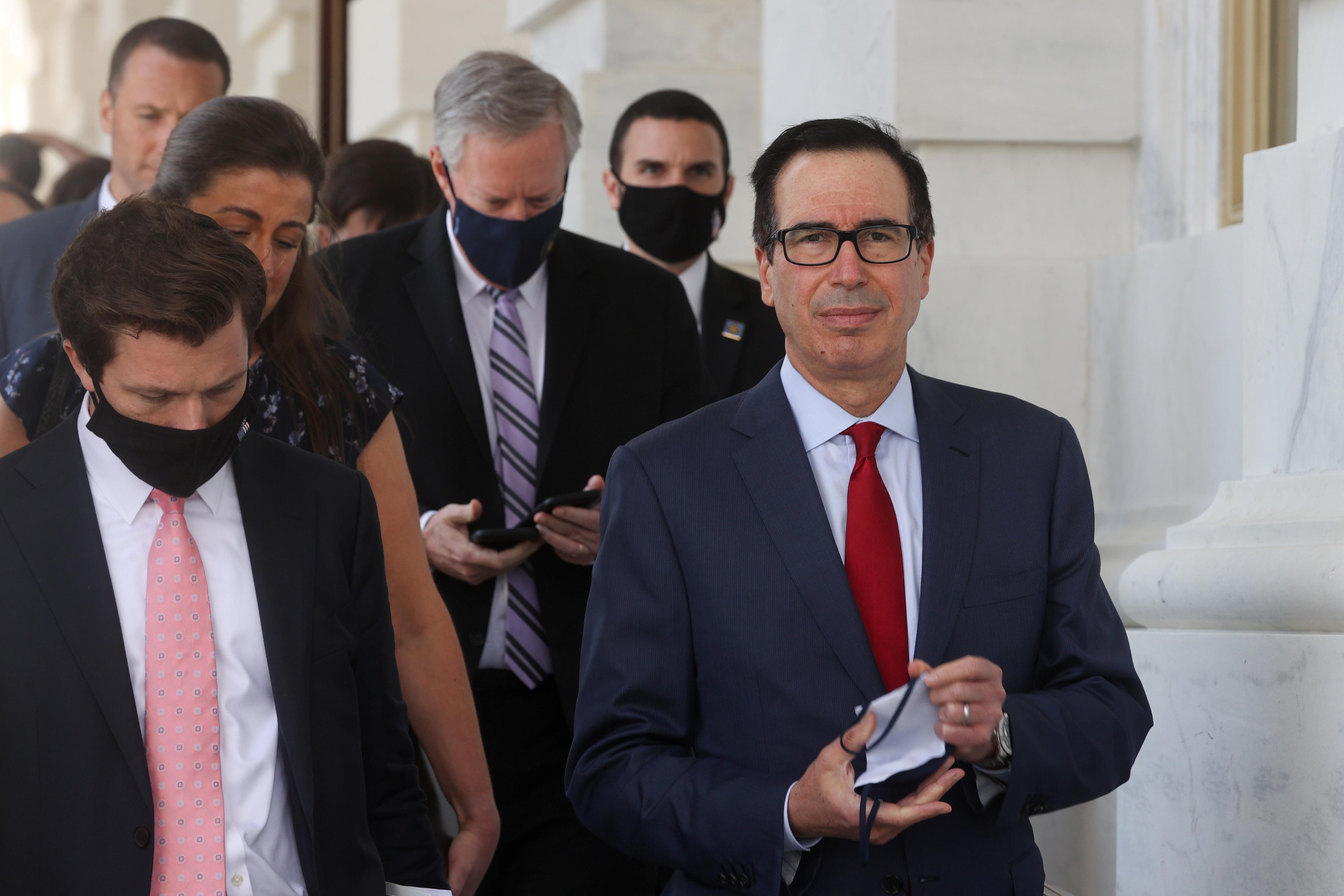 WASHINGTON (Reuters) – U.S. Treasury Secretary Steven Mnuchin on Monday said the Trump administration and Congress could reach an agreement on further economic relief amid the novel coronavirus pandemic as soon as this week if Democrats are “reasonable.”

Mnuchin, in an interview on CNBC, said there was room for compromise on a deal for more aid and that legislation should get passed, but he declined to say when talks could resume.

“I think there is a compromise if the Democrats are willing to be reasonable. There is still a lot of things we need to do and that we’ve agreed on,” he said.

Mnuchin said he would not comment on the specifics of when administration officials and Democratic leaders might resume talks, but added: “If we can get a fair deal, we’ll do it this week.”

But critics said Trump’s steps – three memorandums and one executive order – did little to provide immediate relief to Americans hit hard by the pandemic’s economic punch, which has left millions unemployed and facing food and housing insecurity.

On Sunday, Mnuchin and U.S. House Speaker Nancy Pelosi signaled a willingness to reopen the door to talks on a deal that could possibly limit the timeline for aid through 2020, revisiting the need for more aid in January.

Mnuchin on Monday said he had heard Pelosi and Senate Democratic Leader Chuck Schumer’s comments over the weekend and “I think they’re willing to compromise.”