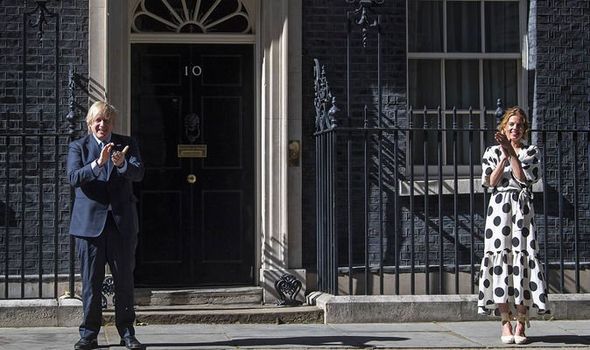 Inflation is just 0.7 percent now – but experts expect this to rise next year meaning it may effectively be a cut. The move has sparked a furious backlash from Labour and unions demanding a change of heart, with some considering strike action. And Mr Johnson suggested on Thursday the door may be open to extra cash.

“We have asked the public sector pay review body to look at what more can be done for nurses, in particular, exceptionally,” he told reporters.

He added that increased recruitment was also a factor in improving conditions for nurses.

“Yes, of course, I understand why nurses – like so many others – would like to see better pay and better terms right now, even though times are very tough.

“But what nurses also want – in my experience of going round NHS wards and talking to them  – is another pair of hands at a tough time next to them to help.”

His remarks came after the Scottish Government promised a 4 per cent hike for NHS staff north of the border.

Tory MPs blasted Nicola Sturgeon over her pre-election pledge as they claimed she could never afford such a move if Scotland was independent.

They said the timing of the announcement was “egregious” and amounts to a “pre-election inducement to vote for the SNP” as the clock ticks down to the Holyrood poll in May. 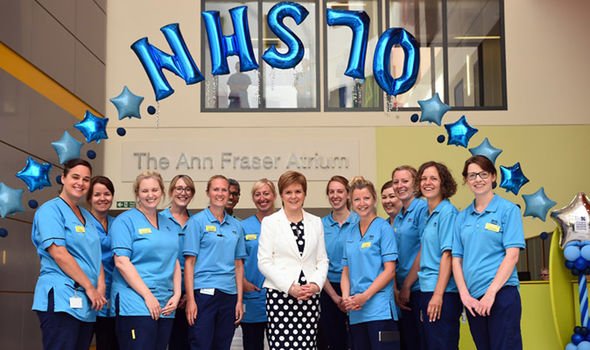 More than 154,000 NHS Scotland staff are to be offered the hike of at least four percent.

Tory MP Peter Bone said: “This is a practical example of where the injustice comes. If we had an even spread of public expenditure, we could pay nurses more money across the whole of the United Kingdom.

“But this unfair system where Scotland gets extra money gives them an advantage, my constituents just don’t see the basis for it.

Meanwhile, unions are urging people to put colourful posters in their windows in support of a campaign for an increased pay rise for NHS workers.

Fourteen unions, representing more than one million workers, called on households across the UK to show their appreciation for NHS workers with bright displays on April 1, the day staff are due to have a wage rise.

Unison general secretary Christina McAnea said: “The public have shown they genuinely value health workers, but ministers have put on a false front with praise one minute and a meagre 1 per cent the next.

“The Scottish government has already shown if the will is there, the money can be found.”

“The public is with us. The Government needs to listen.”