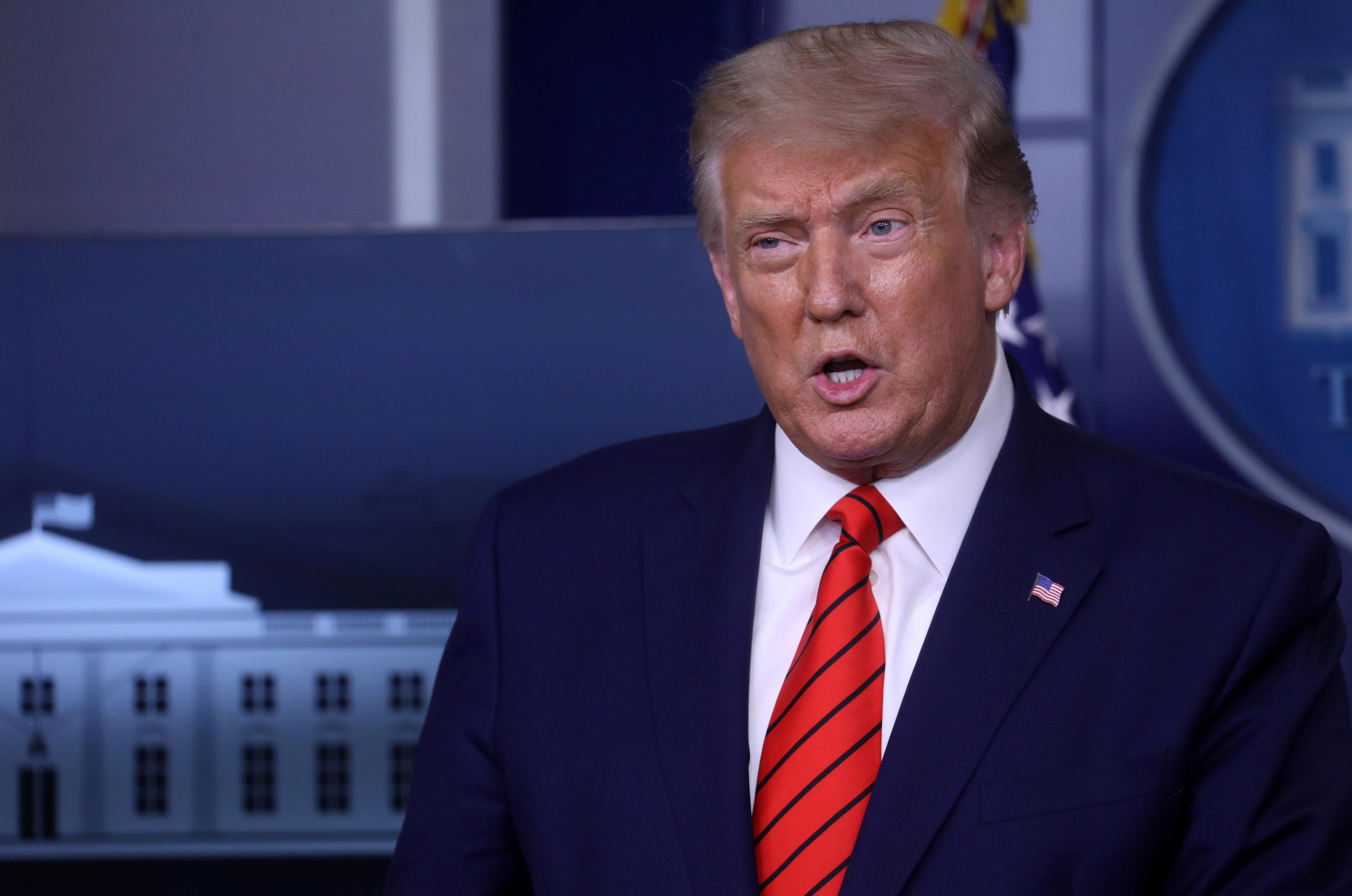 The unsigned order by a panel of the 2nd U.S. Circuit Court of Appeals in Manhattan was a victory for the president in his yearlong quest to block District Attorney Cyrus Vance from enforcing a grand jury subpoena for eight years of personal and corporate returns.

The district attorney had wanted access to the returns even during Trump’s appeal, but Tuesday’s order ends that possibility for now. Oral arguments have been scheduled for Sept. 25.

Jay Sekulow, one of Trump’s lawyers, said they were pleased with the order and looked forward to arguing the merits of the president’s appeal.

Vance began his probe after news that Trump’s former lawyer Michael Cohen paid pornographic film actress Stormy Daniels $130,000 to keep quiet before the 2016 election about claimed sexual encounters with Trump, which the president has denied.

In July, the Supreme Court refused to block the subpoena, rejecting Trump’s claim of absolute immunity from criminal probes while in the White House, but said Trump could raise other objections.

Trump is seeking re-election on Nov. 3. Vance has complained that dragging out the litigation has effectively given the Republican president the immunity he wanted.

Grand jury proceedings are held in secret, and if Trump’s tax returns were handed over it could take months for the public to learn their contents.

The prior six presidents, both Republican and Democrat, from Jimmy Carter to Barack Obama, have released their tax returns.

Following the Supreme Court decision, Trump claimed that the subpoena from Vance, a Democrat, was “wildly overbroad” and issued in bad faith.

In seeking a stay, William Consovoy, another lawyer for Trump, told the appeals court that giving Vance a chance even to see the returns would cause the president irreparable harm.

“The status quo can never be restored,” he said. “We can’t make them forget what they learn.”

Carey Dunne, a lawyer for Vance, downplayed that concern. “The toothpaste can be put back into the tube sufficiently to protect people’s rights,” he said.

Dunne also said each category of documents Vance sought was “directly relevant” to his probe, and Trump offered no specifics to suggest otherwise.