A politically diverse set of veterans’ groups critical of the conflicts abroad have found ways to gain access to the White House to lobby for withdrawals. 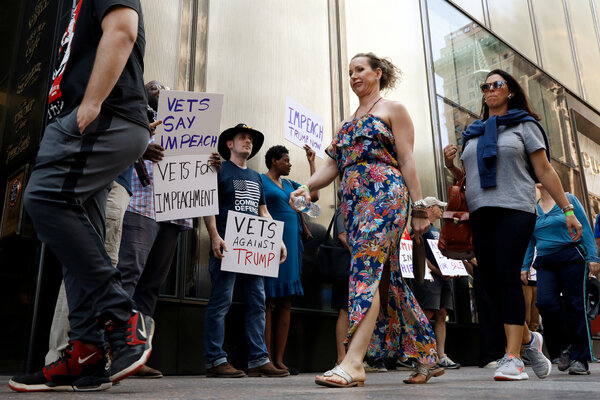 WASHINGTON — Soon after President Biden announced that the United States military would withdraw from Afghanistan, hawks in Congress accused him of accepting defeat. But a diverse group of war veterans — many of whom had clashed bitterly with one another over the years — stepped in to provide him political cover.

Closely coordinating with the White House’s National Security Council, a coalition that included Concerned Veterans for America, an advocacy group funded by the Koch network; Common Defense, a longtime antagonist of former President Donald J. Trump; and the Secure Families Initiative, a nonpartisan group of military spouses, wrote opinion columns, began social media campaigns and released a stream of statements pushing for an end to America’s longest war. The American Legion, the nation’s largest veteran service organization, also came out in support of the new policy, to the surprise of many.

Over 20 years of war, American veterans have been venerated by Republicans and Democrats but lacked cohesive political influence. Democrats and the operatives around them often assumed that most veterans were conservative and failed to court them, and for years, leaders in both parties believed most veterans supported the conflicts abroad.

But as the conflicts dragged on, veterans and military families increasingly united around public positions critical of the wars, and found ways to gain access to the White House to lobby for withdrawal from them.

Similar efforts by lawmakers have also brought together unlikely allies, like Representative Barbara Lee, Democrat of California and once a lone voice against the wars, and Representative Andy Biggs of Arizona.

“Veterans acted as a liaison between the administration and the general public in terms of explaining what the impact of two decades of war were on American lives,” said Adam Weinstein, a research fellow at the Quincy Institute for Responsible Statecraft, a research organization that has become increasingly influential among anti-interventionists in Washington. Mr. Weinstein served as a Marine and deployed to Afghanistan in 2012.

The movement against the “forever war” began in the last half of the Bush administration, with large protests around the country focused as much on the president as on the war on his watch. It is now fueled by a politically diverse group that was energized by Mr. Trump’s chin-out defiance of American adventures abroad, and by the election of Mr. Biden, who had been a critic of operations in Afghanistan as vice president. 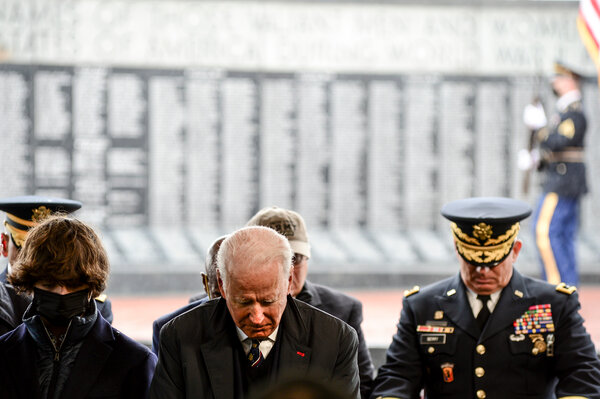 Veterans have often made the case that the mission in the region had outlasted its original intent, and that an all-volunteer force should not be tasked with nation-building. But their forceful support of the withdrawal could be tested if the violence in the country continues to worsen as the last American troops leave.

“Veterans are credible messengers on issues of war and peace,” said William Ruger, the vice president for research and policy at the Charles Koch Institute and Mr. Trump’s last nominee as ambassador to Afghanistan.