SNP slammed by Andrew Bowie for not showing up to debate

Scottish Conservative Party MP Andrew Bowie ridiculed Nicola Sturgeon’s party for not having any representation during the debate on an education policy in the House of Commons. He claimed the SNP is terrified to have to defend their record on education in Scotland.

Mr Bowie said: “It is incredibly interesting that the SNP has chosen not to have any reputation in this debate.

“Their benches are deserted.

“That could be because today’s opposition motion deals entirely with investing in young people in England.

“The SNP may have decided to take a principle stand in not involving themselves in matters that do not affect their constituencies.” 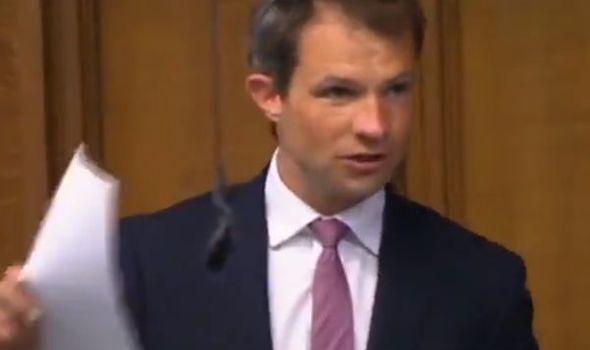 He continued: “But that principle is allowed to lapse from time to time as we have seen on such important issues such as fox hunting where the SNP do feel they have a role to play in what goes on south of the border.

“So I do not think it is that.

“I think just like when the SNP removed Scotland from international league tables on educational performance, they are terrified of having to defend their shameful record of supporting children and young people in Scotland.”

Scotland: Philip Hammond says he ‘fears for the Union’