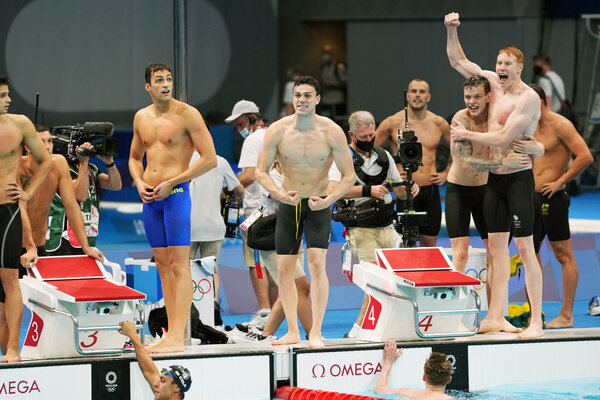 The 4×200-meter men’s freestyle relay was what everyone expected it to be — a coronation for British men.

Tom Dean and Duncan Scott claimed gold and silver medals in the 200 freestyle earlier this week and formed the backbone of a nearly impossible to beat British team.