The women’s gymnastics team final will be broadcast live on NBC’s streaming platform. 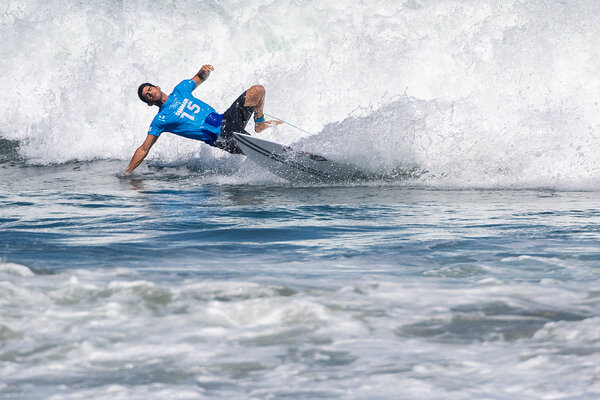 Here are some highlights of U.S. broadcast coverage for Tuesday morning, including women’s gymnastics, women’s soccer and softball medal games and the men and women’s surfing finals. All times are Eastern.

SURFING It’s a big day in the world of surfing, with the sport’s first Olympic gold medal on the line. A day of events — quarterfinals, semifinals and bronze medal competitions — all lead up to the men’s and women’s finals at 2:45 a.m. at Tsurigasaki Surfing Beach, with surfers expecting bigger waves brought on by a coming storm. The events can be streamed live on NBCOlympics.com.

DIVING The final round of women’s synchronized platform diving will be broadcast at 2 a.m. on CNBC.

SOCCER The women’s team takes on Australia, starting at 4 a.m. on USA Network, for its third match of the Games. After losing to Sweden and winning against New Zealand, the team needs to either draw or win to advance to the quarterfinals.

GYMNASTICS The men’s team and Simone Biles and the women’s team will compete in the team finals at 6:45 a.m. on Peacock, NBC’s streaming platform.

SOFTBALL Softball comes to an end in the 2020 Tokyo Olympics on Tuesday, with the gold medal game at 7 a.m. between the U.S. and Japan on NBC Sports Network. The U.S. lost to Japan in the 2008 final, the last time the sport made an Olympic appearance.