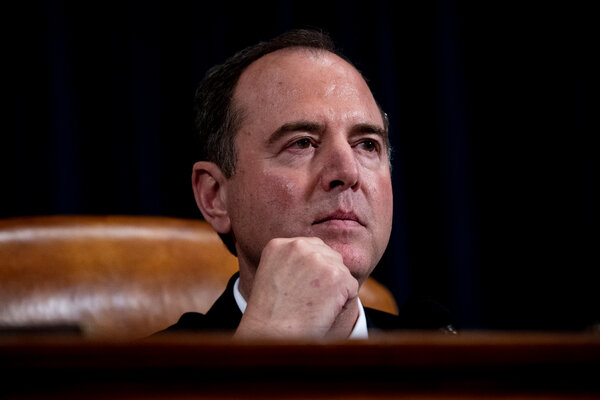 The impact of Donald J. Trump’s presidency on the Republican Party has been a story well told, from reporters and scholars to Republicans of all stripes. Less frequently related, to the detriment of the reading public and the American voter, has been Trump’s impact on the Democratic Party.

Few Democrats at the outset of 2016 believed he could be nominated, let alone win the presidency. “The G.O.P. is not that suicidal” and the “Democratic Party is not that lucky,” Representative Adam Schiff of California assured audiences that year. So naturally, when Trump became the Republican standard-bearer, Democratic lawmakers were at once horrified and delighted. They were shocked Republicans would nominate somebody they viewed as wildly unfit for the job but thrilled because surely the electorate would reject a crass demagogue and the party that enabled him.

Voters would eventually punish Republicans, but it took Trump’s failed campaign for a second term before Democrats were able to claim control of the White House, House and Senate. In the meantime, Democratic leaders were left to grapple with what his ascent said about the country, their colleagues and the very system of American government.

Few Democratic officials have done so in print, however, because they are still serving and because the Trump story is still unfolding. Schiff is one of the first to try to account for the last five, tumultuous years in American politics. As the chairman of the House Intelligence Committee and a top lieutenant to House Speaker Nancy Pelosi, Schiff is well positioned to deliver insights on the time of Trump, at least from the perspective of a Democratic insider.

“Midnight in Washington” delivers on that promise. Fittingly for a regular on television news shows, Schiff’s volume reads like a well-composed MSNBC segment on the Trump presidency — but with behind-the-scenes details on the working of Congress to go with the liberal commentary. The book is also something of a midlife memoir, as Schiff recalls his career as a prosecutor, his early campaigns and his first years in Congress following his 2000 election. There are recurring touches about his wife, Eve — yes, he notes, Adam and Eve — and some attempts at grounding himself by recounting how his two children responded to his Trump-era fame. (His daughter, borrowing Trump’s favorite insult for him, told him why so many strangers now recognized him: “Well, Dad, it’s the pencil neck.”) Mostly, though, this is a blistering indictment of Trump and his Republican enablers set alongside a what-I-saw-at-the-revolution account of Schiff’s role investigating Trump’s misdeeds.

Want to keep up with the latest and greatest in books? This is a good place to start.