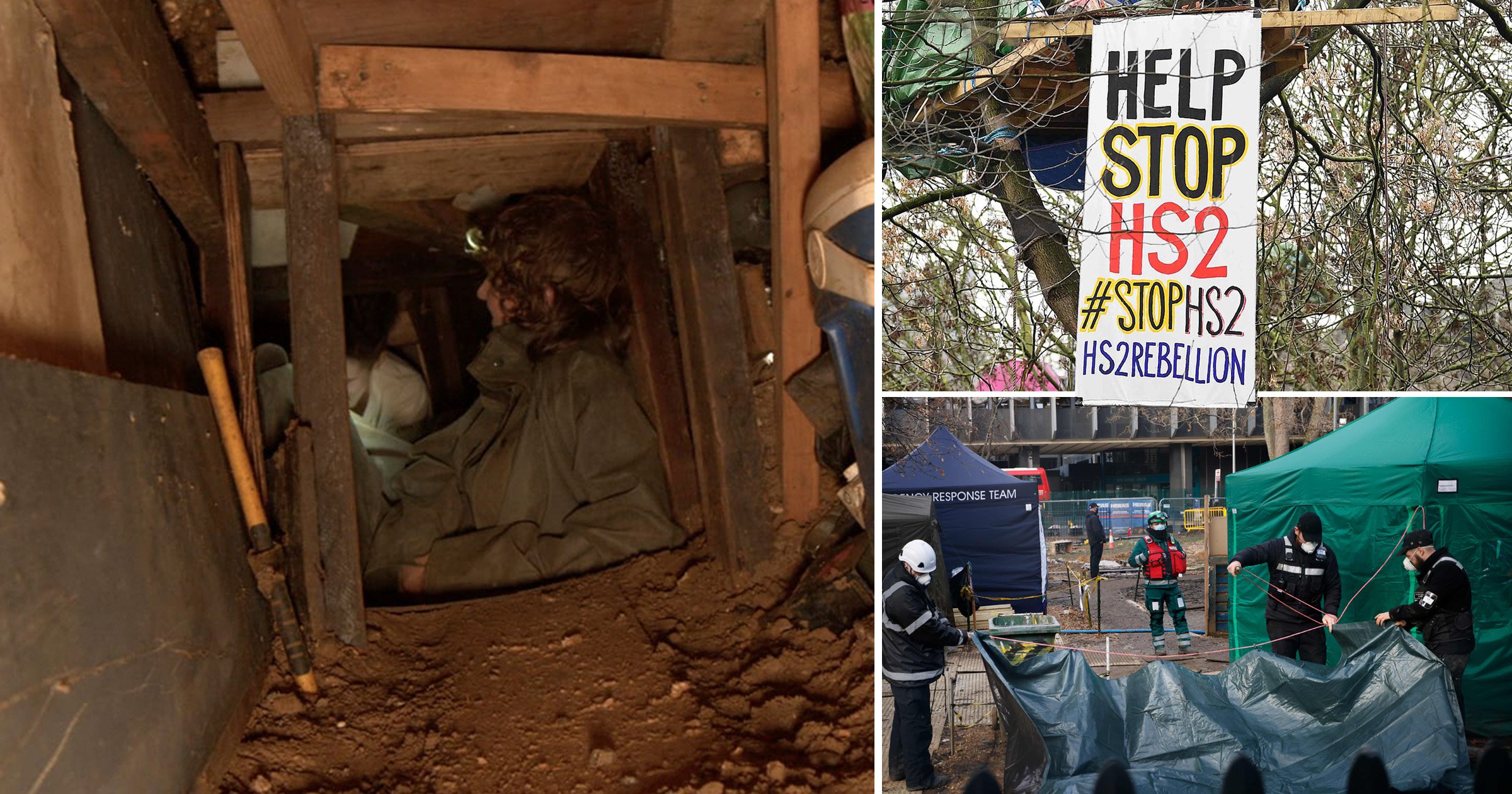 The final activist protesting against HS2 in a network of tunnels has left the site after 31 days underground.

Nine protesters had been holed up at the London site for weeks, with bailiffs attempting to remove them. Some of them have since been charged and appeared in court after coming out of the tunnels.

The network was discovered on January 26, after being created in secret by campaigners who object to the redevelopment of the gardens and the environmental impact of the high-speed railway line.

In a statement on Friday morning, HS2 Rebellion – the organisation behind the campaign – said: ‘Between 9am – 10am at Euston Square Gardens the anonymous person also known as “Bradley” will be the final tree protector leaving the tunnel after a fantastic 31 day occupation.’

They branded the end of the protest an ‘historic moment’.

‘HS2 accepts the right to peaceful protest, but when the UK is dealing with the pandemic, the actions of these individuals has put additional pressure on public services, including the NHS, Metropolitan Police and the London Fire Brigade.’

The company also claimed that it was ‘subject to numerous incidences of violence and criminal activity during this operation, including alleged theft and assault’, and added: ‘Instead of wasting public resources on illegal actions, we urge environmental organisations to support a project that will help cut the number of cars and lorries on our roads, cut demand for domestic flights and help the country’s fight against climate change.’