This is the moment an ambulance was forced to stop after it crashed into a car queuing for fuel amid raging panic buying across the UK.

The ambulance was racing to an emergency with a blaring siren and flashing blue lights – but was forced to slow for gridlocked vehicles outside a Shell garage in south London.

It had almost made it past the queue when it hit the back of a stationary car on Bromley Hill on Saturday evening.

The incident comes as ministers insist there is no fuel shortage, saying the only reason why pumps will run dry is panic buying.

A shocked witness said emergency workers were forced to pause work to exchange details with the motorist, as required by law.

Onlooker Millar Blane told The Mirror he worried for the person waiting for the ambulance as he watched the incident in Bromley unfold yesterday.

He said: ‘An ambulance with sirens on, making its way through the double queue, uphill and downhill, at the entrance to the petrol station which was blocking all through-traffic.

‘Then the ambulance stopped the siren, parked and went to talk to the people in the car, exchanging details – as they should by law.

‘But presumably, there remains a victim somewhere in a desperate state, requiring urgent medical attention.’

A London Ambulance Service spokesperson said another ambulance was sent to the patient as staff dealt with the crash. 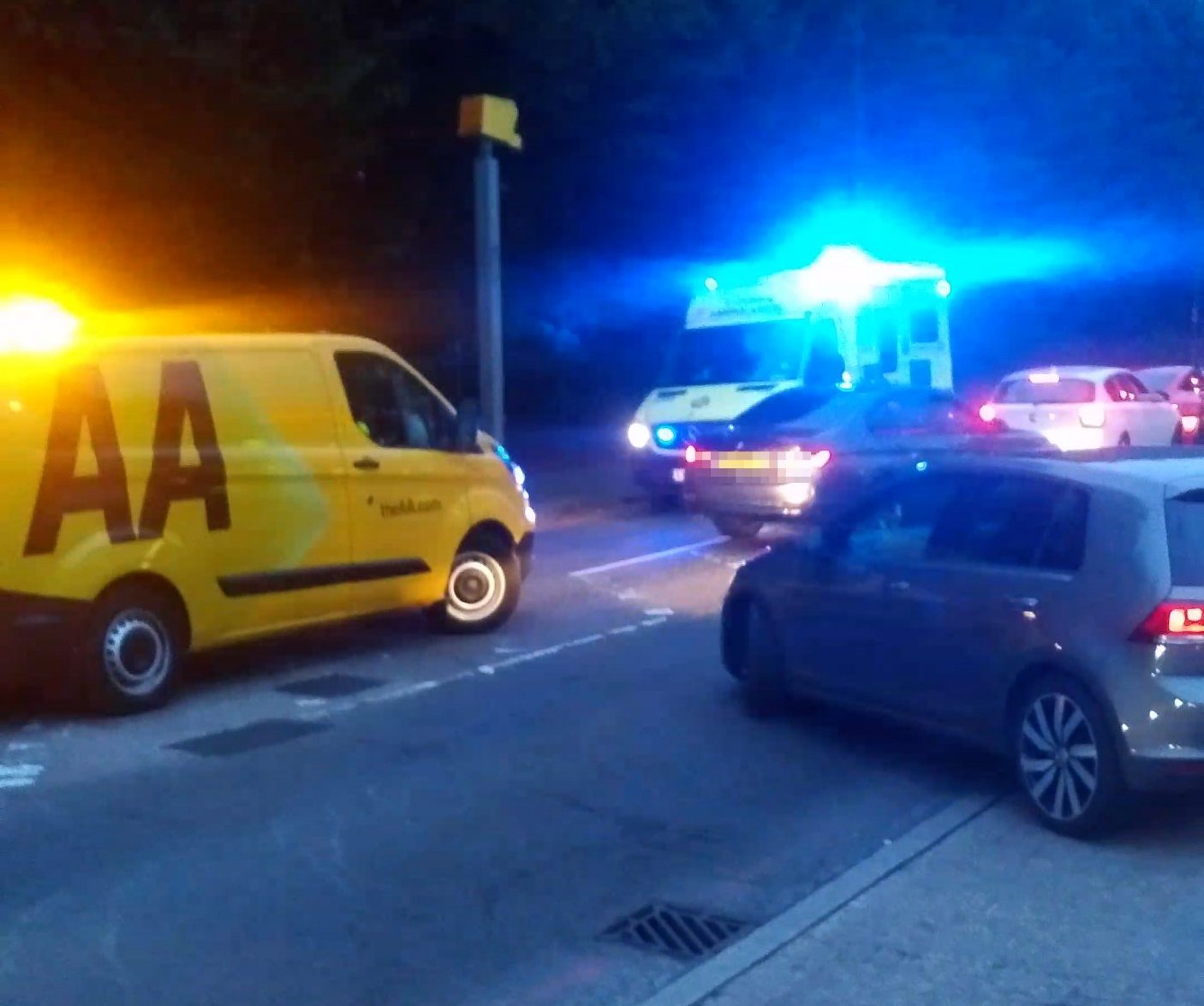 A statement said: ‘We can confirm that one of our ambulances was involved in a collision with another vehicle on Bromley Hill at approximately 6.55pm (Saturday, 25 September), while on a blue light call to a patient.

‘As a result of the incident, the ambulance was out of service for a short amount of time and a different ambulance crew attended the patient.’

Some stations have been forced to ration fuel or shut completely as stockpilers flock stations amid a national shortage of tanker drivers.

The South Central Ambulance Service has revealed crews are ‘being delayed at some petrol stations as they join the queue to refuel’.

A spokeswoman said: ‘Could we please encourage everyone to follow Government advice and only refuel should you need to.’

More than 10,000 foreign workers will be granted temporary visas as the Government is urged to ‘save Christmas’.

But experts have warned there is a shortage of around 100,000 HGV drivers across the UK, saying the new scheme is ‘too little, too late’.