FOX Business’ Jeff Flock reports on how airlines are faring during the coronavirus outbreak and how the industry responded to Director of the National Institute of Allergy and Infectious Diseases Dr. Anthony Fauci saying he wouldn’t fly or eat at restaurants right now.

American Airlines has asked a judge to throw out a class-action lawsuit seeking airfare refunds for trips that were canceled amid the novel coronavirus pandemic, arguing the people seeking reimbursements canceled their own flights and are therefore not eligible or agreed to arbitration upon buying their tickets, court papers show.

Lawyers representing the airline told a judge Thursday that two of the three plaintiffs who had proposed the class-action suit had agreed to arbitration clauses when they booked their trips through Hotwire and Expedia, according to the airline’s motion to dismiss, which was published online by Law360.com.

“Those agreements expressly state that the purchaser must bring any claims against travel suppliers (like American) in individual arbitration or small claims court, and that travel suppliers like American are intended beneficiaries of the agreements to arbitrate,” court papers state. “As such, those plaintiffs’ claims must be resolved by an arbitrator, and should be dismissed.”

The lawyers also argue that, according to American’s “conditions of carriage,” passengers will typically only be eligible for refunds if the flight was canceled by the airline. 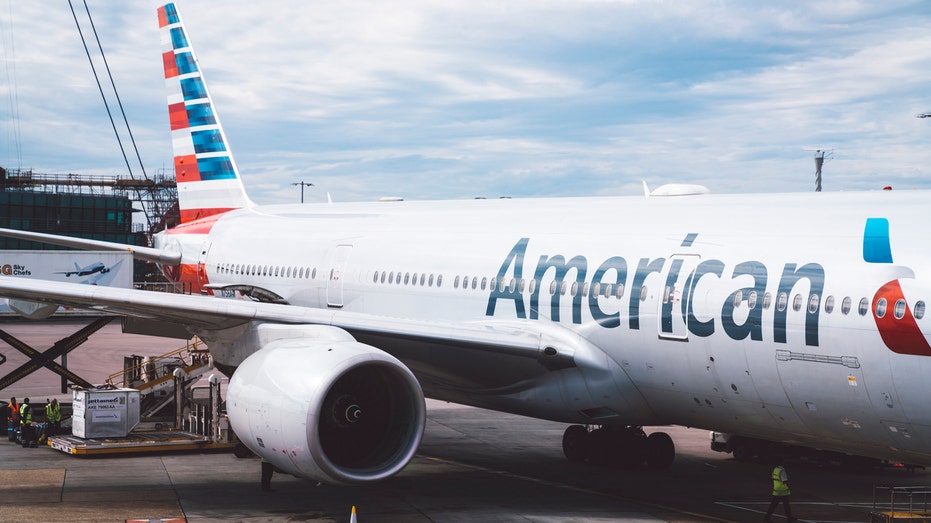 “American ‘do[es]n’t refund cash for non-refundable tickets’ when passengers themselves ‘cancel [their] trip before departure,’” court papers further state. “Rather, such passengers may instead apply the ‘value of [their] ticket toward future travel on American,’ after pay[ing] a change fee plus any difference in fare.’”

The motion further points to the U.S. Department of Transportation’s own ruling on the matter, as outlined in a May 12 document for Frequently Asked Questions “Regarding Airline Ticket Refunds Given the Unprecedented Impact of the Covid-19 Public Health Emergency on Air Travel.”

“Passengers who purchase a non-refundable ticket on a flight to, within, or from the United States that is still being operated without a significant change, but would like to change or cancel their reservation, are generally not entitled to a refund or a travel voucher for future use on the airline,” the DOT document states. “This is true even if the passenger wishes to change or cancel due to concerns related to the COVID-19 public health emergency.”

Three people – Lee Ward, William Holloway and James Saunders – filed the lawsuit seeking class-action status on April 22, accusing airlines of breaking consumer protection rules and government guidelines by only offering company credit to be used toward future flights, Law360 reported. All three individuals canceled their trips that were planned through American Airlines for March, April and May.

According to the outlet, their attorneys also cited a DOT enforcement document, though this one from April 3, which states “passengers should be refunded promptly when their scheduled flights are canceled or significantly delayed.”

The lawsuit also slammed American Airlines for refusing to provide refunds despite receiving a $4.75 billion loan from the Treasure Department in July in addition to $5.8 billion that Treasury had already agreed to extend.

"American not only has a moral responsibility to provide real refunds, it has a legal obligation to do so, particularly in light of the substantial bailout it received from American taxpayers, including plaintiff and the class members," the complaint stated, according to Law360.

Lastly, American’s motion to dismiss also claims that none of Ward’s tickets were even issued by the airline, but were instead were purchased through and issued by LATAM Airlines, which, according to the court papers, “has the ability to sell seats on American flight segments as part of the tickets that it sells to its customers.”

The Associated Press contributed to this report.