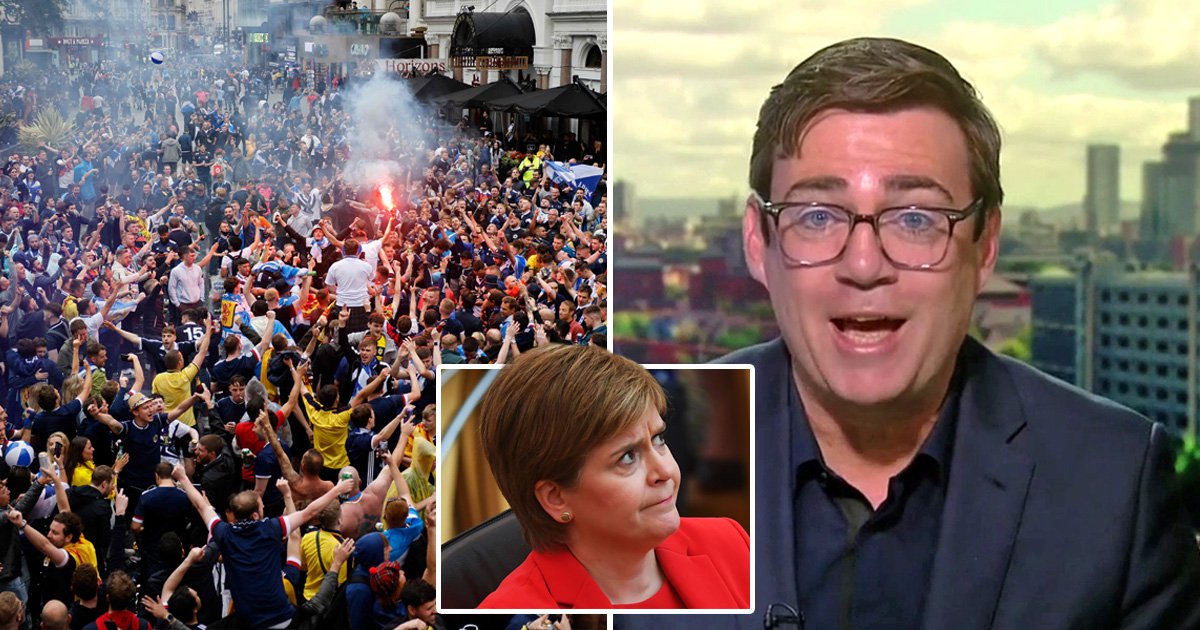 Greater Manchester mayor Andy Burnham has accused the Scottish Government of ‘hypocrisy’ over a travel ban to the North West.

Scottish First Minister Nicola Sturgeon announced on Friday all non-essential travel to Manchester and Salford would be banned from Monday.

But Labour mayor Mr Burnham said he was not contacted before the announcement, and it came ‘out of the blue’.

When asked on The Andrew Marr Show on Sunday about the scenes of Scottish football fans ‘dancing’ in London prior to the Euros against England on Friday, he responded: ‘I just think it’s double standards, it’s hypocrisy.’

Mr Burnham added Ms Sturgeon was treating the North West the same as the SNP always accuse the Westminster Government of treating them when not consulting him.

Mr Burnham said he wanted his constituents who planned to travel north of the border to be financially compensated by the Scottish Government.

‘I’ll be writing to the First Minister today,’ he said.

‘Why should a couple from Salford who are double jabbed who are about to go on a walking holiday in Scotland not be able to go?

‘It’s completely disproportionate in my view – we could have come up with a different arrangement if the First Minister had been in touch with us.’ 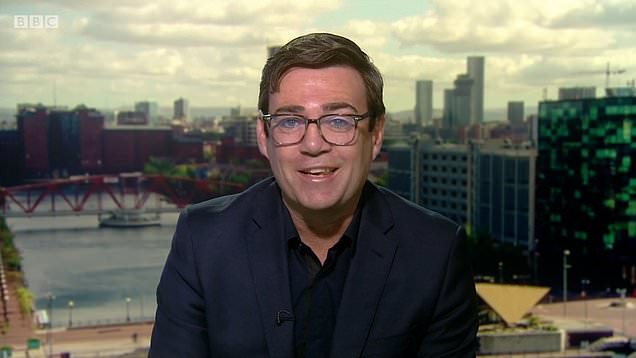 During a coronavirus briefing on Friday, Ms Sturgeon pinpointed Manchester and Salford as Covid-19 hotspots, despite figures in the cities matching case rates in parts of Scotland.

She added: ‘Anyone travelling elsewhere in the Greater Manchester or Lancashire area, I’d ask to think carefully about whether your journey is really necessary, because we do see cases rising across that region.’

Mr Burnham added there should be ‘an arrangement’ put in place, which would mean there would have to be consultation between Scotland and the north of England before such a travel ban was issued.

Speaking on BBC Scotland’s The Sunday Show, Scottish Government trade minister Ivan McKee said a decision on Covid-19 had to be made quickly.

The travel ban came as Scotland recorded 1,205 cases of coronavirus in the past 24 hours, with no registered deaths.

Get in touch with our news team by emailing us at [email protected]For more stories like this, check our news page.