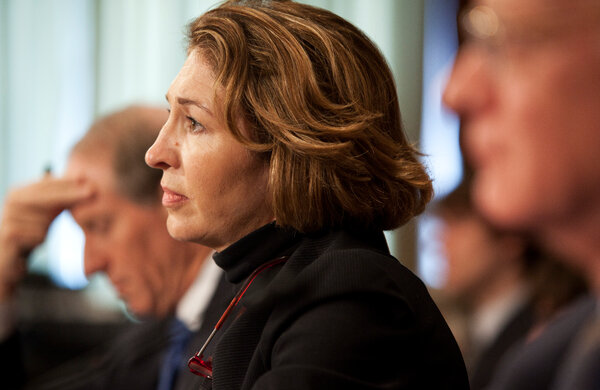 From Crisis to Transformation in Our Lives, Work, and Politics

In the summer of 2017, Anne-Marie Slaughter feared her career might be over: “I would be disgraced and out of a job on grounds that would make it very difficult for me to get another one.” Hers was a high-altitude career, proceeding from Harvard Law professor, to dean of Princeton’s School of Public and International Affairs, to an appointment as a top State Department official under Hillary Clinton, to C.E.O. of a Washington think tank. The tumble she envisioned would be a long way down. But Slaughter kept her job, and what she says she learned makes up the spine of “Renewal: From Crisis to Transformation in Our Lives, Work, and Politics.” She writes that her travails inspired her to conclude that “personal transformation can illuminate and inspire social change.” But for it to do so, individuals, organizations and entire societies “must face both the past and present with radical, even brutal honesty.”

It’s hard, however, for the reader to grapple with the mess Slaughter was in, because instead of radical and brutal honesty, we get cryptic references to the events in question. She writes: “New America, the organization I led, was in the midst of a full-blown crisis caused by an employee’s accusation that we had decided to fire him and his colleagues due to pressure from a funder,” adding that this accusation was “neither accurate nor fair.”

That funder, unnamed by her, was Google, as I found out by googling. I’ll skip the details too, but the imbroglio involved a conflict between the head of a program at New America concerned with the dangers of corporate monopolies, particularly tech giants, and Slaughter’s concern about not offending Google. Over the years, Eric Schmidt, the onetime chairman of Google as well as New America, had largely been responsible for the donation of more than $20 million to the organization.