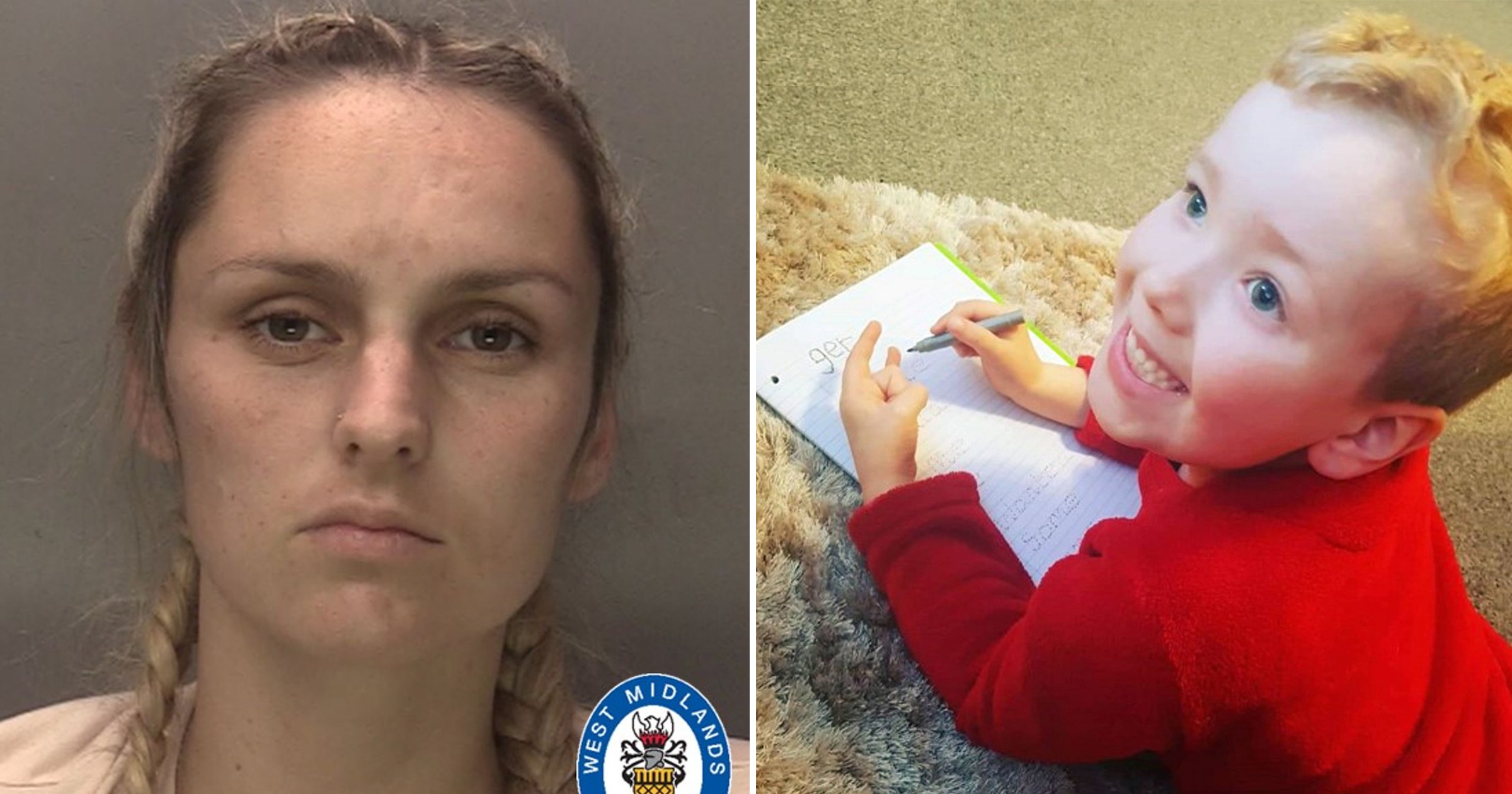 The stepmother found guilty of murdering six-year-old Arthur Labinjo-Hughes has been subject to ‘poisoning with salt’ in prison, it has been claimed.

Emma Tustin, 32, was jailed for life with a minimum term of 29 years on Friday, while Arthur’s father, Thomas Hughes, 29, was jailed for 21 years after being convicted of manslaughter.

Arthur suffered an unsurvivable brain injury when he was assaulted by Tustin in the hallway of her home in Solihull in June 2020.

The pair subjected Arthur to a ‘campaign of cruelty’ in the weeks leading up to his death, poisoning him with salt and starving him.

His treatment was so severe he was left in a state that matched the ‘medical definition of child torture’.

Now, it has been claimed some of Tustin’s fellow inmates at Eastwood Park Prison, Gloucestershire, spiked her meals with salt after learning of her crimes.

Elaine Pritchard, a former cellmate of Tustin’s for six weeks, told The Sunday Mirror: ‘Some of the things we did were cruel – but she was crueller to Arthur so she deserved it.’

She claims Tustin ‘never mentioned’ Arthur’s death while sharing a cell with her and told inmates she was being held in prison because of Hughes’ ‘neglect’.

Elaine said: ‘She always felt sorry for herself.

‘One day she came back from a plea hearing and was upset, so I asked, “What’s wrong?” She said, “He didn’t look at me, Tom never looked at me.”

‘That was the only time I saw her upset about anything.’

Elaine says after discovering the truth about the charges Tustin was facing, she confronted her in their cell, then called prison officers.

Tustin was moved to a different cell, but Elaine said inmates added salt to her meals after learning how she poisoned Arthur.

Following Tustin and Hughes’ trial, there have been calls for their sentences to be reviewed with some saying the pair should receive whole life sentences.

The Attorney General’s Office (AGO) has confirmed their sentences are to be reviewed and Arthur’s grandad, Peter Halcrow, 61, has called for the couple to be locked up indefinitely

There is also going to be a major review into the circumstances leading to Arthur’s death after it emerged the boy had been seen by social workers two months before he died.

Dame Rachel de Souza, the Children’s Commissioner for England, said more must be done to support social workers to spot similar cases, but the coronavirus lockdown has ‘weakened’ the system.

She said children needed to be listened to, adding: ‘Obviously, there’s a serious case review under way and we need to see what that says but we must take decisive action and now.

‘Now, my concern is that here we are 20 years since this post was set up and we’re still having these cases and there are two things that I think we absolutely have to do and do now.

‘We must listen to the voices of children and secondly, no doubt with these reviews and national reviews that are absolutely right that they happen, they tend to make the same recommendations. It’s not a matter of system recommendations, it’s a matter of delivery.’

The National Child Safeguarding Practice Review Panel will lead the review into the care Arthur received.

It will also provide additional support to Solihull Children’s Safeguarding Partnership to ‘upgrade’ the already existing local review which was launched shortly after Arthur’s death in June 2020.

Dame Rachel said the reviews and changes needed in the system were ‘not a quick fix, an easy recommendation’.

‘The best places in the country that do this have taken, three, four, five years to do this. It’s a big job but we must do it for Arthur and we have to do it.

‘I think there’s no doubt that lockdown was such a shock to the whole nation that it weakened the system of support but, actually, in Arthur’s case he did have a number of professionals around him, he did have home visits, we have to wait to hear exactly what’s happened there.’