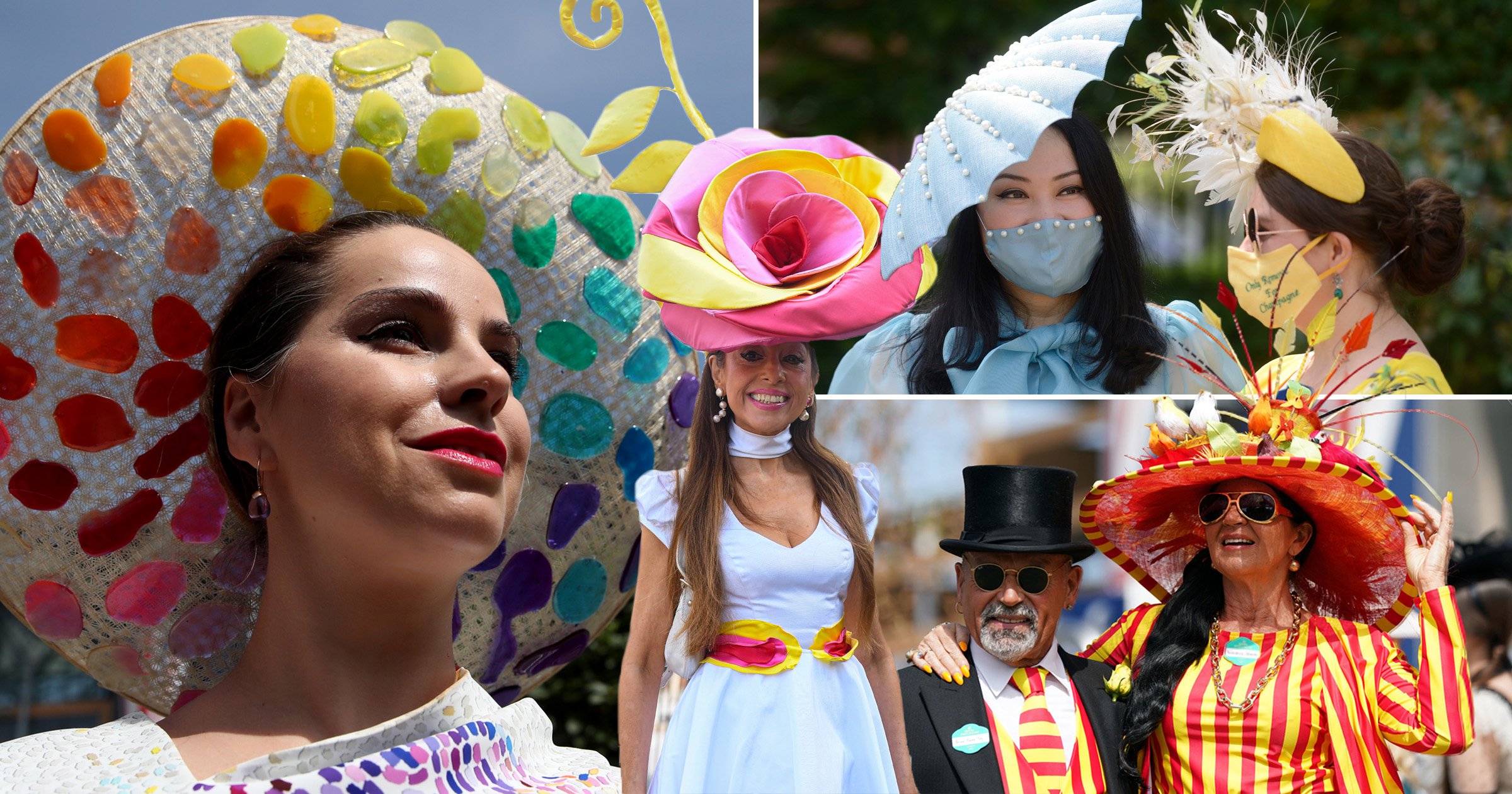 Ascot attendees have begun descending on the Royal racing event of the year and they have certainly dressed to impress for the occasion.

The first day of Royal Ascot has been kicked off in style with a spectacular array of jazzy, wacky, vibrant and, at times, very heavy-looking headwear.

Hat makers have been working at full capacity to get the Ladies of Ascot ready to unveil their grand designs for the five-day famous Berkshire event this week.

After last year’s races were held behind closed doors due to the pandemic, there was a buzz in the air as attendees arrived this morning dressed in smart three-piece suits and summer dresses.

The Queen, who is a passionate horse breeder and was a regular Ascot attendee before the pandemic, is set to make an appearance in the Royal box later this week.

And William Hill has already opened a book on a favourite bet among racegoers – the colour of Her Majesty’s hat.

Blue is so far the early favourite with odds of 3-1.

Spokesman Rupert Adams said: ‘Blue looks the bet and we have already seen money for the favourite.’

Her Majesty will be cheering on her horse King’s Lynn, which is running in the King’s Stand Stakes later today, from the comfort of Windsor Castle this afternoon.

Traditionally, the Queen arrives in a carriage procession with her guests – but it is likely to be by limousine this year due to Covid.

Her racing manager said the sport has offered the 95-year-old a ‘very broad escapism’ from all the difficulties she has had to deal with.

John Warren described the head of state as ‘fanatic’ about horse racing, and said her energy levels were ‘incredible’ despite being five years away from turning 100.

He told BBC Radio 4’s Today Programme: ‘It’s remarkable… She went down to the G7 this week, and trundled back on the train in the middle of the night and the energy will be raised higher again for a week like Ascot.’

Royal Ascot was staged behind closed doors last year but this week is admitting the public after it was selected to take part in the Government’s Events Research Programme on behalf of the sport of racing.

Each day 12,000 racegoers will be allowed to watch the sporting spectacle after providing negative Covid-19 tests.