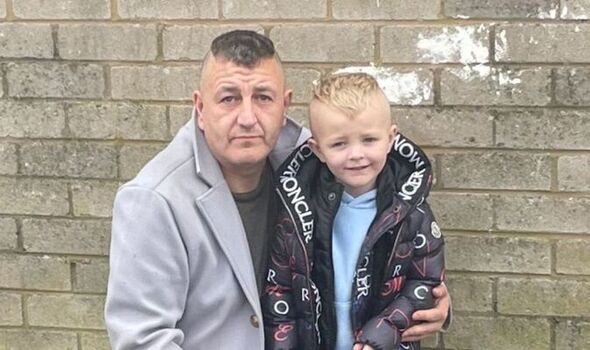 A gang of balaclava-wearing teenagers bricked a man’s car and hurled abuse at him while his three-year-old son was present.

Kevin Marshall had taken his son to visit his mum when a group of adolescents reportedly started shouting “disgusting” insults at him.

The 42-year-old claims the incident occurred on Monday evening, October 3, at the Beechwood estate in Birkenhead, Merseyside.

Kevin, from Gateacre, Liverpool, says the teenagers called him a “paedophile” and “threatened to rape” his son’s mum.

The suspects, who Kevin has described as aged between 13 and 16, proceeded to throw bricks at his car as he drove off.

The dad-of-one said the incident has seen his car written off but told the ECHO “things could have been much worse”.

He said: “The gang were all mouthing off and their language was disgusting.

“As I started to drive off, the car was pelted with bricks and we were slandered even more.

“They threatened to break into my son’s mum’s house and rape her and her eight-year-old daughter.

“They called me a paedophile because I had my son in the car.

“As soon as I’d made sure he was okay, I chased them up the road and they ran like hell.

“With the size of the bricks and the damage that’s been done to the vehicle, it could have killed him. My car has been written off.” 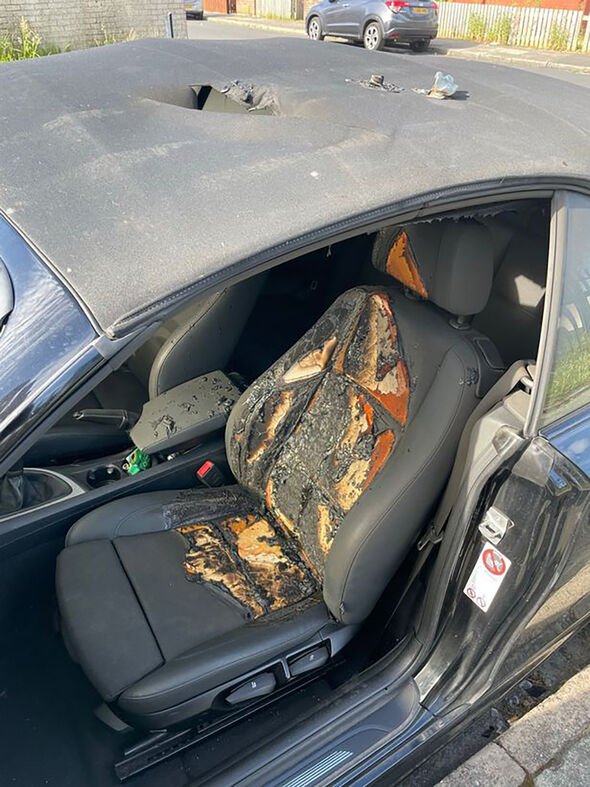 This is the second time in three months Kevin’s car has been damaged on the estate.

He said the gang responsible for Monday’s incident are “always around on the estate” and “everyone is scared of them.”

He added: “Their faces are all covered with balaclavas. They’re all in black and they all look between 13 to 16.”

A spokesperson for Merseyside Police said: “We are appealing for information following a report of criminal damage to a car in Birkenhead on Monday, October 3.

“It was reported that at around 8pm a group of males were throwing bricks at a car on the Beechwood estate which broke a window and dents to the vehicle.

“No one was injured during the incident. Enquiries are now underway to identify the suspects and bring them to justice.

“Anyone with information or witnessed the incident is asked to please contact us.”