Up to 40cm of snow could blanket parts of Europe, sparking widepsread disruption according to the latest BBC weather forecast. BBC meteorologist Chris Fawkes warned that there is a risk of “seeing some disruptive weather, mainly from snow” over the next couple days. He warned that blizzards and subzero temperatures will wreak havoc across the continent.

Mr Fawkes said: “There is a risk of seeing some disruptive weather, mainly from snow across portions of Italy and the south-east of Europe over the next couple of days.

“Over the next 24 hours, we will get some cold winds blowing in.

“Heavy snow will work across into northern and eastern areas of Italy, even down to sea level.” 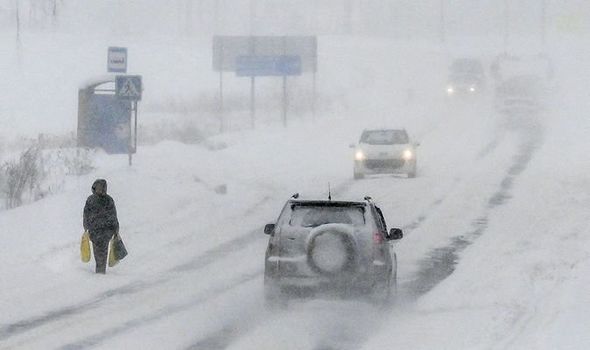 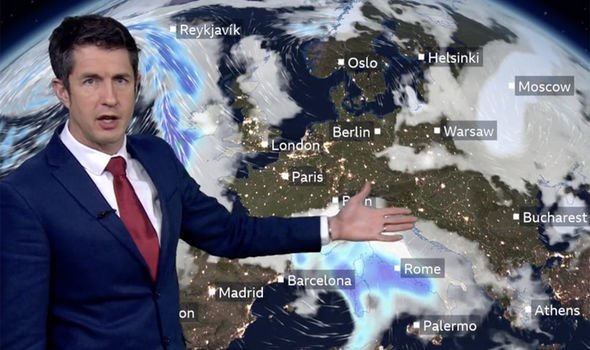 He continued: “But across the mountains here, there will be 20cm to 30cm of snow, blizzards and drifting, so there will be some disruption.

“Heavy rain will be pushing into Greece. That will be turning to snow across the mountains in the west, with 30cm, or even 40cm of snow.

“Across the north-east of Greece, we will see the snow come down to lower levels, again bringing a risk of localised disruption.

“Cold air continues to blow in across parts of Scandinavia, into central areas of Europe. 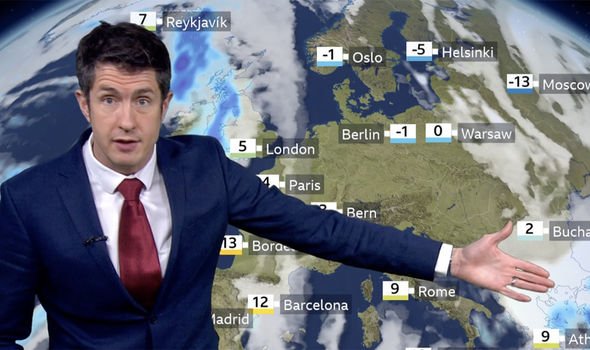 “There will be more snow to come into north-west Greece on Sunday.

“That snow will increasingly push east into the western side of Turkey, again down to sea-level, so we are likely to see some snowfall in Istanbul.”

He added that London and Paris will see “much milder” weather into next week. 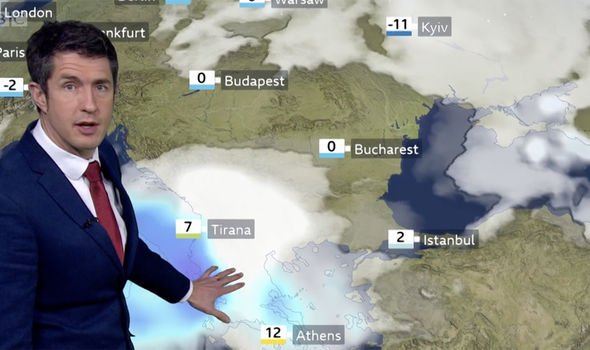 Temperatures in the UK are set to rise into double figures, according to the forecast.

This comes despite the Met Office’s station in Braemar, Aberdeenshire, recording a temperature of minus 23C on Wednesday night, the lowest in the UK since 1995.

The “extreme freeze” also saw the mercury plummet in areas in the Scottish Highlands, such as Kinbrace and Strathallan, to minus 21.3C and minus 18.2C respectively.

Oli Claydon, a spokesman for the Met Office, said that some of the records had been broken by “quite some way”.