Temperatures will be rising across Europe over the coming few days to above average for many as southerly winds are picked up, according to BBC meteorologist Helen Willetts. However, the weather presenter also warned that low pressure will be giving some heavy downpours across Iberia. She noted that it will be quite mild with further rain and strong winds for parts of Norway and northern Sweden as well.

London and Paris will see highs of 16 and 17 degrees Celsius respectively this weekend, as well as a sunny 16 for Madrid.

Athens is forecast to have the best of the warmth with a steady 21-degree high throughout the week, and Rome just one step behind with 20 degrees for the whole week too.

Ms Willetts told viewers: “But this high pressure is giving us some fog issues and frost issues.

“By day there’ll be some sunshine with temperatures rising above where they should be. 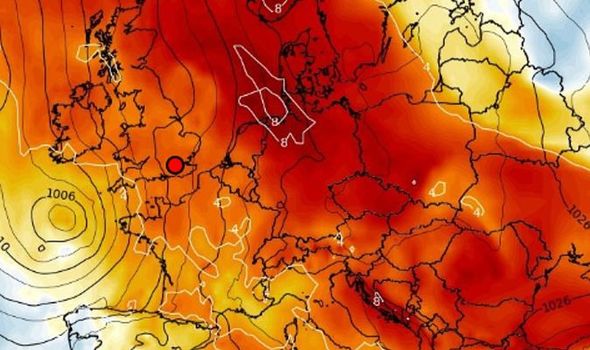 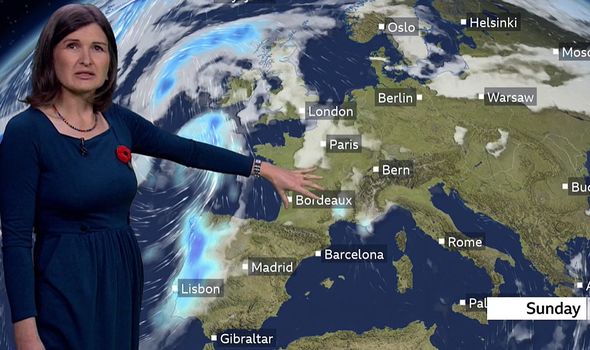 “You can see some unsettled weather down across the southern and eastern parts of the Mediterranean.

“So they may well affect Cyprus and some parts of the Levant as well.”

She continued: “We’ve got some rains moving away from northern Turkey and Georgia heading into eastern parts, into central Asia.

“Then we’ve got these fog issues and low cloud issues under the stagnant area of high pressure. 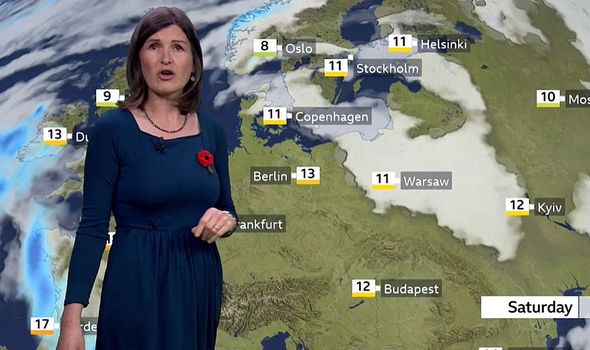 “There’ll also be some rain and wind for the far north.

“Sunday continues that rain and wind, we’ve still got that low pressure.”

The BBC presenter added: “Further rains will be moving in across Iberia, some affecting southern parts of France.

“They will peter out but move across the Alps. 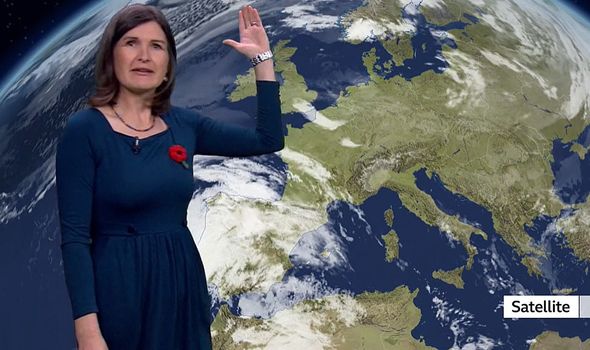 “There’ll be low pressure towards the northwest of the United Kingdom as well.”

Ms Willetts said: “But high pressure will be ruling the roost elsewhere so there’ll be a bit of chilly weather and the fog will linger, and of course the overnight frost.

“But otherwise very little rain is being forecast for the likes of London and Paris. Showers will never be too far away from Madrid to start the weekend, but easing, from the looks of things, into next week.

“It will be a little bit cooler heading towards frost levels in Moscow, but warm still for Athens.”