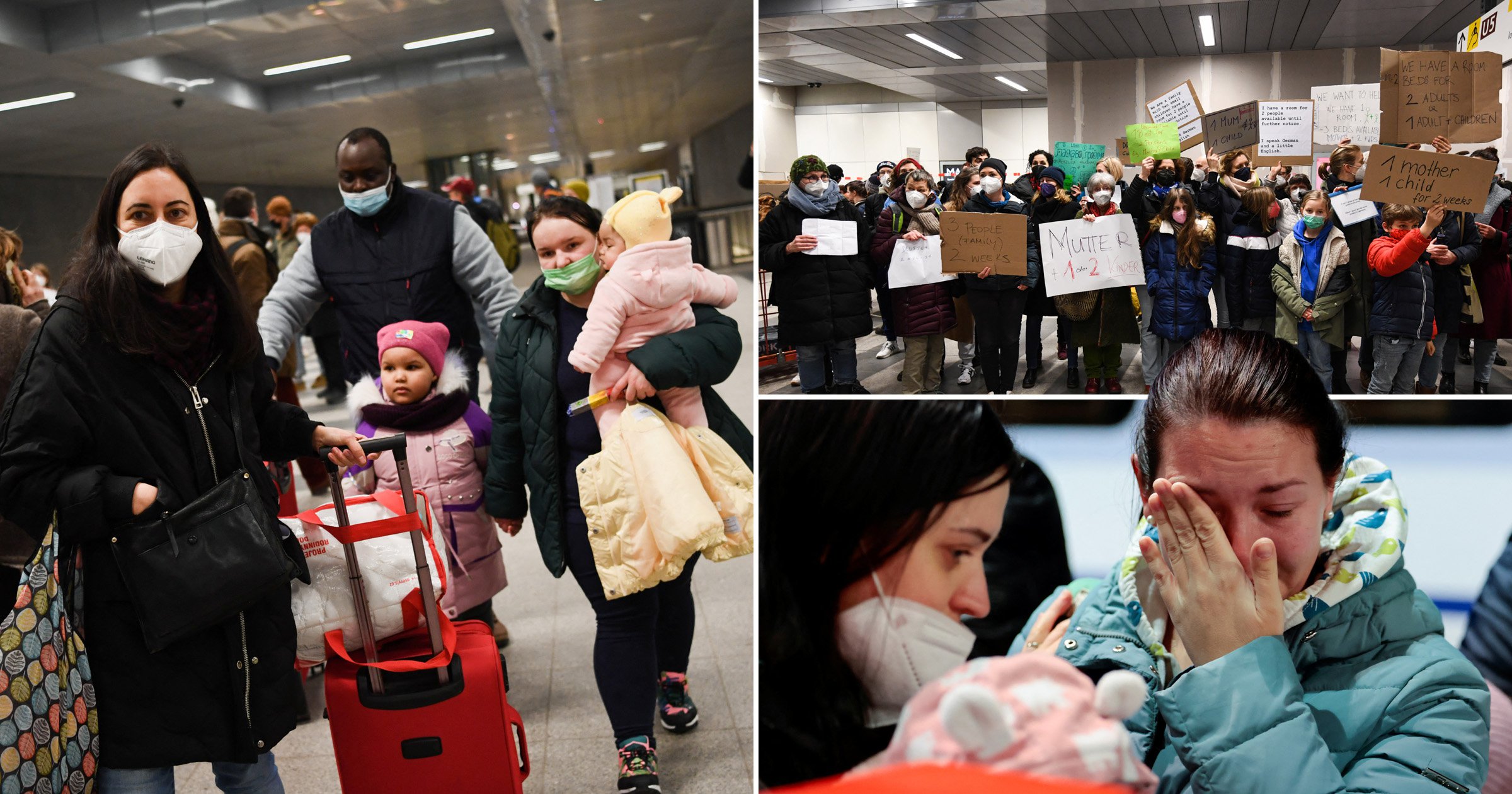 Ukrainian refugees arriving at Berlin’s main train station have been greeted by hundreds of people offering them a safe place to stay.

Berliners have turned out in their dozens to welcome those fleeing from the east with signs saying how many people they can accommodate, for how long and what languages they speak.

One million people have fled Ukraine since Russian president Vladamir Putin launched an invasion of the country on February 24.

UNICEF estimates 500,000 of those who have escaped are children.

People have fled to eastern Poland, Slovakia, and Hungary and northern Romania since the start of the invasion, according to the United Nations.

More than a thousand have arrived in Germany after the railway operator Deutsche Bahn offered refugees free travel.

At Berlin’s Hauptbahnhof, there have been emotional scenes as refugees arriving at the main station are greeted by people wanting to help them.

One floor of the station has been transformed into a makeshift welcome centre, with volunteers serving up hot food, handing out warm clothes and shoes and toys for children.

‘You feel sort of helpless, so I wanted to at least help someone to get a few nights good sleep,’ Paulin Nusser, 26, a student living in a shared flat holding up a sign offering a couch for a few nights, said.

David Henning, 31, said he was giving over one floor of his hotel to refugees.

So far, he had welcomed fleeing students who just needed one night’s rest before continuing their trip as well as several mothers and children who needed a while to figure out their life.

Anastasia, who is one of those to have escaped Ukraine said she had barely slept in the 90 hours it took her to reach Berlin.

The 31-year-old left her home city of Kharkiv, after Russian missiles started raining down on her neighbourhood, blowing out the windows of her flat.

The artist, who did not give her last name for fear of repercussions for her family left behind, is one of more than a thousand people, mainly women and children, arriving in Germany each day via Poland to seek refuge.

‘We left our home the moment the planes shot at our community and the glass in our windows broke,’ Anastasia said.

Sobbing, she added that she was afraid for the men of conscription age who were obliged to stay and help in the defence.

Anastasia said she hoped to travel on to Munich from Berlin where she had relatives she could stay with.

As the crisis in Ukraine has unfolded there has been a groundswell of grassroots support across Europe from people eager to help refugees.

Donation collection points for Ukrainians have sprung up cities in European counties in recent days as people try to those affected by the war.