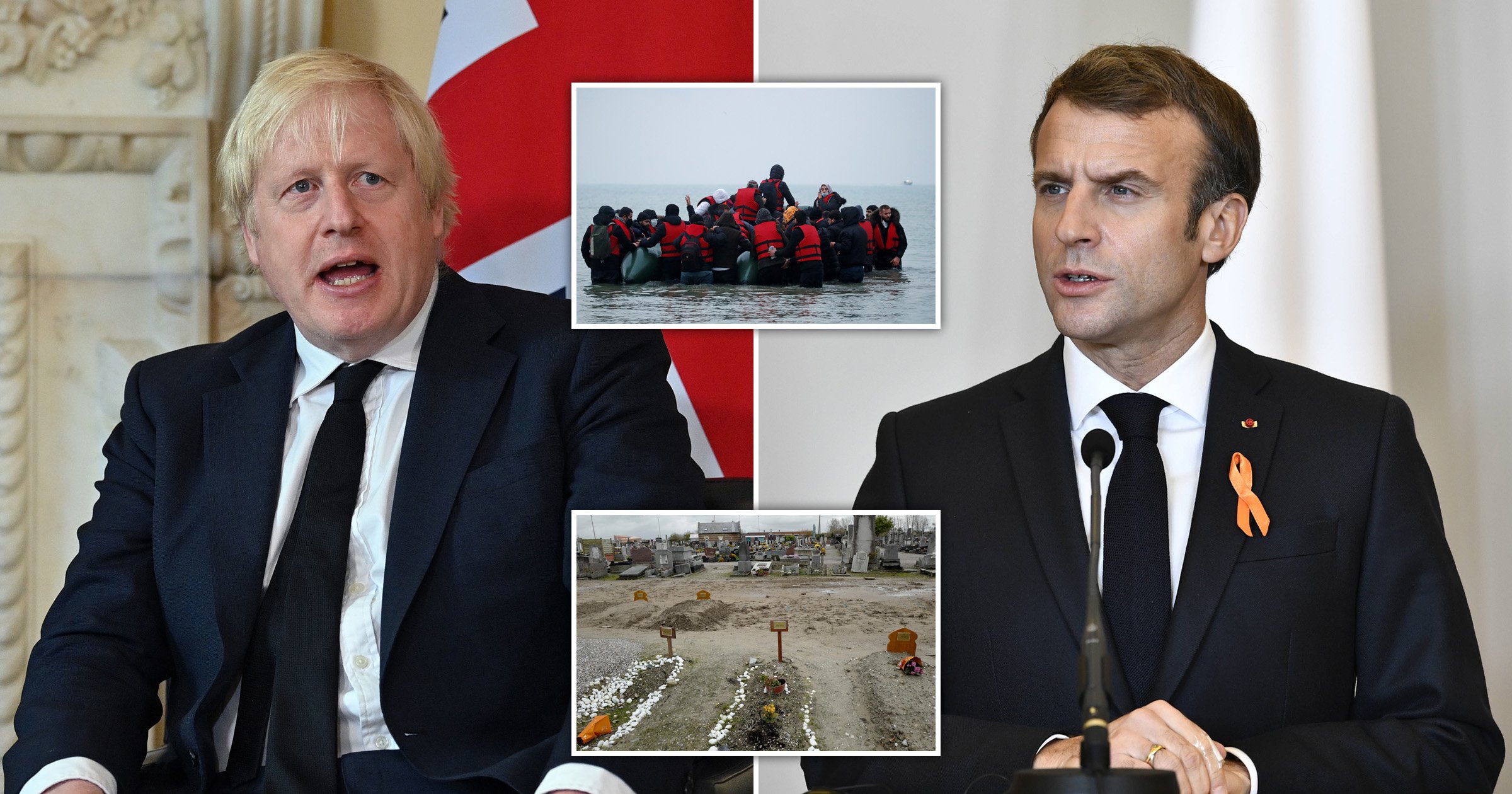 Boris Johnson has set out a five-point plan to Emmanuel Macron after the ‘catastrophe’ in the Channel yesterday.

The prime minister wrote to his counterpart in Paris urging more cooperation to prevent people from attempting the dangerous crossing.

More than 25,000 people have traversed the treacherous waters in small boats so far this year and 27 people lost their lives trying to emulate them yesterday.

The French prosecutors’ office investigating the incident said the dead included 17 men, seven women, plus two boys and one girl believed to be teenagers.

President Macron confirmed he was seeking ‘extra help’ to crackdown on the human trafficking networks operating on the north coast of France.

Mr Johnson said his plan, which includes joint patrols to prevent boats from leaving France and a bilateral returns agreement, would have ‘an immediate and significant impact’ on crossings.

He also suggested that the agreement would be in France’s interest by breaking the business model of criminal gangs running the people smuggling trade from Normandy.

In an open letter published on Twitter, he called for joint patrols to prevent more boats from leaving French beaches and the deployment of more advanced technology, like sensors and radar.

Mr Johnson added: ‘If those who reach this country were swiftly returned, the incentive for people to put their lives in the hands of traffickers would be significantly reduced.

‘This would be the single biggest step we could take together to reduce the draw to Northern France and break the business model of criminal gangs.

‘I am confident that by taking these steps and building on our existing cooperation we can address illegal migration and prevent more families from experiencing the devastating loss we saw yesterday.’

Earlier, Home Secretary Priti Patel said the drownings were a ‘dreadful shock’ and described the crossings as ‘absolutely unnecessary’ after renewing an offer of sending British officers to join patrols on French beaches during a call with French interior minister Gerald Darmanin.

She said during an emergency statement in the Commons: ‘There is also no quick fix.

‘This is about addressing long-term pull factors, smashing the criminal gangs that treat human beings as cargo and tackling supply chains.’

The government later confirmed Ms Patel would meet Mr Darmanin over the weekend to discuss the response to the crisis, while Home Office officials and law enforcement officers will travel to Paris on Friday ‘to intensify joint co-operation and intelligence-sharing’.

One group wearing life jackets and wrapped in blankets were seen huddled together on board an RNLI lifeboat before disembarking in Dover on Thursday morning. High winds put a stop to the crossings later in the day.

A joint search and rescue operation by the French and British authorities that was launched after a fishing boat spotted people in the sea off France was finally called off late on Wednesday.

Five people have been arrested by French authorities following the capsizing on Wednesday, with prosecutors pursuing possible homicide charges.