A British-owned supermarket chain supplying expats in Belgium with a taste of home is being forced to turn to Irish companies because of difficulties getting goods from the UK since Brexit.

Stonemanor in Brussels hasn’t had a delivery from the UK since before the New Year and was forced to close its two stores at the weekend for the first time in nearly 40 years.

Normally the shelves and fridges at its biggest outlet are packed with everything from British bacon and meats to well known biscuit and crisp varieties but when we visited the aisles were devoid of customers, the shelves of goods. 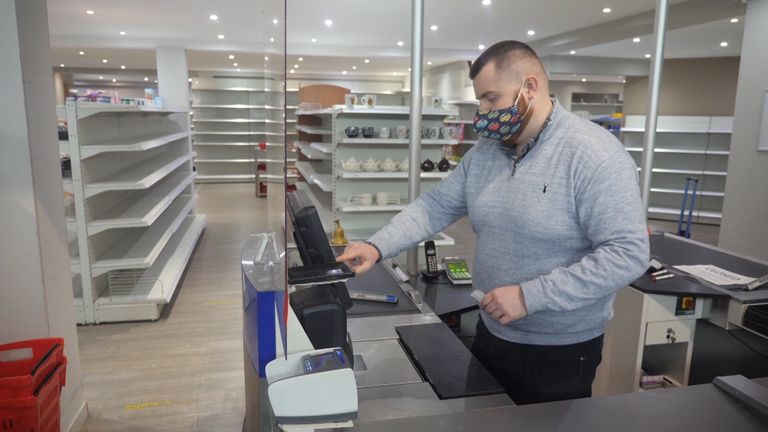 And for store manager Ryan Pearce whose grandfather founded the business it’s a depressing vision.

He said: “It’s a sorry state isn’t it? We haven’t seen anything like this in the 39 years since we have been open.”

The Pearce family had been braced for Brexit disruption and in December had brought in extra loads from the UK to stockpile. But they never anticipated things would get as bad as they have.

Mr Pearce said: “It is just the amount of paperwork required to get goods over. We are dealing with hundreds of different products on each delivery. And each product requires a commodity code. And each one has to be checked and verified. And if one is wrong it could jeopardise the whole consignment which is a risk we can’t take.”

And Stonemanor is not alone.

Major UK companies are also experiencing problems with Marks and Spencer telling Sky News: “Despite our extensive preparations, exporting goods from the UK into Europe remains overly complex particularly for the supply of fresh food products.”

Not to be defeated, Stonemanor has sought out alternative suppliers to plug the gap. While we are there an articulated lorry turns up, not from the UK but from Ireland. On board boxes of “British style” sausages and rashers to replenish the fridges. 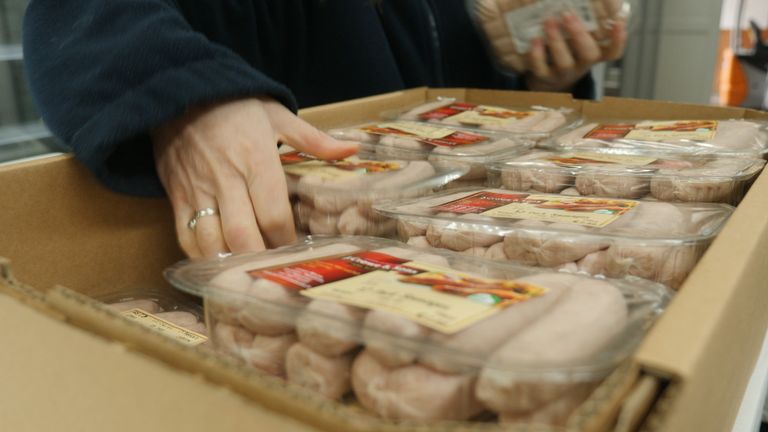 It’s the first time Stonemanor has brought in meat products directly from Ireland but the driver on board says the Brussels company is not alone in avoiding the logistics of paperwork, customs forms and accompanying delays importing from the UK into the EU.

Cathal Martley tells me things have got much busier.

He said: “Without a doubt yes. I usually do this load every week. It entails deliveries in Belgium and Holland. Usually there are six or seven deliveries at most.

“This week I have 14 deliveries so its doubled the quantity of pallets on this load alone. Also we do work to France and Germany and those loads are also very busy.” 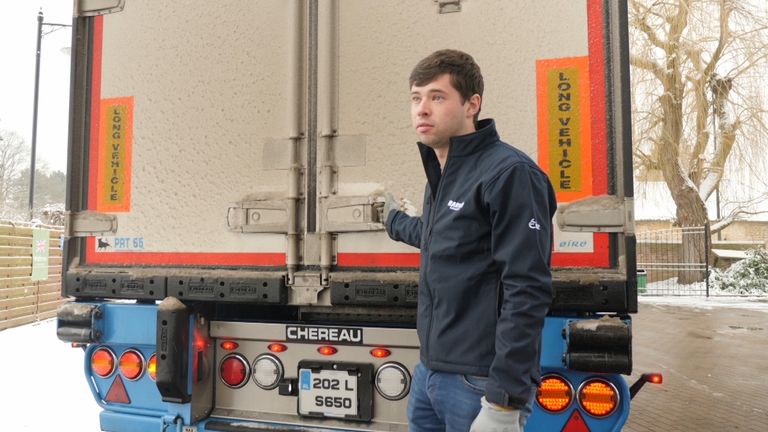 Prior to Brexit, the fastest way to get the meat products from Ireland to the EU would have involved transiting through the UK.

This is no longer the case, Mr Martley tells us.

He said: “There are lots of complications. We used to transit to the UK a lot but at the moment it is not an option because there is so much paperwork and it is hard to get all the information from the customers and suppliers.

“New Year’s Eve you could just get on a ferry from Ireland and get off in the UK and no problems, but now it could be a day or two days of a delay in ferries and ports. So there have been big changes.”

His company, like many others, are now utilising new ferry routes set up between Ireland and continental Europe. This meat delivery came in via Rosslare to Dunkirk. The journey is longer, keeping drivers in transit an extra day, but the customs complications are avoided.

And for now that’s the best alternative for Stonemanor and other outlets. The Irish called in to save the “British” bacon.