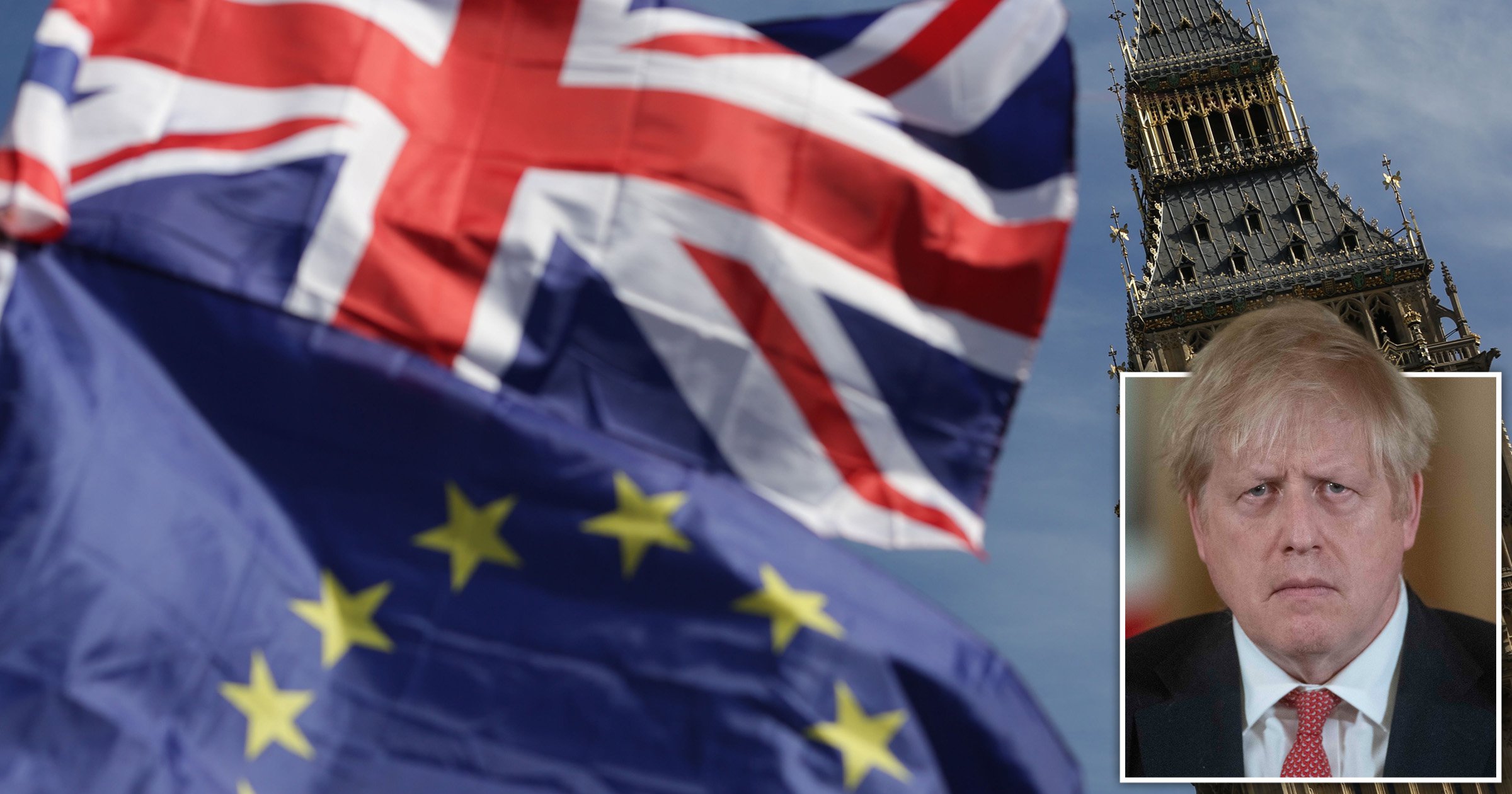 Brexit will be more harmful for the UK’s economy than Covid-19, the official public finance forecaster predicted.

The Office for Budget Responsibility chairman Richard Hughes said it would ‘reduce our long run GDP by around 4%’.

In addition, the coronavirus will reduce gross domestic product by a further 2%, he told the BBC.

Mr Hughes said: ‘In the long term it is the case that Brexit has a bigger impact than the pandemic.’

Jane Riekemann of Bath for Europe said long-lasting issues from leaving the European Union were inevitable.

She told Metro.co.uk: ‘Once Covid has stopped being the primary concern, we will still have the problems produced by Brexit: the massive amount of bureaucracy and costs incurred through leaving the Single Market and the repercussions of the disruption to the supply chain, as well as sector shortages such as HGV drivers, NHS and care workers.

‘Ironically, the government’s own 2018 impact assessments predicted much of this.

‘When Pro-EU groups suggested these problems, it was all dismissed as ‘project fear’ – it now seems that project fear is actually Brexit reality.’

This morning the chancellor Rishi Sunak was asked on the Today programme whether he agreed with the fiscal watchdog’s projections.

He said: ‘That’s their view. What I’m doing is making sure that we capitalise on the opportunities that Brexit has brought.

‘So, my colleagues Liz Truss (foreign secretary), before and now Anne-Marie Trevelyan will be doing a lot on the trade agenda and we’re seeing the benefits that will bring to the economy our ability to sign trade deals around the country, whether it’s creating new freeports in places like Teesside or Humberside or Southampton, we’re able to drive growth and create jobs in these types of areas.

‘Or yesterday we were able to reform some of our taxes, like alcohol duties in a way which we couldn’t before. And actually, that that is going to be a simpler system, a fairer system. It’s going to support pubs, but it’s also going to support public health. And that is a good outcome.

‘And those are reforms that we couldn’t have done inside the EU. So I’m glad we could do them.’

In his autumn budget yesterday the chancellor hailed an ‘optimistic’ new economy fit for the post-Covid era.

But numerous sectors have been plagued by driver shortages and rising prices in recent months, with many of the problems pinned on Brexit.

Supermarkets have resorted to using cardboard cutouts of the products they haven’t got in stock, and filling entire aisles with surplus Lynx and HP sauce in an apparent attempt to disguise shortages of other items.

There were nearly three weeks of fuel shortages and the government had to assign the military to delivering petrol to garages.

As the lorry driver shortage threatened to affect Christmas, the government announced a temporary visa scheme for 5,500 poultry workers to take up employment in Britain until Christmas Eve.

The independent OBR said ‘supply bottlenecks had been exacerbated by changes in the migration and trading regimes following Brexit’.