The mines were left behind by followers of former Islamic State leader Abu Bakr al-Baghdadi, was has been described as one of the world’s most wanted people before his death last year. The IS caliph killed himself during a US military raid in north-western Syria, President Donald Trump said.

Parts of Syria are still littered with hundreds of thousands of explosive devices, many contained within ‘bomb belts’.

Now, one team, working in the Syrian state of Rojava, is working to defuse bomb belts in a region where around five million people live.

Led by an ex-SAS bomb disposal expert, the teams are working ‘right on Islamic State’s doorstep’ to clear the area, according to The Mirror which gained access to the team working there.

Many of the state’s local population were involved in pushing back ISIS, though the area continues to be involved in a conflict with Turkish forces. 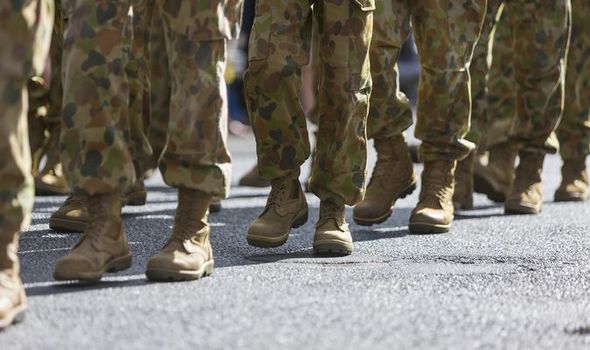 One bomb belt there stretches from the outskirts of Hasakah towards Sinjar, where ISIS committed genocide against Yazidis in 2014.

Major Chris Hunter, an ex-special forces bomb technician, told The Mirror: “It is crucial we get these mines cleared, not just to save the lives or limbs of people but for the future of Syria, allowing people to return to their homes.”

He said regeneration of the region could begin when locals are allowed to begin farming. 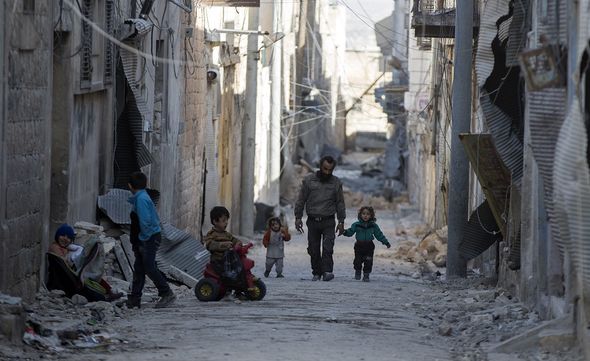 He added: “Lanes of suspected bombs are marked out by little flags, with a safe walkway cleared.

“It is like standing in on a rock out of reach of monsters. You know you are safe but it is gut-wrenchingly frightening. One wrong step, a stumble, and you are dead.”

He added the mine belts “kill hundreds of children, women, and men every year in Syria”.

The teams also have to work with the danger of sleeper cells of remaining Islamic State terrorists who continue to launch attacks in the region. 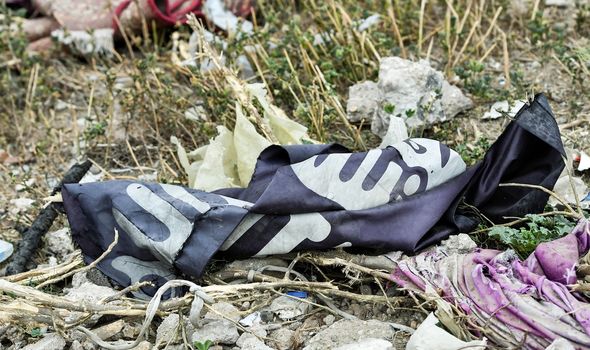 One such attack reportedly left a Kurdish general dead in recent weeks.

Some of the bomb squad members are British, though the overall team is a multinational effort run by Slovenian organisation ITF.

Each of the bombs are capable of ‘vaporising’ people who trigger them.

They are detonated when force is applied to a ‘pressure plate’, which then completes a circuit within the mine and sets it off. 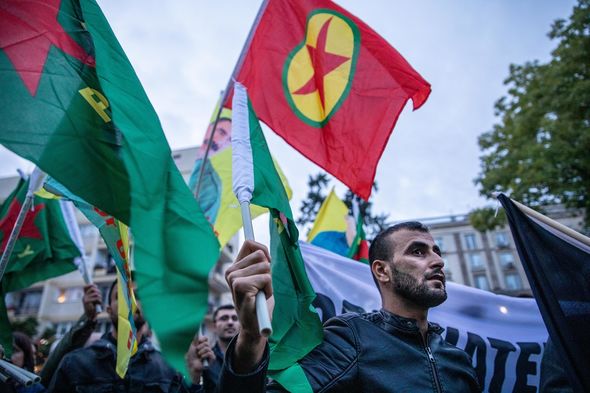 Some are also linked, so that one detonation can set off others – potentially killing more people. Many thousands of the bombs remain.